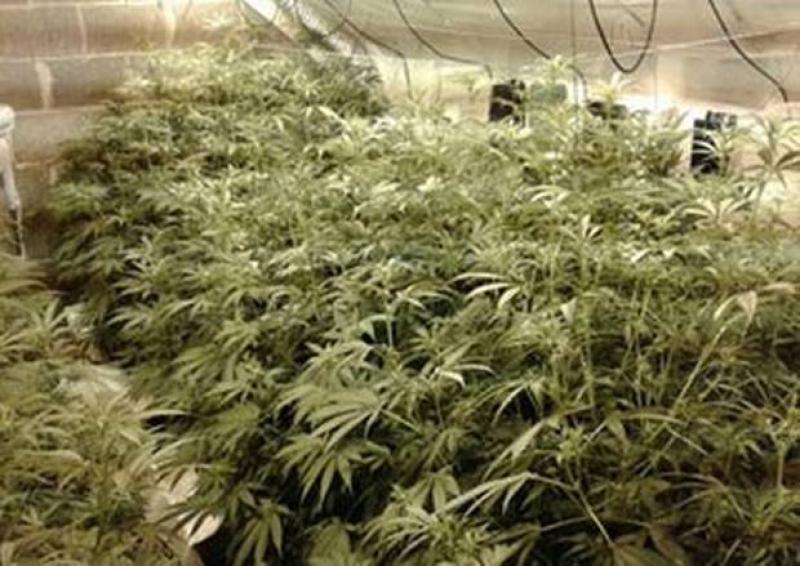 A cannabis growhouse as been discovered a major Garda drugs operation that took place in Nenagh Picture: Garda Press Office

A major drugs search was carried out by Gardai in Nenagh this Friday, June 9.

The search was carried in in conjunction with other planned searches in Castlebar and Dundalk.

During the searches a cannabis growhouse was discovered and the Gardai seized €200,000 worth of cannabis plants.

Four men were arrested as part of the intelligence-led operation that involved the Garda National Drugs and Organised Crime Bureau, the Special Crime Task Force and local Drugs units.

Gardai arrested four men - aged 29 years, 37 years, 38 years and 45 years - and they are being detained at various Garda stations the Garda districts.

Meanwhile, a large quantity of stolen equipment with an estimated value of €200,000 has been recovered in near Cahir.
The local Gardai recovered the property as part of a surveillance led operation and ongoing investigations.
It is understood that the equipment - various industrial generators, gardening equipment, agricultural equipment - was stolen during burglaries in Ireland and the UK.

A man in his late 20s was arrested and is being detained at Cahir Garda Station under Section 4 of the Criminal Justice Act 1984.