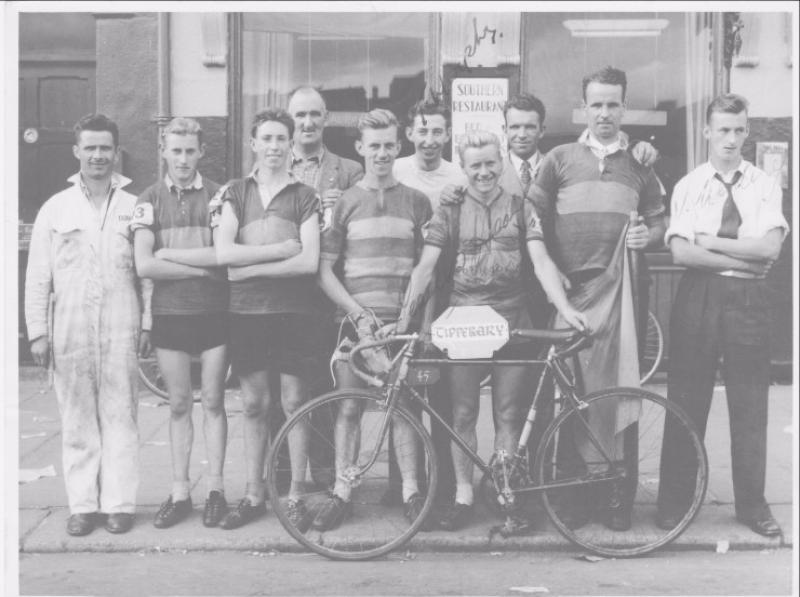 Toomevara native Brendan Lynch is planning a birthday party wth a difference when he turns 80 this Saturday.

While most people would be happy with a piece of cake and cup of tea, former cycling champion Brendan is planning to cycle the seven miles from Toome to his old school in Nenagh.

It was a journey that he did twice a day - rain, hail or shine - all those schooldays ago along with others, including the Nealons, Michael Gilmartin and John Shalloe, Gerrard Irvine and a chap named Tynan who cycled from near Portroe.

Others who were in his Leaving Cert class of 1955 were Seamus Cleary, Malachy Cardiff, Michael (?) Moloney (Mitchell Street), McDonald, Ryan, Seymour, Sharpe as well as one or two others whose names Brendan doesn't recall offhand.

A life-long cyclist, Brendan rode for Nenagh McDonagh Athletic Club and won five races in mid-Fifties and represented Tipperary in a few events.

He recalls that his biggest win was the 1956 100k Cooper Cup race in Phoenix Park, Dublin, in which he beat veteran sprinter Frankie Baird. 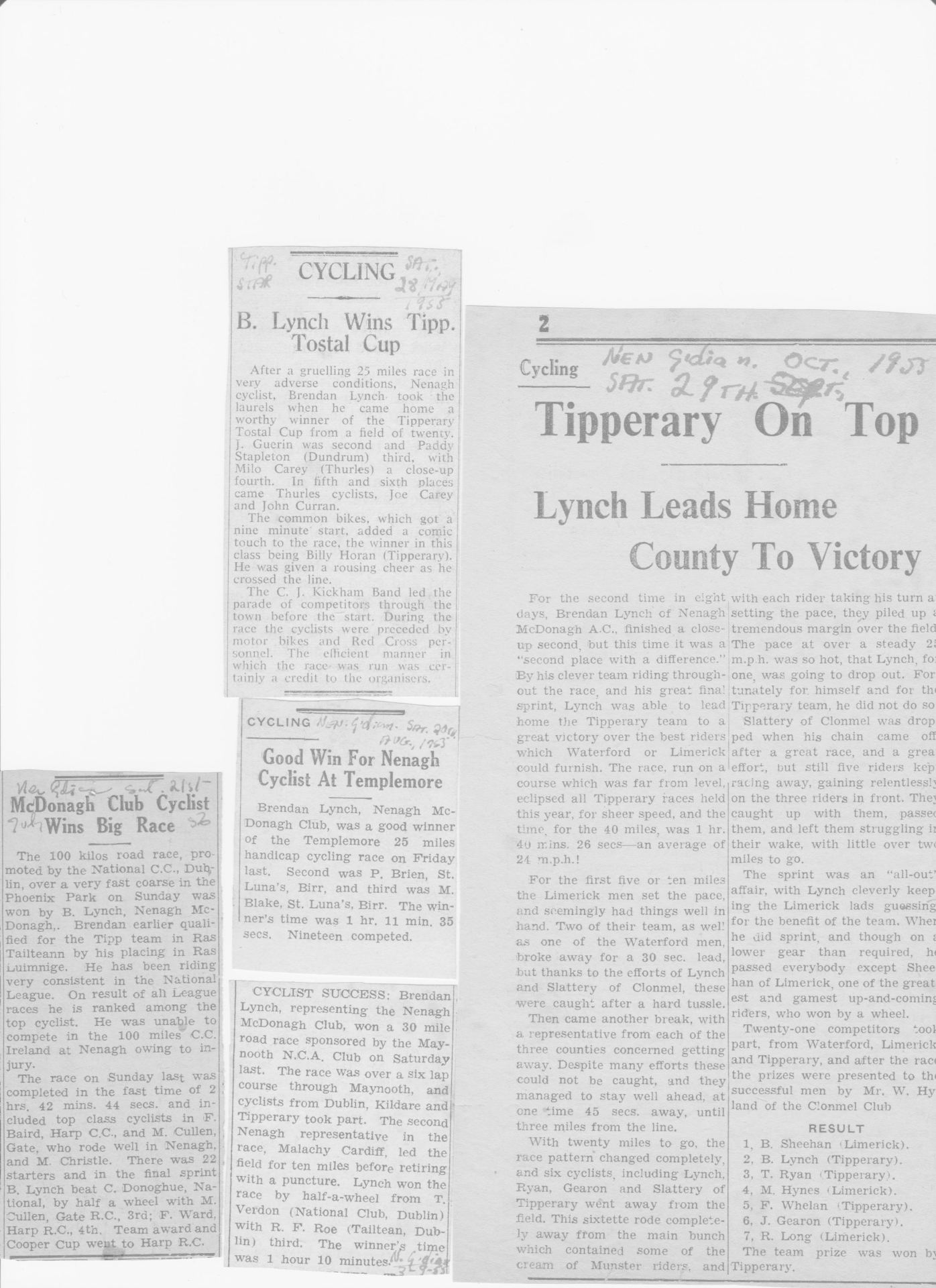 Above: Some of the write-ups recalling Brendan's cycling career

Brendan also won the first 1955 race in Tipperay Town and still has th etrophy on display at his home in Dublin.

He was on the Tipperary Ras Tailteann team of 1955 but had to retire on the third day after being hit by a car. At that point he was in 13th position overall.

Also on that team was Billy Hyland from Clonmel, who Brendan credits with doing so much for cycling in Tipperary and inspiring the likes of Sean Kelly.

Brendan won't be cycling from Toomevara alone and he has enlisted the help of riders from North Tipperary Wheelers and Nenagh Cycling Club to accompany him on the route. “More like towing me,” he joked.

He is also grateful to the assistance he is getting from Toomevara GAA Club.

He will leave the bridge at Toomevara at 10.30am this Saturday, June 24, and hopes to arrive at the old CBS building on John's Lane in Nenagh at around 11.15am.

Brendan was, for many years, the motor racing correspondent with the Evening Press in Dublin.