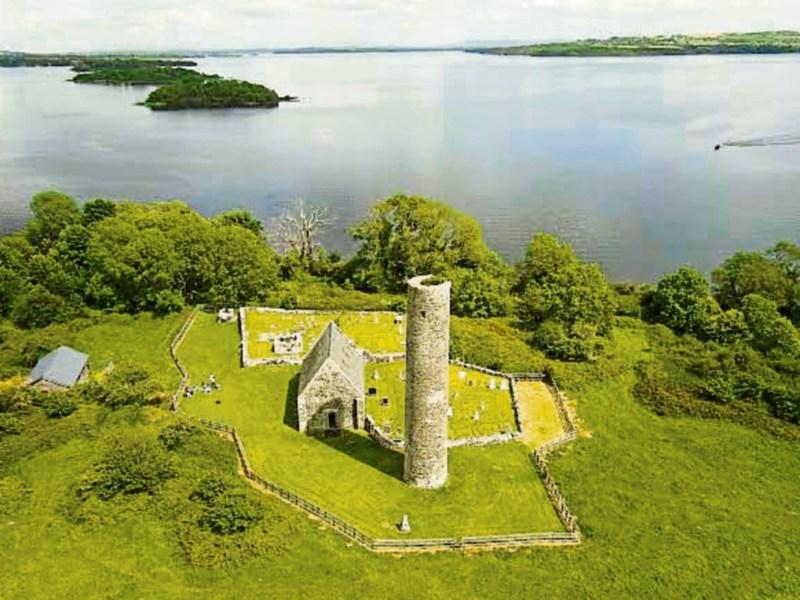 Holy Island on Lough Derg could be region's answer to Clonmacnoise

The collapse of the Lough Derg Marketing Group, which was established in the 1990s, has been lamented by Cllr Ger Darcy.

The Fine Gael councillor told a joint meeting of Nenagh MDC and Killaloe MDC that Tipperary was “poor” at promoting the Lough Derg region.

“You could drive from Athlone to Limerick and not know there was a lake there,” he said.

“There is a great richness of heritage common to both sides of the lake, but we have neglected to work together,” he said, urging that they also work with Galway County Council to promote the region.

He was supported by Cllr Joe Hannigan, who said that there was a need to get buses off the main roads and visit Lough Derg.

“Tourism is a key economic driver in rural Ireland,” said the Independent councillor.

However, Cllr Seamus Morris warned that if Irish Water goes ahead with its plan to pump 330 million litres of water per day from Lough Derg to Dublin, there would be nothing there to promote.

Killaloe's Cllr Pat Hayes, FF, agreed that Lough Derg had never had its full share of tourism projects, and claimed that the new Ireland Ancient East brand was “no good once you pass Kilkenny or Wicklow”.

However, he was hopeful that the purchase of Holy Island by Clare County Council would bring in tourists.

Fellow councillor Pat Bourke, FG, pointed out that Holy Island could bring up to 45,000 visitors annually, getting a spin off from the 170,000 who visit Clonmacnoise.

“We need to pull it all together,” said Fianna Fail's Cllr John Carroll.