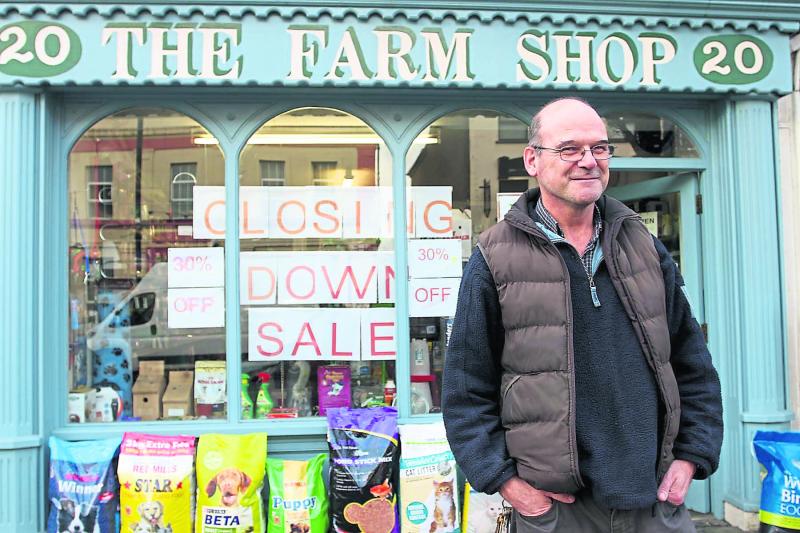 Dermot O'Hara outside the Farm Shop on Kenyon Street which has closed after 24 years in business Picture: Bridget Delaney

What other shop could you go to that sells ferret food? That was the reaction of Nenagh Chamber's vice-president Denis Finnerty to news that the Farm Shop on Kenyon Street has closed. The shop opened in 1994 and had been run by Dermot O'Hara since.

“The Farm Shop is a real loss to Nenagh,” said Denis. “That's the kind of shop that made Nenagh.”

Describing the Farm Shop as “unique”, Denis said it was a shame to see it close as it was a link back to the whole idea of Nenagh being a market town.

“It stocked great seeds and animal foodstuff,” he said.

Meanwhile, Denis welcomed news that the former Dunnes Stores premises on Pearse St. had been bought.

“Anything that will improve the look of the town centre and its trading environment is to be welcomed,” he said.

The premises had lain idle for a number of years.

“It had become an eyesore and I am happy it has been sold,” he said. He pointed to the modern look at Breo Jewellers at Market Cross as an example of what can be done in the town.

“We suffered because of out-of-town development. A town needs to be a social place and it is good to see something positive happening,” he said.