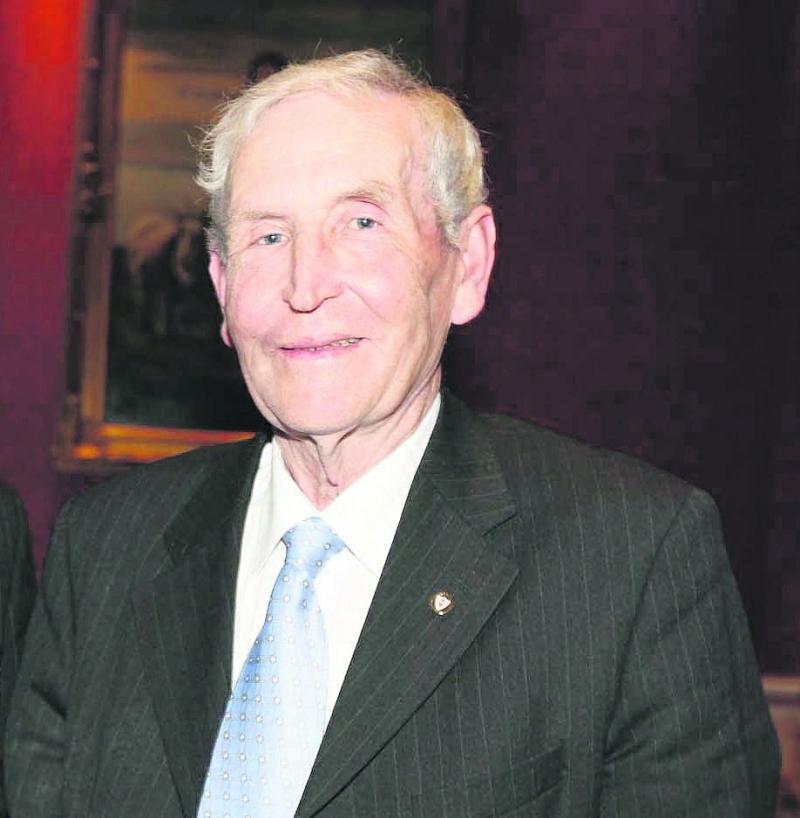 Tributes have been paid to Tipperary's double All-Ireland senior hurling medal winner, Tom Moloughney, whose death has been announced.

Living in Ardcroney, Nenagh, Tom hurled with his native Kilruane MacDonagh club and was a real lynchpin of the club for many years. He delighted in seeing the club teams prosper and was the backbone of their teams for many years.

However, it was his role in the all conquering Tipperary teams of the early 1960's which earned him national notoriety - he bagged the first goal of the televised All-Ireland final of 1961 and  his presence in the team was adequate testimony to his calibre as an exponent of the ancient game - that Tipperary team was amongst the finest to ever wear the blue and gold jersey, and anyone there, was there on merit. A team mate of the likes of Jimmy Doyle, Donie Nealon, John Doyle, Mickey Rattler Byrne, Sean McLoughlin, Tony Wall and Theo English, to name just a few, Tom was highly respected in Tipperary and much further afield by colleague and opponent alike.

Tom, a gentleman who loved to chat and talk about the games, right up to hin final days, died peacefully at home after a long illness, surrounded by his beloved family. He was predeceased by his sister Mary Cleary & brother Charley, and will be sadly missed by his loving wife Marie & family Jack, Eleanor (Brady) and Mary. Cherished grandson Ronan, brother Paddy & sister Alice Brislane. Son in law James, daughter in law Bairbre, brothers in law, sisters in law, nephews and nieces cousins neighbours relatives and a wide circle of friends.

Due to current government restrictions regarding COVID-19 a private family funeral will take place. Requiem Mass for Tom takes place in St. Flannan's Church, Ardcroney this Monday at 11 o’c followed by burial afterwards in Ardcroney New Cemetery. Those who would have liked to have attended but cannot may view the livestream of his mass on the Cloughjordan Parish Facebook page.

The family would like to thank you for your understanding at this time. Condolences can be left on www.rip.ie. House Private Please.