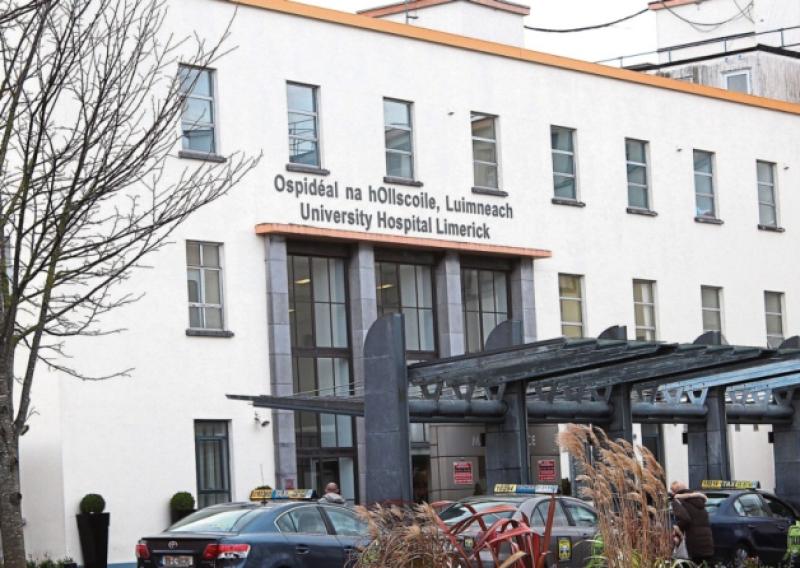 Dr Alexander Fraser: 'The cyber attack's impact on the functioning of the hospitals is worse than at the height of the Covid crisis'

The effects of the HSE cyber attack on hospitals in the Mid West, which includes Nenagh Hospital, has been worse than at the height of the Covid crisis, according to one medic.

"Covid is a dreadful disease and had an impact on the hospitals, but the cyber attack's impact on the functioning of the hospitals is worse than at the height of the Covid crisis," said Dr Alexander Fraser, consultant rheumatologist and clinical director medicine with University Hospital Group Limerick.

He said the difference now was that, since the attack, hospitals and staff were functioning without the internet or an IT system. Even the internal phones were run through the internet and this was something that the general public finds difficult to comprehend.

He said this was understandable as the public was probably suffering from healthcare weariness, and the core message of the hospital system not functioning due to the attack was being lost in the midst of the positive news surrounding Covid and vaccinations.

"Every aspect of the hospital has been affected," he said. "All the data that passed to and fro on the internet has been cut off."

Dr Fraser highlighted that in the ED department the staff did not know who was coming in or if they had been to the ED before or even in hospital, and that was why people attending were being asked to bring, if possible, some piece of previous hospital documentation in order to find a reference number.

The hospitals are carrying out less than 20% of work such as CT scans, blood tests or X-rays as the results were always sent electronically and would be available in minutes.

"The CT scan is now stand alone and the results can only be read on the small CT screen and while that is being done another scan can't be carried out," he said.

Even a doctor on a ward who wants an X-ray has to come and read the results as they can't be sent back to the ward.

The same applies to taking bloods, whereby only one sample at a time can be done.

"The results have to be written on paper and brought to whoever is looking for them. We have gone back to 1970s medicine," he said.

However, Dr Fraser said that the staff had been working extremely hard to get what he called "workarounds" and that one by one, the systems were improving.

"The system is still safe, but it is not as safe as it was two weeks ago before the hackers," he said.

He appealed to the public to continue to stick with the guidelines around lifting Covid restrictions, especially in light of the huge surge in cases in the Limerick area.

"Covid is still out there. It has not gone away. Stick to the messages around staying safe, if not for your own sake, then for the hospital's," he said. "The staff is tired after 18 months of Covid. We had just started to feel chirpy again."

The attack has resulted in all scheduled review cases being cancelled with the exception of cancer patients, those on chemotherapy, time sensitive treatments and infusions.

"Anything that can be delayed is being delayed," said Dr Fraser. "We can't look at ordering a blood test or an X-ray."

The hospital group is trying to encourage people to look at the alternatives to attending the ED and Dr Fraser said that, of course if you are very sick with a heart attack or similar, then go to the ED, but, if not, if you are just not feeling great and it is not critical, then attend your GP or one of the local injury units in Nenagh, Ennis or St John's in Limerick.

If you just arrive into ED and you are not critically ill, then any tests required will just add to the burden of what is already there, he said.

The Local Injury Unit operates in Nenagh Hospital from 8am to 8pm daily. Patients benefit from the expertise and care of a consultant-led team of doctors, Registered Advanced Nurse Practitioners (RANPs), nurses, and other healthcare professionals who are highly experienced in the treatment of injuries that may not be threatening to life and limb, but which nonetheless require medical attention and treatment.