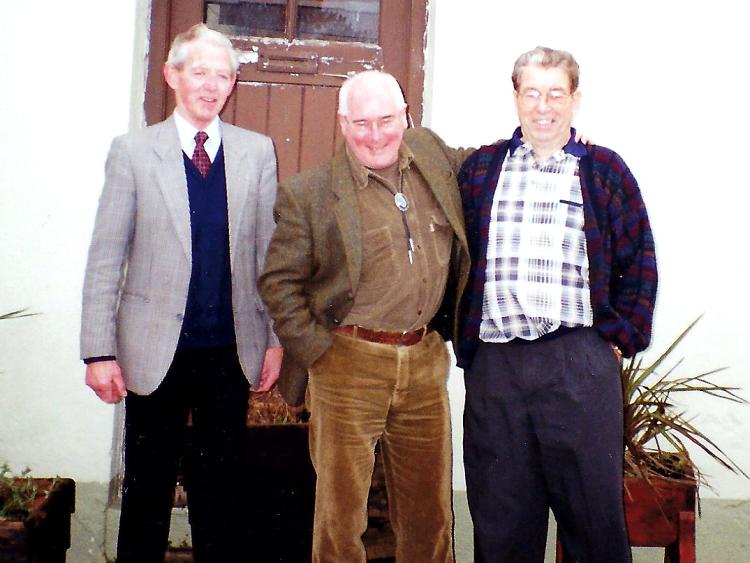 There are many accounts of what happened at Rearcross 100 years ago.

That was always the answer when I would ask about my Uncle Jack, who was never otherwise spoken of. It was only when I reached 17 that my aunt, a Dominican nun, told me the truth—that my uncle had been in the RIC and had been shot dead by the IRA at Rearcross, in Co Tipperary, during the War of Independence.

Newryman Jack Stokes was my mother’s eldest brother, and was worshipped by her. She never got over his death and resented his killing to her dying day.

My aunt told me the whole story as she remembered it. Jack had joined the British army towards the end of World War One, just at the end of his teens. He had just graduated from officer school when the war ended and he was demobbed. He saw an ad for the RIC and decided to join while his parents were on holiday in Italy, to avoid their strenuous protests.

According to my aunt, Jack was told to carry out a reprisal and refused. For this he was sent to one of the most dangerous outlying barracks, while most of the force were pulling back to the towns. I have only my aunt’s word for this. My aunt told me that the barracks was in a long building, one half of which was a dwelling house belonging to the Flannery family (from which later came Dominican theologian Father Austin Flannery), and the right-hand half was the police barracks.

Anyhow the barracks was attacked by the local IRA at 3.30 a.m. on July 12, 1920, members of which climbed onto the roof to pump petrol into the building.

There are various accounts of what happened then. The one I accept was told to me many years later by a son of Dinny O’Dwyer, the man who shot my uncle. Dinny was keeping watch from the nearby church gate, saw a man come out from the barracks and look up to the roof, go back in, and come out a second time. In the darkness Dinny presumed he had a gun this time, and shot him with his.303 military rifle.

My aunt remembered coming to Rearcross with another brother to take the body back to Newry. The authorities there offered a military funeral, but Jack’s father, a magistrate, vehemently declined it.

Fast forward to 70 years later. In June 1990 I was making a retreat with the Cistercians in Roscrea, got bored, and decided to go to Rearcross to see where it all had happened. Coming into the village I saw the distinctive corrugated-iron church, and just beyond it that long low building, the far end of which was now a pub. As I went into the pub I asked a man who was just coming out, if anyone might remember an attack on the barracks here. He said they had been talking about it only the day before, and that there was a man sitting up at the counter who remembered the whole event.

I sat up beside the man, who told me he had been 12 years old at the time, and had held the paten for Jack Stokes at morning Mass the day he was killed—it seems Jack was a daily communicant. He told me the whole story as he remembered it, and it was pretty well what my aunt had told me all those years ago.

Anyhow, as a result of this visit, through the Careys who owned the pub, and through Stephanie Walsh of Newport, I was introduced to members of the families who had carried out the raid. There was Christy O’Dwyer, back visiting from Chicago, whose father had shot Jack, and Michael Ryan-Lacken, whose uncle had led the raid. All this eventually led to a dinner at my home in Killaloe, including spouses and partners, and to friendships that have lasted until now. Christy told me that his father, especially when he took a rare drink, would end up weeping that he had shot an unarmed man.

Since then I have got to know several more descendants and relatives of the raiders, and only lately we had a gathering at my home, where a bottle of Jameson was shared with Seamus Ryan-Lacken, nephew of Paddy who had led the raid, Michael Hughes and TJ O’Dwyer, both of whose uncles had been part of the raid, Paddy Ryan-Coole, and Paddy’s children, Padraic and Cora Ryan.

Nowadays, one of my favourite outings has been to bring my visitors up to Rearcross to see where it all happened, and to have a pint at Carey’s pub. Well, that was before Covid 19. But we’ll do it again, please God.

Few of us are young at this stage—but I cherish these friendships which have arisen out of a tragedy that took place one hundred years ago last year.

David Rice lives at Killaloe. His10 books include the No1 bestselling Shattered Vows, and the recently-published picture book, The Little Roads of Ireland