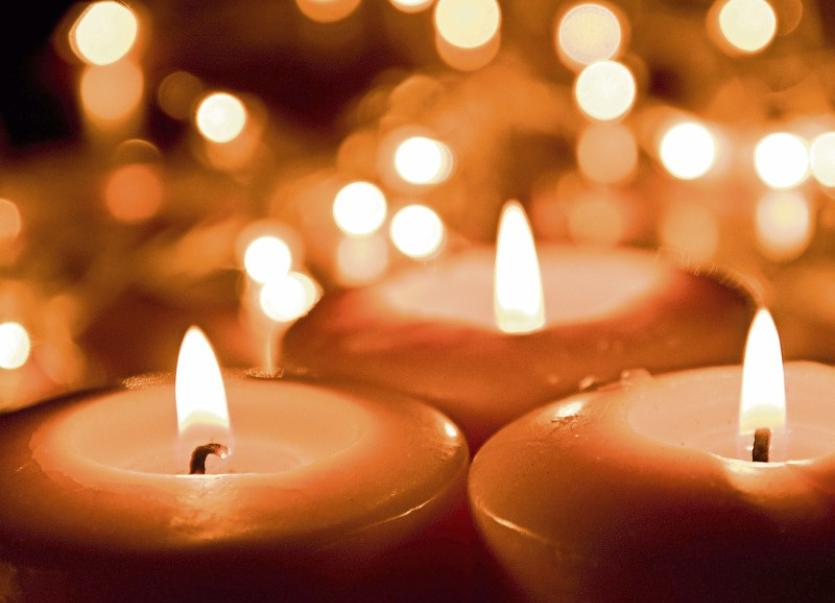 Reposing at Condon's Funeral Parlour, Clonmel on Tuesday from 4.30pm, with removal at 6.30pm to Gambonsfield Church, Kilsheelan. Funeral Mass on Wednesday at 11am followed by burial in the adjoining cemetery. Family flowers only please. Donations, if desired to South Tipperary Hospice Movement.

The death has occurred of John Joseph Leamy, Carrigaline, Cork,  and formerly of Cashel, on December 25th 2016, peacefully after a long illness bravely borne.

Reception into the Church of Our Lady and St. John, Carrigaline on Thursday (29th) at 10.30pm for 11.00am Requiem Mass. Funeral afterwards to The Island Crematorium. No flowers please, donations in lieu of flowers to the Bessborough Day Care Centre, Blackrock, Alzheimer’s society of Ireland.

Reposing at O'Connell's Funeral Home, Killenaule, this Wednesday evening from 4pm to 7pm, arriving at St. Joseph the Worker Church, Moyglass, at 7.30pm (approx). Funeral Mass on Thursday at 11.30am, followed by burial in adjoining cemetery.

The death has occurred of Joan Powell, Knockmeal, Dolla, Nenagh.

Deeply regretted by her loving sisters, relatives, neighbours and friends.

Reposing at Ryan's Funeral Home, Nenagh, this Tuesday 27th Dec. from 5.30 o'c with removal at 7 o'c to arrive to Killeen Church at 7.30 o'c. Requiem Mass on Wednesday at 11 o'c followed by burial in Killnanieve Cemetery.

Reposing at Meehan's funeral home, Newport, this Tuesday evening 27th December from 5.30 p.m. with removal at 7.30 p.m. to the Church of the Most Holy Redeemer, Newport. Requiem Mass on Wednesday 28th at 11.30 a.m and burial afterwards in Rockvale Cemetery, Newport.

Reposing at Keller's Funeral Home, Nenagh, on Wednesday evening from 6.30pm to 8.30pm. Funeral arriving to St. Mary's of the Rosary Church on Thursday morning at 9.45am for funeral Mass at 10am, followed by burial in Youghalarra Cemetery. Family flowers only, donations, if desired, to Killeen Autism Unit.

Reposing at Keller’s Funeral Home, Nenagh, on Wednesday evening from 4pm to 6pm. Funeral arriving on Thursday morning at 10.45am to Carrig Church for funeral Mass at 11am, followed by burial in Monsea Cemetery. Family flowers only, donations, if desired, to Milford Hospice.