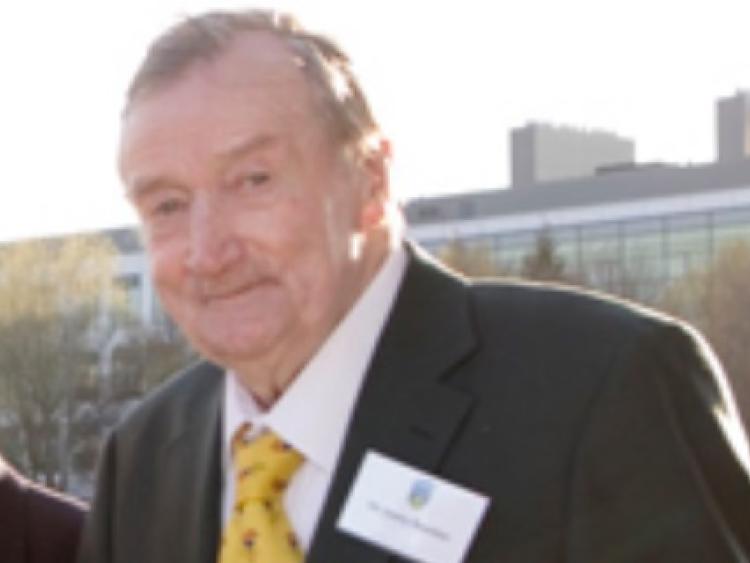 Jimmy Reardon pictured at an event in 2010

One of the country's most influential athletes Jimmy Reardon has passed away at the age of 93.

History making Reardon, who famously captained the Irish track team at the Olympic Games in London in 1948, has been remembered as an influential and trail blazing figure in Irish sport.

Jimmy Reardon was born on October 25, 1925 at Parteen Villa, Birdhill, Co. Tipperary however while still a child his family moved to Co. Louth and later Dublin where the young man quickly carved out a name for himself on both the athletics field and rugby pitch.

After school he joined the Irish Naval Service and served on the famous Muirchu patrolling the Irish sea.

At just 22 years of age he set sail for London along with 82 fellow Irish athletes for the 1948 Olympic games, which were also the first after a forced 12 year break because of World War II. These games were also the first to be shown on television in Britain.

In the first round Reardon won his 400m heat in 48.4, coming in second in the quarter final at 48.3. He narrowly missed out on a place in the final after an impressive display in the previous race however he did compete in the 4 x 400m relay with Charles Denroche, Reggie Myles and Paul Dolan.

We were saddened to learn of the passing of 1948 London Olympian, Jimmy Reardon, who is remembered fondly by all who knew him. A pioneer, a legend and an inspiration to the young @TeamIreland athletes of today. May he Rest In Peace. pic.twitter.com/WXOP8kdQWk

Just a few months after London, Reardon left Ireland with his wife Kathleen for the US to take up a track and field scholarship at Villanova University in Philadelphia, becoming the first ever Irish athlete to do so and paving the way for hundreds of future generations of Irish sports stars.

In 1954, he graduated from Villanova with a degree in economics and remained in the US, opening a successful car dealership and repair garage.

He remained in the US until the 1980’s before returning to Dublin.

In 1997 he was honoured at the Tipperary Sports Awards when he was inducted into the Knockagow Hall of Fame.

In 2012, the 11 surviving members of the 1948 Irish Olympic team were honoured at a special medal-giving ceremony in Dublin.

Among those to pay tribute to the late ‘Captain’, as he was often referred to by many of his friends, was the Olympic Federation of Ireland and President Michael D. Higgins.

A statement by President Higgins on the death of Jimmy Reardon read:

“It is with sadness that I have learned of the death of Jimmy Reardon, Olympian and sporting pioneer.

Not only was Jimmy Reardon one of 83 Irish representatives at the first post-War Olympics in London in 1948, he was also the first Irish athlete to attend Villanova University on an athletics scholarship, beginning an ‘Irish Pipeline’ of promising athletes that travelled to the United States to develop their talents.

Achieving personal bests that would still be hard to beat today, Jimmy Reardon blazed a trail for Irish athletes, and for that not only athletes, their families and supporters, but the Irish people owe him a debt of gratitude.

Mar Uachtarán na hÉireann, as President of Ireland, I express my deepest sympathies to his family, friends and former colleagues.”

James Patrick “The Captain” Reardon late of Rathgar, Dublin 6 . Peacefully, in his 94th year, in the tender care of the staff (over the last 13 years) at Leopardstown Park Hospital, Dublin 18.

Beloved husband of the late Kathleen and loving father of Deborah, Katherine, James and Robert. Sadly missed by his daughters, sons, grandchildren, great-grandchildren, extended family and friends. May he rest in peace.

Funeral Mass on Monday morning, June 24 at 11am in the Chapel of Repose at Leopardstown Park Hospital, followed by burial in Deans Grange Cemetery.