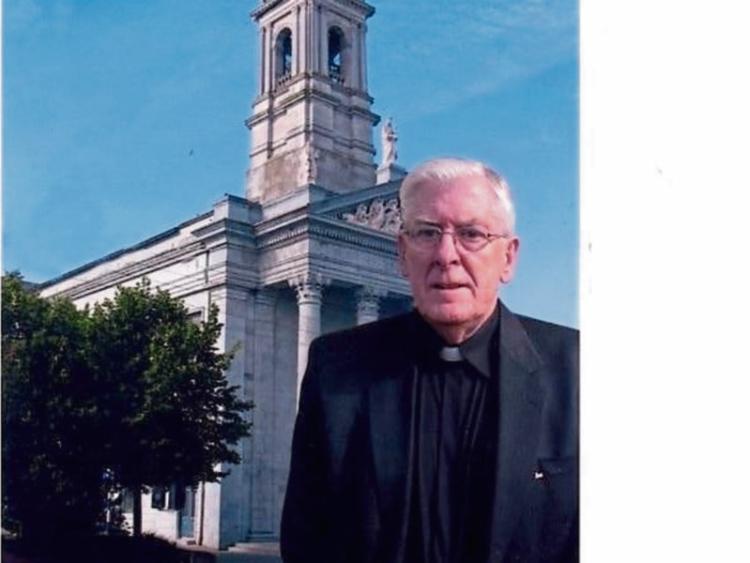 The passing of Fr. Michael J. Ryan has evoked feelings of deep sadness and regret in both County Waterford and South Tipperary.

Fr. Michael passed away peacefully on Sunday, September 29, peacefully at South Tipperary General Hospital, Clonmel, in the tender care of the medical and nursing staff.

Fr. Michael was born in 1930 to Michael and Margaret Ryan in Lauragh, Cappagh and is predeceased by his parents and his brothers Nicholas (Maginstown), Dr. Eddie (Canada) and James (Lauragh).

He fondly recalled his early years in Lauragh and loved to regale all and sundry with very interesting tales of the hardships endured and the simplicity of his life growing up in the Brickey Valley during the War Years of the late 1930s/early 1940s’.

Mick Joe went to secondary school in St. Colman’s, Fermoy and it was here that his sporting talents really flourished.

He was a very accomplished middle-distance runner, pole vaulter and he won Harty cup hurling medals in 1948 and 1949 when he was team captain. He also has an All-Ireland minor hurling medal with Waterford in 1948.

He played both Senior Hurling and Football for Waterford during the famed 1950s era.

During his clerical student days, he also participated in the legendary Brickey Rangers versus Kilrossanty senior football games where no quarter was given or asked on the football pitch.

He formed lifelong friendships with many stalwarts from that Brickey team.

Fr. Mick Joe was ordained in 1955 and due to the clerical rules of the day was obliged to cease all competitive sporting activity.

Perhaps he had some “If only” thoughts when his former Waterford hurling colleagues lifted the Liam McCarthy Cup in 1959, and again when the Brickey Rangers had their sole senior county football success in 1963.

Fr. Mick Joe served the first ten years of his ordained life in the UK where he was a great friend and support to many in the Irish emigrant community.

He returned to the Diocese in 1965, serving as a curate in Portlaw, Carrick on Suir and Clogheen parishes before becoming parish priest of Stradbally and finally to St. Mary’s in Clonmel.

He recognised the totality of his duties as a priest and supported, encouraged and played an active role in musical societies, Tidy Towns committees, GAA clubs and fundraising for invaluable rural hospital services as well as ensuring the upkeep of the schools and churches in his parishes.

He felt both proud and honoured to be the first priest to say a public mass at the renovated St. Cathaldus’ Well in Canty, just a few fields away from his own home.

Fr. Mick Joe always took a great interest in his family and the progress in life of his siblings, their children, grandchildren and in later years their great grandchildren. He officiated at numerous family weddings and christened most of his grandnephews and grandnieces.

Fr. Michael retired in 2005 to Cahir where he was very happy, however, his quality of life was seriously impaired by mobility issues in his later years. He accepted this burden with no complaint and kept the bright side out to the many visitors to his house in Cahir.

We his family wish to thank all who supported him during his period of reduced mobility, Bishop Cullinan and the priests of the Diocese, his doctors in Clonmel, the staff of South Tipperary General Hospital, Clonmel, St. Theresa’s Hospital Clogheen, St. Patrick’s Rehab Hospital, Cashel, his carers from whom he received such excellent care and family friend Sr. Aine Power who did so much to ensure his care was always of the highest standard.

Fr. Michael lay in repose at The Kiely Funeral Home, Dungarvan on Tuesday,  October 1, to where many people came to pay their respects, pray for Fr. Michael and console his bereaved relatives.

En route the cortege paused in prayerful remembrance at Bushy Park GAA grounds and at Lauragh.

The Service of Reception was led by Fr. Pat Butler assisted by visiting clergy.

The chief celebrant was Fr. Eanna Condon and concelebrated by Fr. John Kiely P.E. and Fr. Bobby Power assisted by many clergy from the diocese. The Liturgy of the Word was shared with the large congregation by Conor Ryan (Canada), Thérèse O’Donnell and Margaret Collins.

Fr. Condon’s homily included a wonderful discourse on the life and times of Fr. MJ Ryan. The Prayers of the Faithful were recited by James Ryan, Martha Ryan, Lisa Ryan and Majella Houlihan. The Offertory Gifts of Bread and Wine were presented at the altar by Sr. Aine Power and Michael Ryan.

During the Mass a selection of Fr. Ryan’s favourite hymns were sung by the Clogheen Parish Choir.

The final farewell prayers were said by Bishop Alphonsus Cullinan.

Following the Requiem Mass Fr. Condon, and Fr. Bobby Power imparted the graveside blessing and led the Rite of Committal.

The Salve Regina was then sung by the Clergy, family and friends of Fr. Ryan.