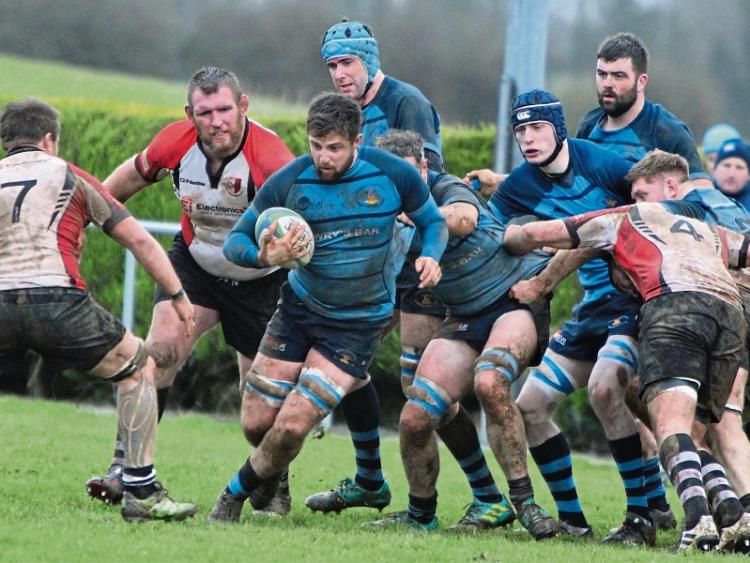 After a run of incredible performances and results in the League, Kilfeacle and District RFC were drawn at home against St. Senans RFC in the third round of the Munster Junior Cup.

In Morrissey Park on Sunday last the conditions were far from ideal for rugby.

Kilfeacle won the toss and elected to play against the wind for the first half.

The Shannon Town side  started with the wind and rain at their backs and their target was to build up a sizable lead, as playing against the wind in the second half would be a very difficult and exhausting task. They never achieved their goal. St. Senan’s are rooted to the bottom of the first division while Kilfeacle are leading the league by 3 points and on the day the difference was obvious, even in very inclement conditions.

The vast majority of the first half was played in the visitors’ half, only on rare occasions did St. Senans break into the Kilfeacle 22 and when they did so they were met by a Kilfeacle defensive wall which they could only  breach once on the day. That  happened in the 29th minute when a huge kick from touch, aided by the wind, earned them a sideline 5 metres from the Kilfeacle line. St. Senan’s secured the ball and after many, many phases they managed to score and convert a try.

The home side were on top for the majority of the half but for all their possession and territorial advantage the home side found it very difficult to build up good phases of play and their endeavours were plagued with handling errors, partially induced by the playing conditions.

With just three minutes played Kilfeacle scored their first try of the game when Kevin Doyle burst through to touch down in the corner.

Kilfeacle were attacking in waves now and were relentless. St. Senan’s defence was admirable and they kept forcing errors from the Kilfeacle team who, as the half wore on, became more and more anxious to score. Kilfeacle seemed to drop in intensity and left St. Senan’s gain a foothold in the game in which they scored a converted try and a long-range penalty. This brought the score to 17 points to 10 in favour of Kilfeacle.

These scores jolted Kilfeacle back into action and the remainder of the half was played in the St. Senan’s 22 but blighted with handling errors until the final seconds of the half.

In the 40th minute John Bourke finished off a fine team effort to score in the corner. William Staunton’s conversion attempt just missed its mark. The half-time score was 22 points to 10 in favour of the visitors.

Kilfeacle started the second half well and used the wind to their advantage. After 46 minutes they  had come to grips with the weather conditions and started to build good phases of play, and some great work and breaks put Kilfeacle in a scoreable position. When Darren Ryan receives the ball at speed 15 metres from the line with only a scrumhalf and an outhalf in his way then the outcome is always going to be a try.

Buoyed by inroads made the team started to build again and within eight minutes were awarded a penalty try after five minutes of concerted pressure and repeated infringement by St. Senan’s.

Kilfeacle were completely on top in every area so they went searching for more points, each time getting closer and closer to the visitors’ try line. 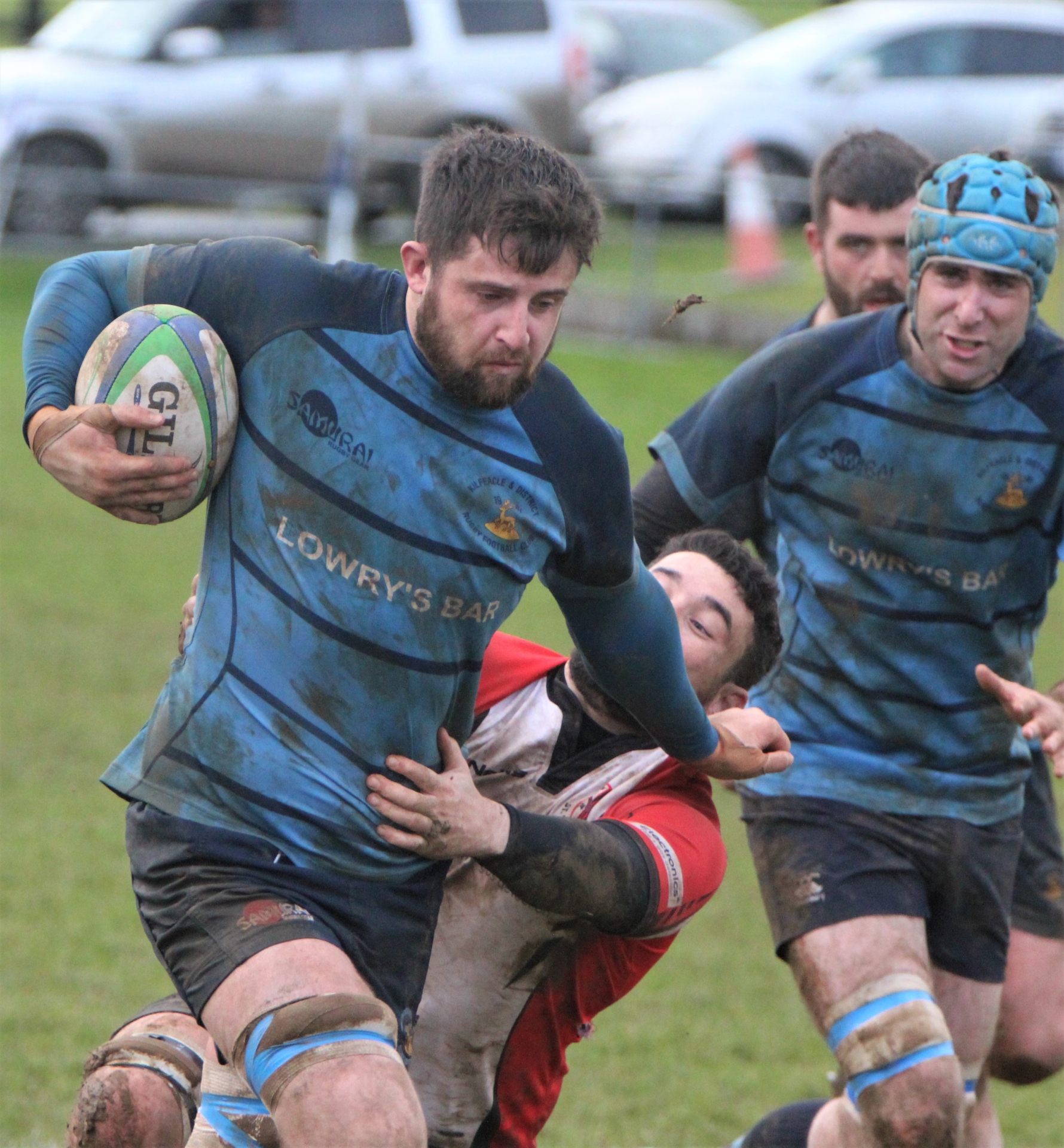 Jack McLoughlin pushes aside the challenge of a St Senan's forward on his way to scoring a try in Sunday's Munster Junior Cup 3rd Round game at Morrissey Park.

On one occasion, after 65 minutes, the home side had 17 phases of play to set up a scoring opportunity for Jack McLoughlin to score Kilfeacle’s next try, which William Staunton was able to convert to bring the score to 41 points to 10.

A telling pass from Gavin Heuston, who looked dangerous every time he got ball in hand, put Keith Bourke through, he then off loaded to the on-rushing Kevin Doyle to score  in the corner.

The final try came  when Cormac Ryan, contesting  a throw-in, made the St. Senan’s hooker overthrow to find the on-rushing Kevin Doyle who went over to score  what was his third of the day. To mark his fantastic game he was given the opportunity to convert his own try and watched as his kick came back off the post. The final score was 51 points to 10.

Team captain, Brian McLoughlin, thanked St. Senans for a good game and wished the club the best for the rest of the season.

FIRST XV AT HOME TO CLONAKILTY

The first team is back in competitive action this  weekend in the Munster Junior League at home to Clonakilty. Kick-off is at 2.30pm on Sunday, February 9.  Kilfeacle will be hot favourites for this one as they are league leaders and chasing the league title and a historic double. The team are delighted by the amount of support they receive and hope that their supporters will continue to come along and support them.