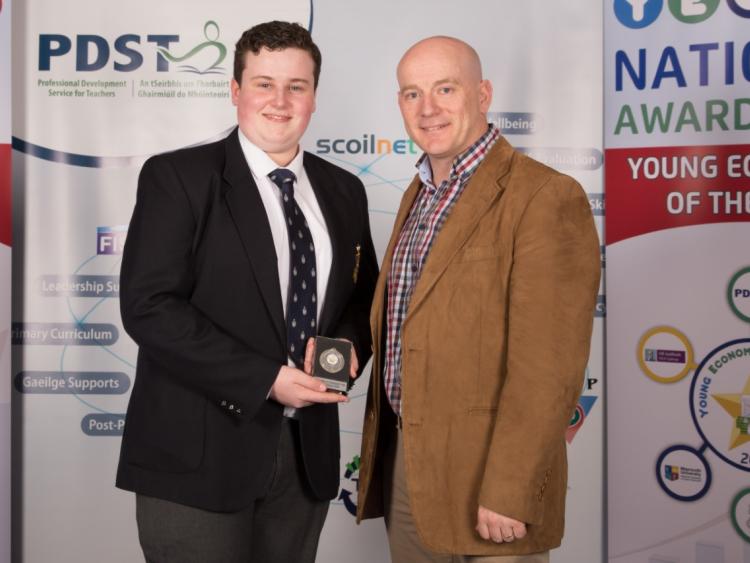 A Rockwell College student, who hopes to study Economics in Dublin after his Leaving Cert, has won a major award in the ‘Young Economist of the Year’ competition.

Rockwell College student Ben McDonald, who is originally from Loughrea, was awarded the Irish Silver Medal in the ‘Young Economist of the Year’ competition for his project which examined behaviour patterns of Chinese consumers as a result of the ‘One Child Policy’.

Speaking after his win, the Rockwell student said he was shocked to have his name called out due to the high volume of entries adding he "really could not believe it."

This is the second year in a row that Rockwell students have garnered success following Cahal Murphy's gold medal in the competition in 2017. Ben was presented with his award at a specially held function at Croke Park on May 2nd.

Ben's entry focused on the behaviour patterns of Chinese consumers as a result of the ‘One Child Policy’.  During his presentation Ben explained how this policy has led to there being more males than females in China and how men must save for a dowry to entice young women to marry them.

The judges when commenting on Ben's work said that he scored highly due to his originality and commended him for his thorough research. His Economics teacher, Pat Egan, paid tribute to Ben and spoke of his ‘hard work and attention to detail with so many demands on his time particularly with his Leaving Cert coming up in June’.

Ben is originally from Loughrea in Galway and is a nephew of Fr Sean Broderick, former Principal and President of Rockwell College.  He is a five day boarder in Rockwell College and hopes to study Law and Economics in UCD this coming September.