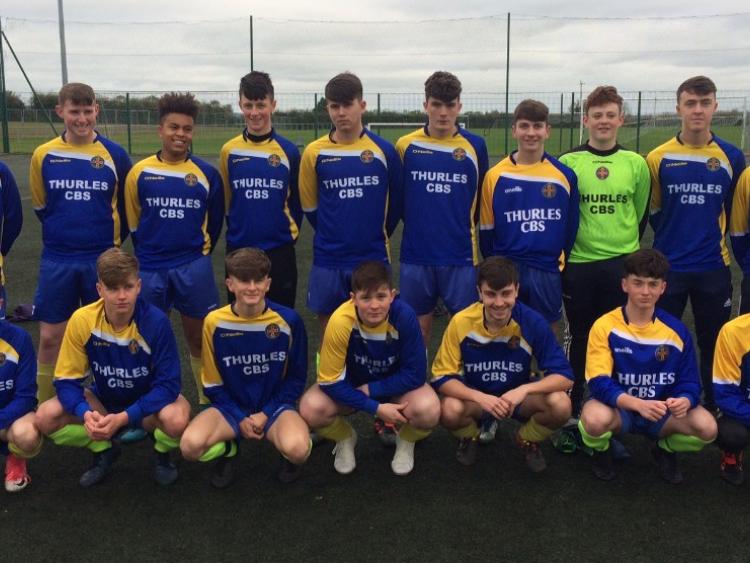 Thurles CBS senior soccer squad had a big win last Thursday defeating a very strong De la Salle team by 2 goals to 1 to progress to the last sixteen of the Munster Senior Cup.

De la Salle took the lead on the half hour mark but Thurles fought back bravely and after Dillon Maher got his head to a corner Jordan Fahy was there to fire home the equaliser.

Then with only minutes remaining in the first half Thurles won possession high up the field and Ronan McGuire coolly slotted home to give the CBS a 2-1 lead at half-time.

De la Salle pressed hard for an equaliser after the break and the Thurles defence had to weather several storms before eventually holding out for a hard fought win.

The entire team showed great heart and there were some exceptional individual displays, most notably from Patrick Scully at centre-back.