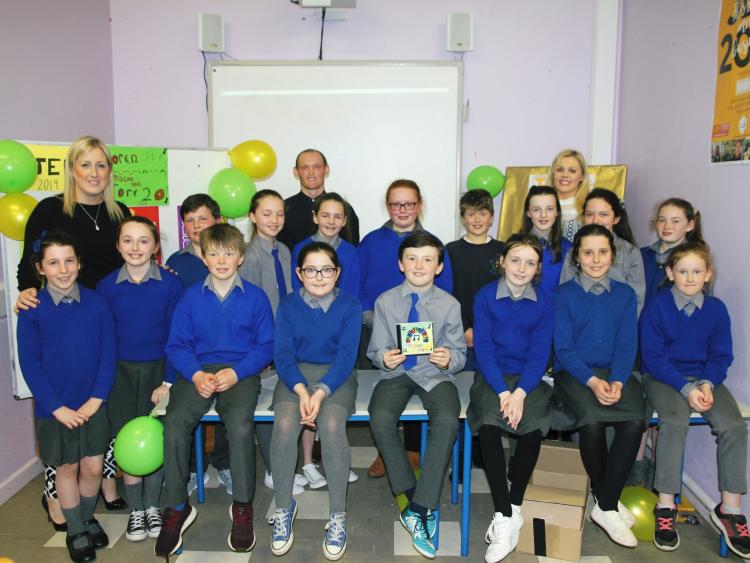 A CD recorded and produced by students in Templetouhy NS has staked its claim as the fastest ever selling album in the mid Tipp village following its launch in the school last week.

The Touhy Kids CD was created by the pupils as part of the Junior Entrepreneurship Programme which encourages young people to create, market and sell original products from their classroom. A host of possible projects were dreamt up by the fifth and sixth class students including a cookery book, phone covers and school zip tops.

However fifth class pupil Caitlin Cussen decided to push the creative boundaries of her classmates and suggested recording an album as an ideal project to show off the ‘Touhy kids’ musical abilities. 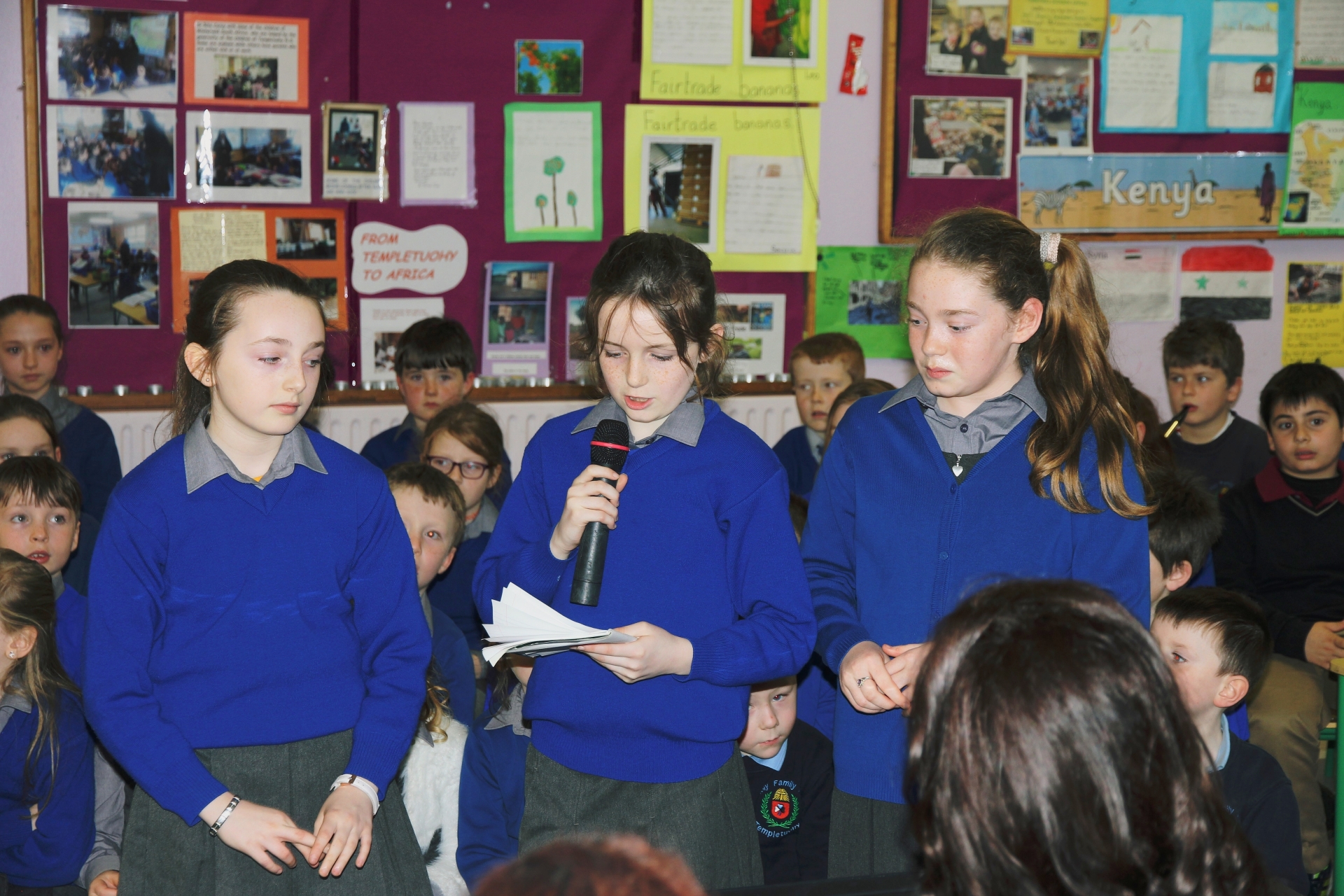 “I looked at what we’re good at and music was a clear choice,” explained the entrepreneurial 11 year old who voted the instrumental version of Ed Sheeran’s hit Perfect as her favourite track to record.

The CD, which also features covers of songs from the likes of Sia, Imagine Dragons, The Cranberries, and Nathan Carter, was recorded in just one day at the school earlier this month under the guidance of Pat Marnane. 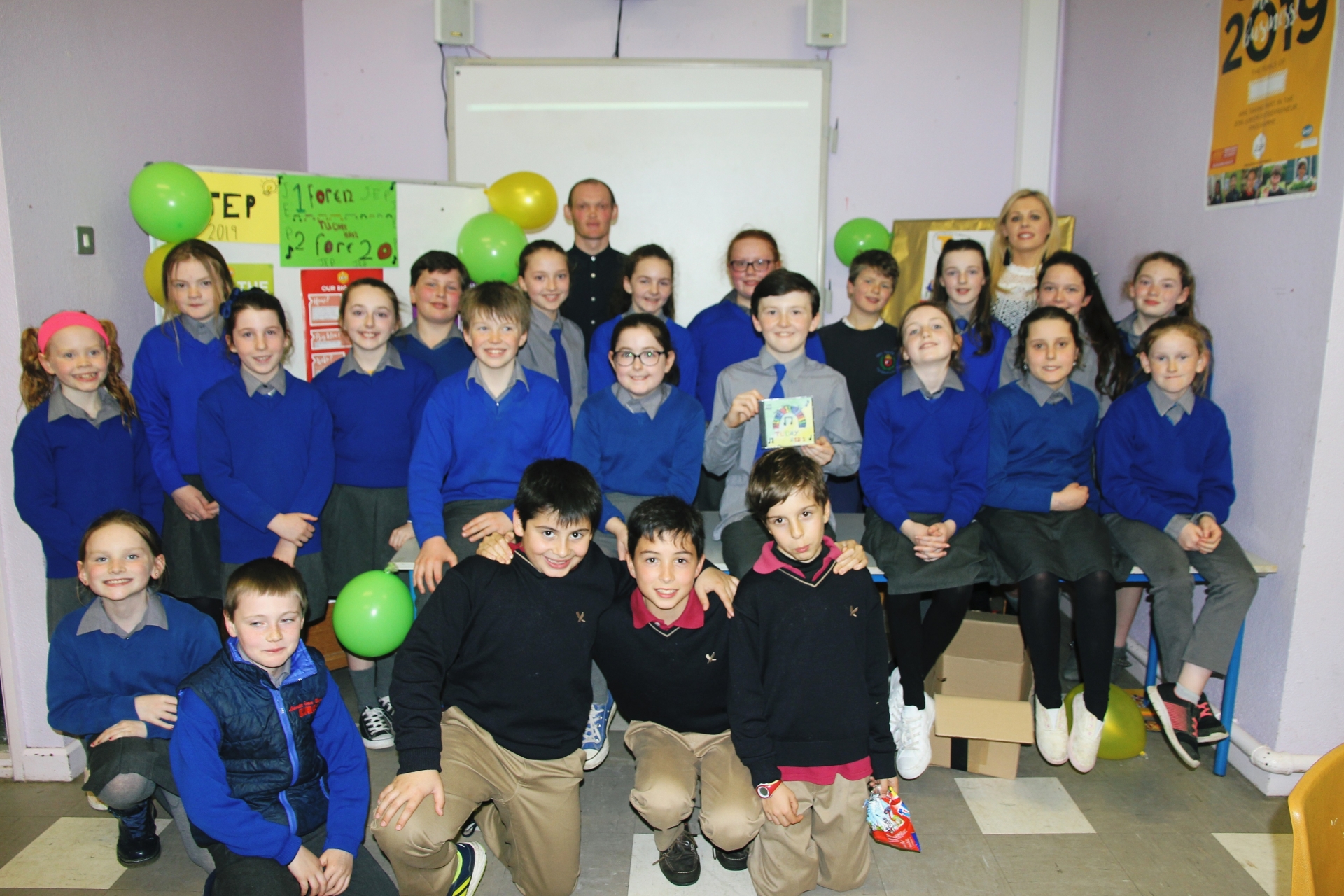 One special track on the CD was also included in honour of past pupils Martin Cleere, Tadgh Fogarty, Cathal Guilfoyle, Mark Fox and Kevin Ryan, also known as the ‘famous five’, who are all currently enrolled in Our Lady’s Secondary School Templemore.

The current fifth and sixth class pupils decided to record an updated version of Tracy Chapman's Fast Car as a glowing tribute to their former school friends who had performed the hit song at their own graduation mass in the school last June.

However it was the George Ezra hit Shotgun which emerged as a clear frontrunner as the pupils favourite song to perform during the CD launch as the entire school erupted into the chorus in front of a captivated audience last Friday.

“We practised for about a month but we’re always doing music here,” said fourth class pupil and a future Simon Cowell in the making, Leo Cleere, who tipped fellow classmate Ava Jordan as a pop star in the making.

“I don’t know about the rest of us recording an album again but I’d say Ava could end up as a singer,” he said. 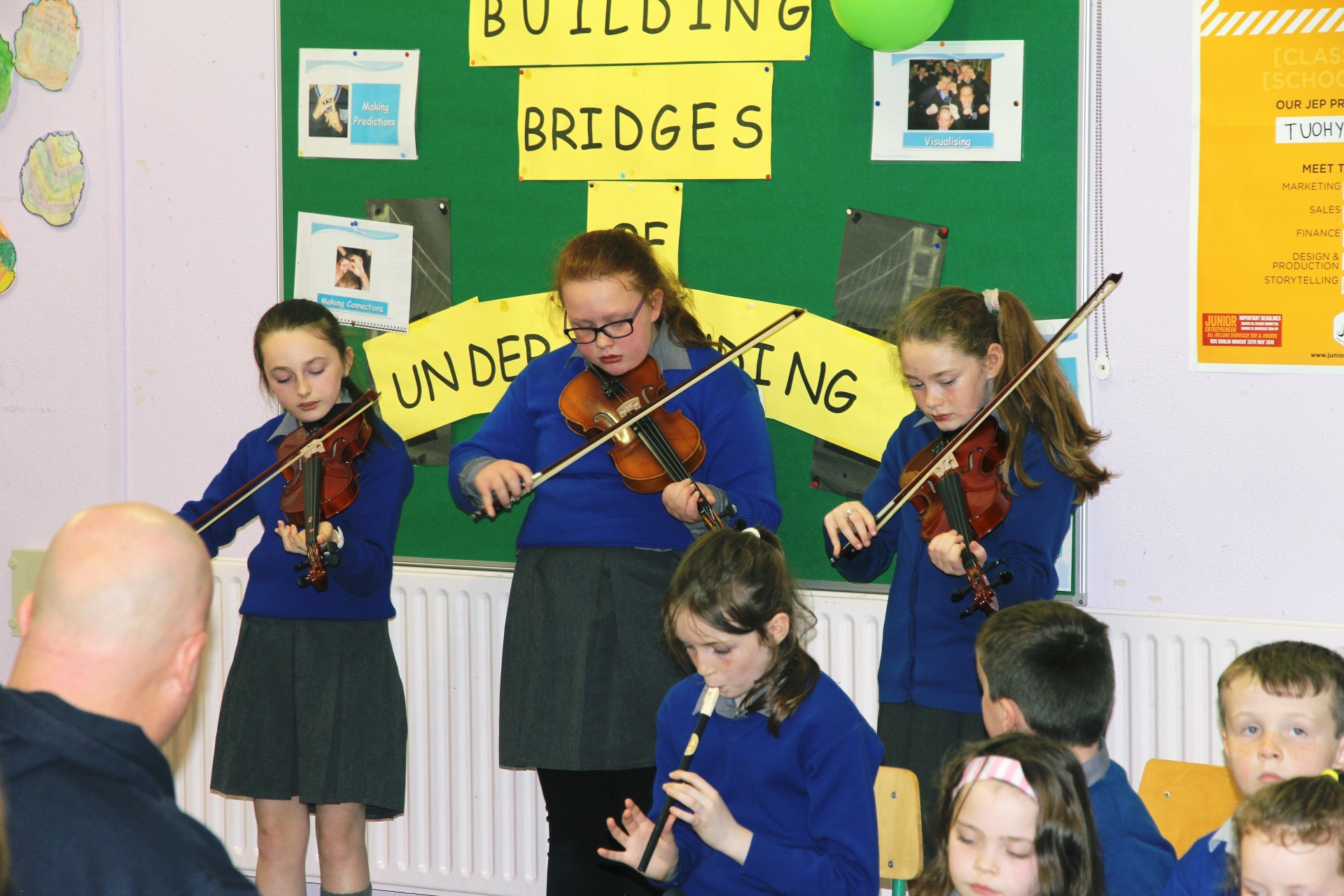 “It’s a great keepsake for the students of their time here,” said principal Carmel Deegan, who told the Tipperary Star that a second batch of CD’s will be produced and on sale in shops next week.

The CD will be available from Guilfoyles Templetouhy, Ely’s Centra, Premier Meats Thurles, Eurospar Templemore, Walsh’s in Errill and Keane’s in Rathdowney. All money raised through the proceeds of the CD will go to Templetouhy NS. Cost €12 each or two for €20.