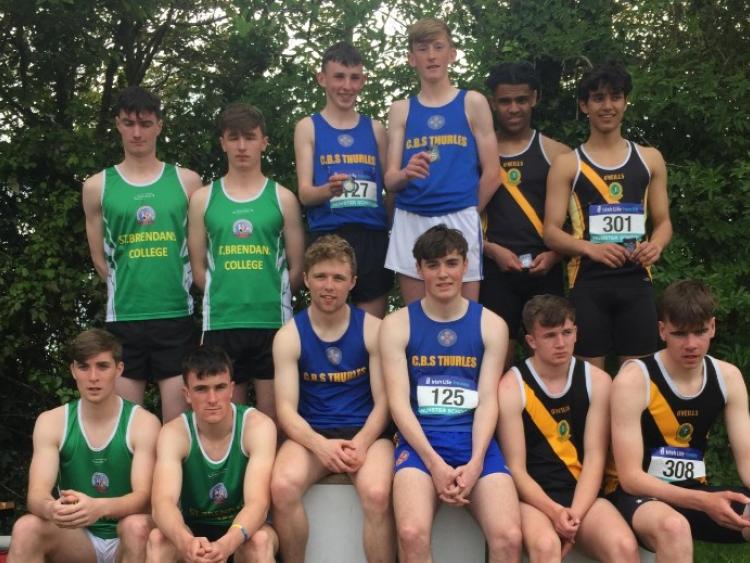 CBS Thurles athletics stars put in another fantastic display to win medals aplenty at the Munster Schools Track and Field Championships on Saturday.

Sean Mockler got the day off to the perfect start by winning gold in the senior hammer and that was followed soon after by Aaron McLaughlin winning silver in the junior 1,500m walk.

Dillon Ryan then took home silver in the triple jump, older brother Jack won gold in the shot putt and Mark Davidson left the rest of the competitors trailing in his wake, taking gold in the 800m junior race.

Over on the pole vault the O’Dwyer brothers had another super day: Ronan won bronze despite taking a bad fall after only a few jumps and Adam continued true to form, winning gold in the intermediate category for the second year running. 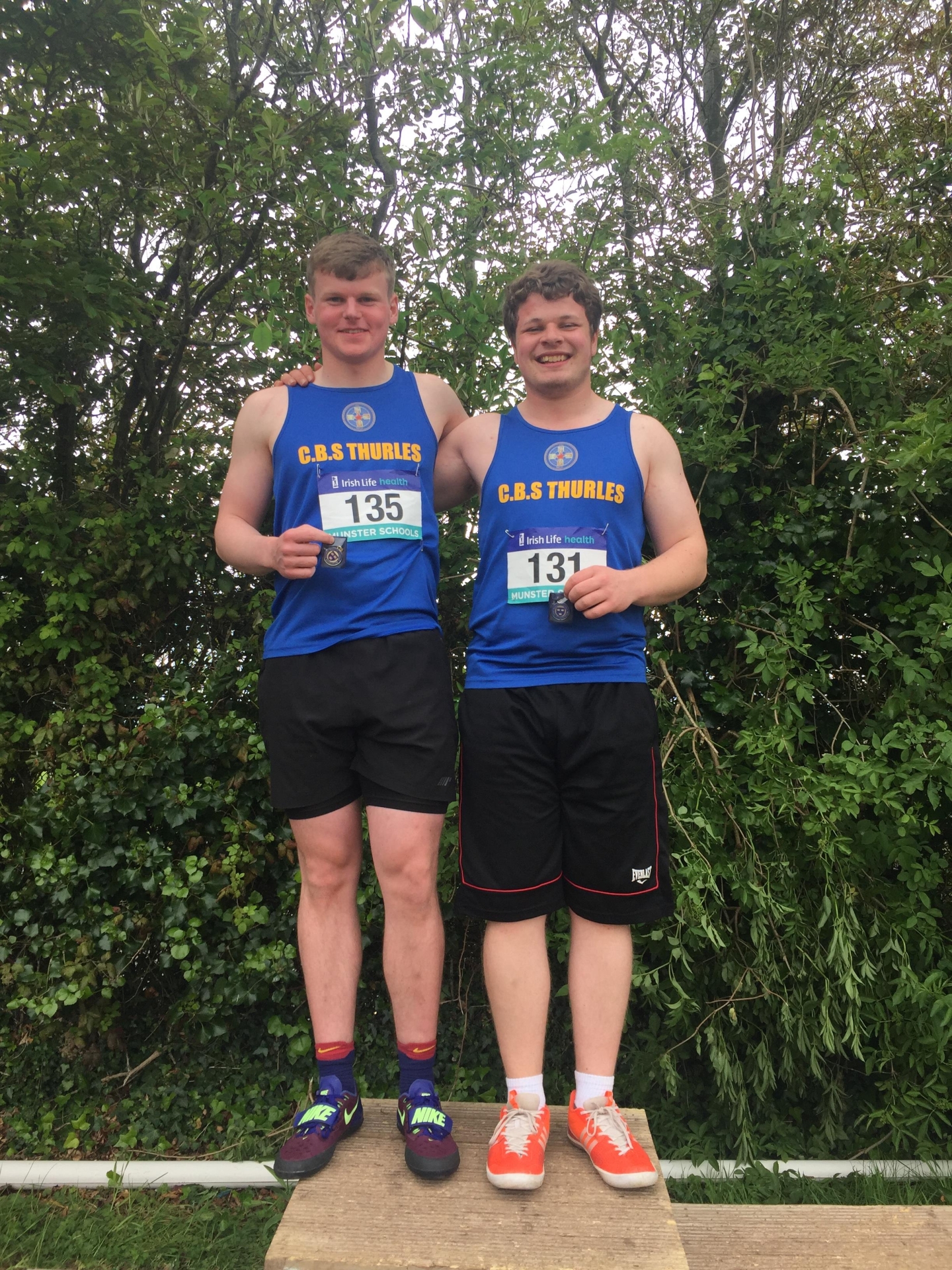 PICTURE: Sean Mockler and Jack Ryan winners of gold and silver in the senior discus

Back on the track Jimmy Ryan and Emmet Fogarty ran well but unfortunately didn’t place while Kieran Moloney came in silver in a tightly contested race.

To round off the field events Sean Mockler and Jack Ryan went head to head in the senior discus competition with Sean coming out on top to clinch gold with Jack a close second.

Attention then turned to the relays: the final event of the day. The intermediate team ran a great race but unfortunately didn’t place, the senior team of Jack Hickey, Jack O’Mara, Kieran Moloney and Dylan McLaughlin made no mistakes in the 4x400 race taking home gold and sealing the deal on winning the overall Best Senior Boys School trophy to complement the East Munster cup that already sits in the trophy cabinet.