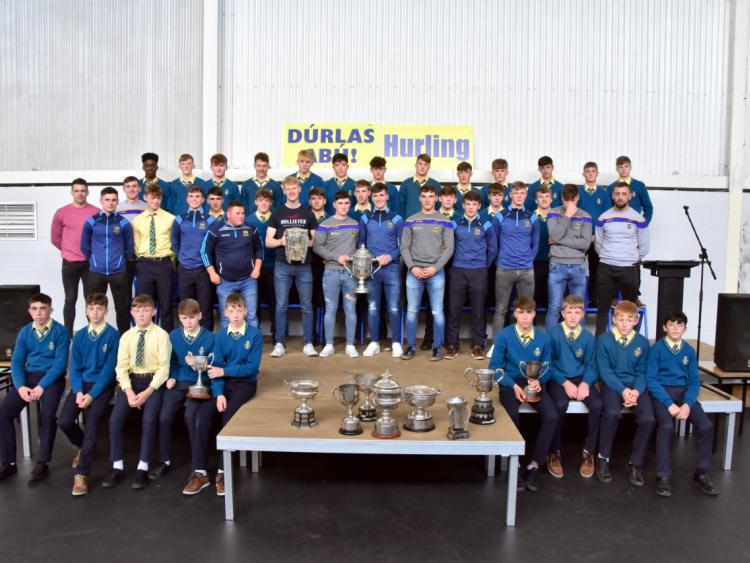 There were great celebrations in the James O’Donoghue Sports Hall at Thurles CBS on Friday, September 6, as the entire school community welcomed both the Liam MacCarthy and James Nolan Cups, and the heroes (pupils both past and present) who had helped to secure them over what was a glorious summer for Tipperary hurling.

The school had no fewer than eight past pupils on the senior panel, six of whom (James Barry, Paidraig Maher, Cathal Barrett, Seamus Kennedy, Paul Maher and Killian O’Dwyer) were present on the day to receive the cheers of the elated students (Ronan Maher and Conor Hammersly were unable to attend ).

From the under-20 squad, past pupils, Conor Bowe, Bryan O’Mara, Cathal Bourke, Darragh Woods and Ciaran Connolly (Michael Purcell was unable to attend) joined current sixth years, Max Hackett and Devon Ryan on stage to receive the applause of the pupils.

Also on stage was Christopher Carew, coach of the Tipperary under-14 teams that won both the A and B All-Irelands this summer; the CBS was heavily represented on both panels. Conor Bowe, Padraig Maher and Chairman of the County Board, John Devane, all addressed the assembled students, stressing the importance of dreaming big and working hard.

The occasion was a fitting tribute to this summer’s heroes as well as a celebration of the school’s traditions and heritage. Hopefully, it will inspire our present pupils to emulate the successful players they cheered on stage.