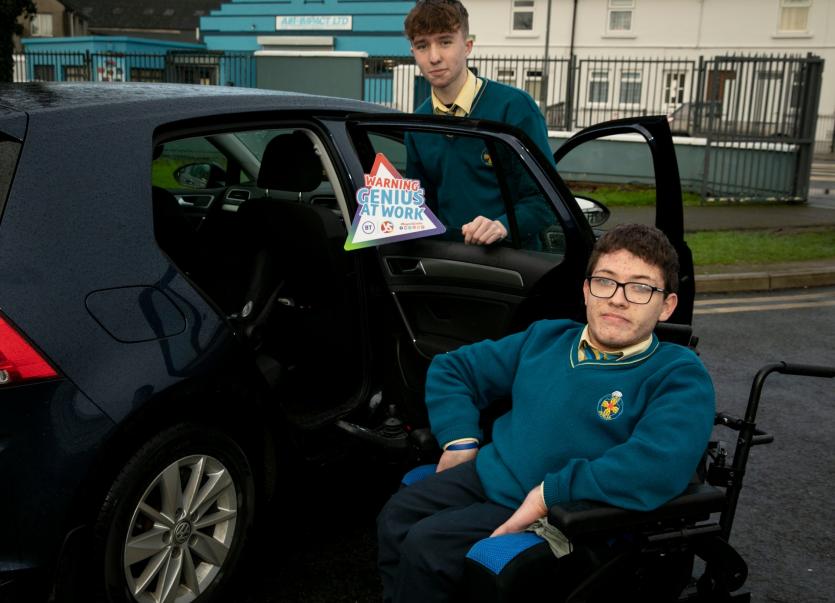 A device to prevent heat stroke in cars among young kids and babies was among the projects submitted by students from Thurles CBS at the recent BT Young Scientist competition.

Sean O'Dwyer and Kevin Donovan completed their project under the guidance of Ms Horan. The device they designed and built consisted of a temperature-controlled sensor that would set off an alarm if the temperature inside a car increased to a certain temperature that was deemed unsafe for a child.

The boys spent many hours writing code for this device to work. The boys worked very diligently on their project since the start of December. They worked on their project during science classes and spent a lot of time in the evenings outside of school doing their project diary, report booklet and building and testing the device.

The Young Scientist was a digital event this year so both Sean and Kevin had to complete three interviews over January 6 and 7 remotely from their homes. The judges asked them very technical questions about their project in the three interviews.

The awards ceremony took place remotely on Friday the 8 of January.

Unfortunately, Sean and Kevin did not manage to secure a prize, but they enjoyed the experience overall. They have more ideas to expand their project to send a text message to the car owner when the alarm goes off and are also exploring the possibility of entering their project into other competitions.

The boys were interviewed by the judges via video link on Wednesday and Thursday last week as part of the national event.