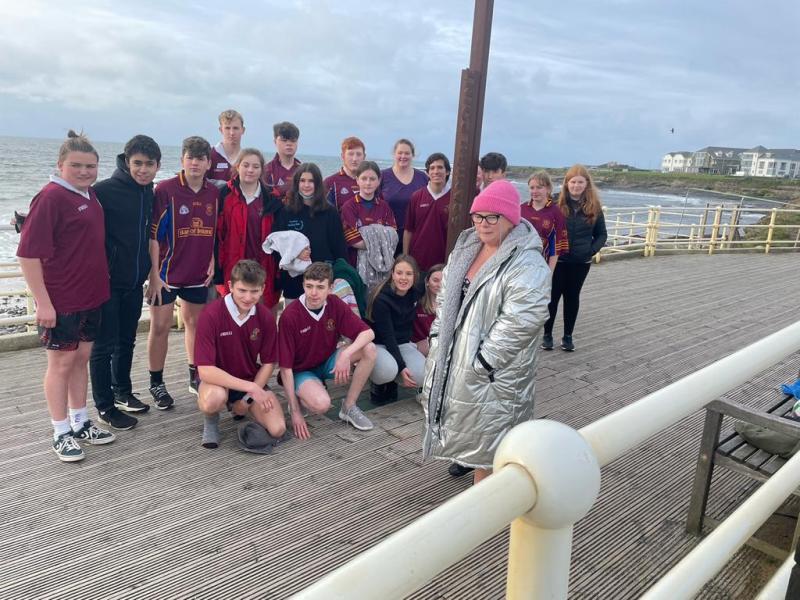 Harry Groome.
From School Days in the Tipperary Star

Last week after a long bus drive through windy country roads, we finally arrived at Spanish Point in Clare. Arriving early, we walked on the beach and played soccer for half an hour.

Then we met Jane Curtin, an extraordinarily strong person who is on a mission to raise 50,000 euros for the Midwest Simon community from the start of December until December 21. Throughout these three weeks, she has been swimming in the ice-cold sea three times a day to bring attention to this cause.

Before the swim, she spoke to us about how the Simon community raises money for homeless people and how there will be 900 families in Ireland left without a home this Christmas.

We took some pictures for her charities Instagram before our swim. As the whistle blew, we all dashed into the water. It was baltic, and the icy waves felt like they were hitting us every single second. Most of us lasted 10-15 minutes in the water. After we sprinted out of the water and got changed, we warmed up with; coffee, tea, soup, sandwiches, and treats made by our two teachers, Ms Gorey and Ms Cahill.

We then hopped on the bus and headed home delighted with the €1000 donation we made to the charity, which was the largest Jane had received so far.

Revealed: Tipperary projects to share in funding of €1 million for social enterprises

Traffic measures in place in Clonmel for roadworks