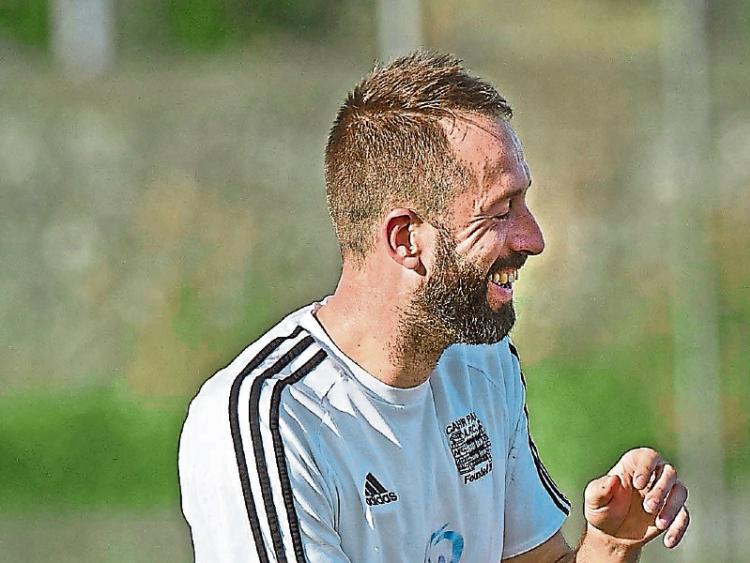 Galbally United got their season off to a winning start when they beat Donohill and District in a game that was played out in beautiful conditions at the County Limerick venue on Sunday last.

The most westward of the TSDL’s sides started well and put some nice moves together before opening the scoring in the 12th minute when David McGrath was played in and beat the advancing Donohill & District  keeper from just inside the area.

Donohill & District responded well and twice thought that they had gotten back on terms only to see efforts come back off the crossbar both times on a day when they had little luck.

The Galbally goal continued to live a charmed life throughout the game before finally to add insult to injury when Donohill over committed near the end to try to find a leveller, the home side broke away and caught them out securing all three points with a goal in the final minute by Jordan Dineen.

This highly anticipated local derby played out at Palmershill on Sunday saw Rosegreen Rangers get their promotion push back to the First Division start off with a good win against local rivals Cashel Town, who will need to start putting some points on the board if they are not to go directly back down to Division 3 at the end of the season.

The game was an even and pretty entertaining affair early on, with the goal scoring finally opening when Evan Hynes got on the end of a right wing cross to finish from close range.

Cashel Town tried to hit back but were rocked when the visitors doubled their lead six minutes before the break as Rory Heffernan headed home from a corner.

The two goal cushion allowed Rosegreen to absorb pressure from the home side in the second half and look for opportunities to hit them on the break.

One duly came in the 65th minute when Gerry Horgan took advantage of a mix up in the Cashel Town  defence and slotted home from 12 yards out to finish the scoring and ensure his side the points.

Cahir Park moved to the top of the Second Division when they had a good win over Kilmanahan United on Sunday last.

The home side were on top from the off and made the breakthrough when Alan O’Donoghue scored a wonderful individual goal, beating three players before slamming the ball into the net.

This was the only goal of the first half and the Park took complete control of the game in the second, doubling the lead within minutes when John Alan Lowes fired in a left footed effort from outside the area.

Two minutes later it was three when Jack Duggan caught the visiting keeper off guard and lobbed an effort into the net to pretty much secure the points, and the cherry on top was a late goal by Jonas Kerr to make it 4-0 at the end.