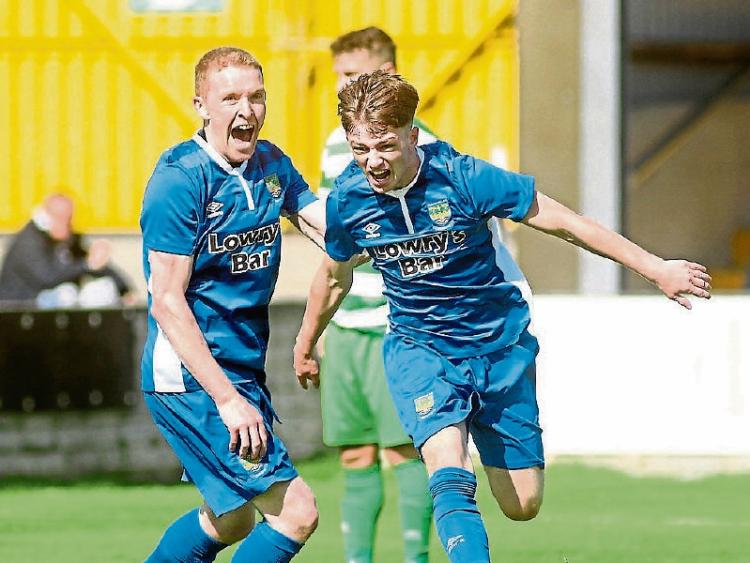 This weekend coming sees the last eight teams from the Tipperary leagues fight it out for the four spaces allocated in this year’s New Balance FAI Junior Cup. The cup is the largest open draw amateur football cup in Europe, and the TSDL has provided the winners now on four different occasions. Along with it being the stuff of dreams for various teams to get to play some of the best amateur teams in the country.

The tie that will be watched probably the closest both inside and outside the county, will be the meeting between current holders St Michael’s and the only other team from Tipperary to have raised the blue riband, fierce rivals Clonmel Town. These two teams have been by far and away the top two in TSDL football since the leagues foundation, sharing the majority of league and cup titles between them.

In recent years it has been the Saints that have been in the ascendency, but the Clonmel side look to be finally reaping the rewards of a lot of good underage work, and have also made an unbeaten start to the season this year.

The Saints will be filled with Irish junior internationals and players with experience of winning this competition, but history has shown that while reputations between these sides are respected, they are not feared and no one would be truly surprised if the Town knocked their illustrious rivals off their perch on Sunday. That said, the bookies favourites will be the holders, but it might be wise to not put too much hard earned cash on that result.

Elsewhere the final NTDL side Rearcross welcome the TSDL Premier side Cahir Park to North Tipperary, hoping to stop the South making a clean sweep of the open draw places. The Park regained their Premier League status last season and stayed in the top division comfortably enough, but are making a much tougher fist of it this season, rooted to the bottom of the table with no wins in their locker just yet. And Rearcross will face them in confident mood having dispatched Old Bridge comfortably enough in the last round by 6-1. The Cahir lads however also had a very big win last time out and have shown some very good form without getting favourable results, so maybe this will be the game where their season takes an upturn, and on that note I would be inclined to plump for the TSDL side to end the final piece of North Tipperary interest in this year’s Junior Cup.

The third tie of the weekend sees a flying Cashel Town side welcome Second Division Cullen/Lattin to Palmershill on Sunday afternoon.

The home side are unbeaten in league action since they were relegated to the third tier in the TSDL two seasons ago, and look like a very good bet to regain Premier League status come the end of this year. They seem to have a good blend of both youth and experienced players, and are in a winning habit which counts for so much in any sport at any time. They have been banging goals in for fun and it will be a surprise if they do not get past the West Tipperary side, with a number of people at the club quietly confident that Cashel could with some luck in the draw go deep into this year’s competition.

And the final game of the weekend sees two Premier League teams, who are in contrasting form face off for the coveted spot in the open draw. While Borris sit at the top of the Premier League table after coming up at the beginning of the season, and  Vee Rovers sit closer to the bottom, the hosts have never been easy to beat on home soil, and have a good record in recent years in one off cup competition. They will be using the Junior Cup as inspiration to kick start their season and ensure they retain their Premier League status for another year, and that’s what makes this game another very close call.

Soccer history made in Tipperary with first ever astro turf game

If one was really pushed to name a winner, it would probably be the visitors, but a game that went all the way to extra time and possibly penalties wouldn’t be beyond the realms of possibility.

All in all, whoever progress from the four  ties this weekend , they will be looked at with great interest and trepidation by teams the length and breadth of Ireland who might have some ambition of winning this great competition.