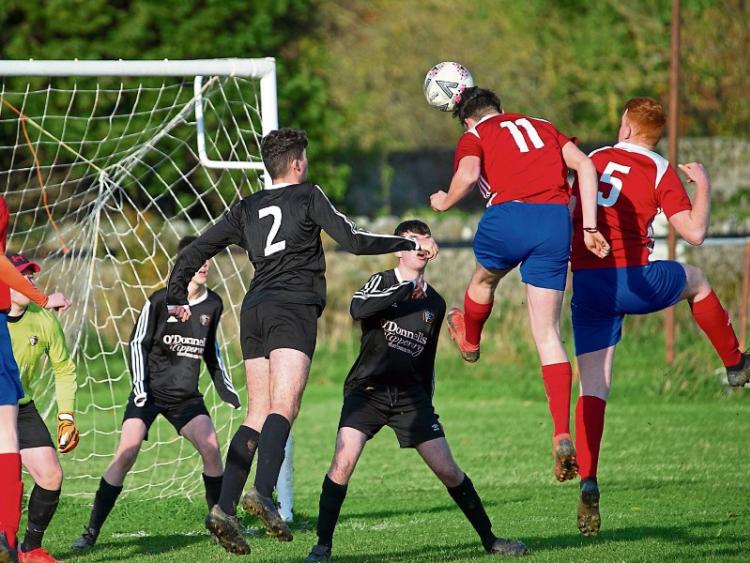 Despite this game finishing scoreless after 120 minutes of football both teams created chances throughout the game that were thwarted by a combination of excellent defending and goalkeeping, and poor decision making by both teams in front of goal.

Eventually though a winner had to be found and it was from the penalty spot with Kilmanahan keeping their cool the better and advancing to the next round.

Galbally United always relish the chance to have a cut at St Michael’s in any form and they did so again in an entertaining Paddy Purtill Cup game on Sunday last.

The two sides played out a tough put fair first half with chances at a premium until Danny O’Brien unlocked the visiting defence as he so often does ten minutes before the break and put the Saints in the lead.

The Saints looked like they were going to take the lead to the break but they were caught napping by a lightning Galbally attack that finished with Jordan Dineen smashing the ball home from six yards out to send the teams to the tea level.

This changed the flow of the game and the visitors started the second half in flying form, eventually taking the lead just before the hour mark when Bernard O’Brien found the net.

After that it was the home side doing all the attacking with the visitors soaking up the pressure and consistently worrying them on the break, but with no more goals scored it was Galbally that advanced in the end.

These teams have already met each other twice this season and Rosegreen kept the Indian sign over their near neighbours when they were again triumphant in Cashel on Sunday morning.

The game was tight in the opening minutes, but the visitors took the lead in the fourteenth minute when Vinny Downey slammed home a free kick from 20 yards out.

This created an open game and the home side were very unlucky not to find an equaliser on a number of occasions but they consistently found Rangers keeper Daniel Hayde in brilliant form in the away goal.

Inevitably the second goal was always going to be decisive in this game and that went to the visitors again when former Cashel Town youth Evan Hynes found the net seven minutes into the second half after a well-played through ball.

From then until the end the home side tried in vain to rescue something from the game but they were unsuccessful and Rosegreen marched on into the next round. 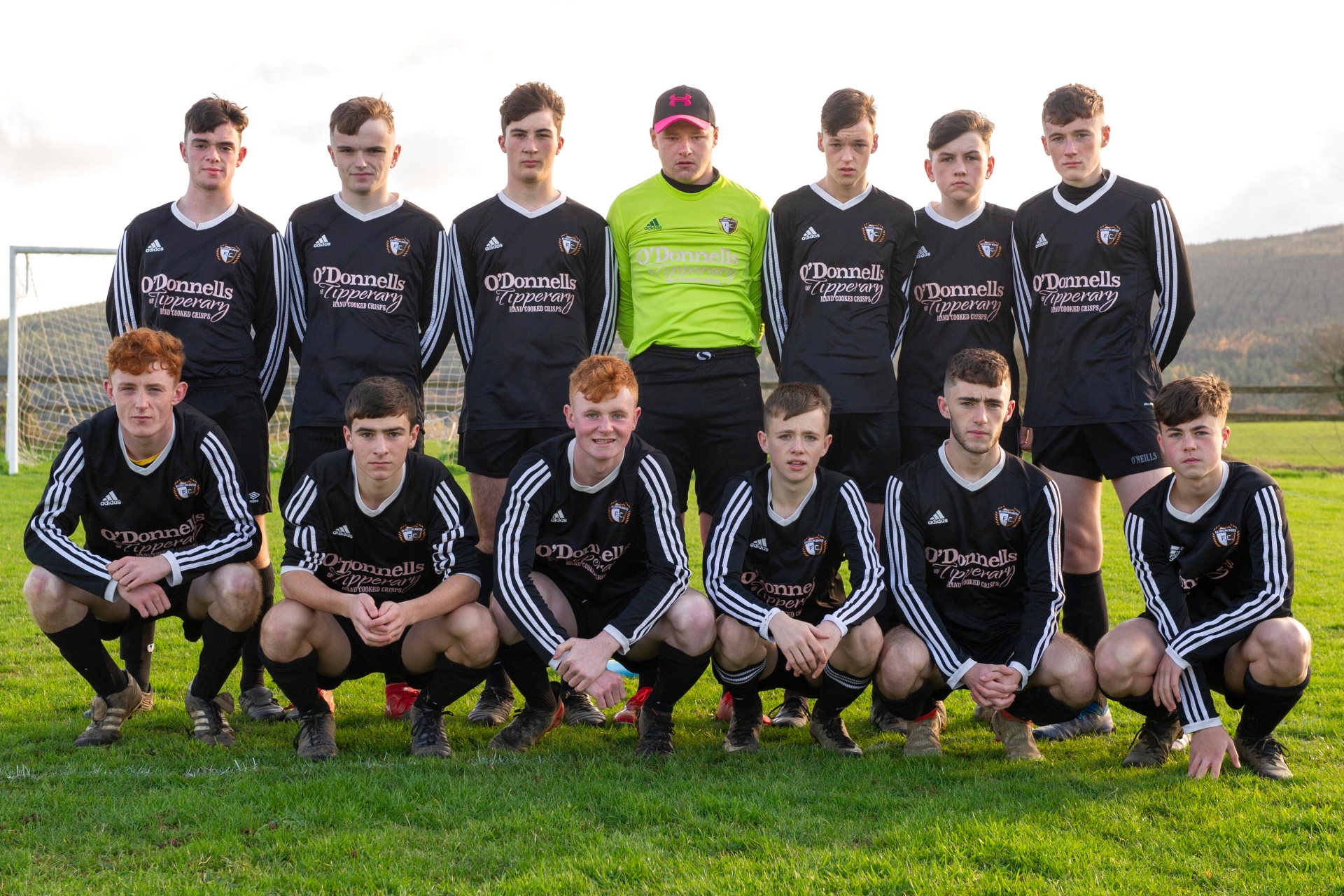 Holders Peake Villa travelled to Cahir Park on Sunday to defend their Paddy Purtill Cup success from last season and despite missing a number of regulars were full value for their win.

The home team started brightly but were getting no change from the Villa central defence who were immense throughout the game.

Eventually the visitors began to dominate the midfield exchanges and were well on top for much of the half without ever really creating a clear cut chance that troubled the home keeper. The hard work and persistence paid off and ten minutes before the break John Walsh found Colm Breen and he unleashed an unstoppable effort to the roof of the net.

In the second half Villa continued to create chances and whatever efforts that the home side did make were snuffed out by 16-year-old Lorcan Cummins making his junior debut in the goal and was excellent throughout, dealing with any efforts the home team had with ease. Cummins may be a name to watch in the future such was the polished performance he gave on Sunday.

Villa finally wrapped up the game when they got their second goal after good work from Seanie Butler released the ever running Adam Garrett who’s pin point pass into the feet of Gubby Jordan was dispatched excellently to wrap up the win.

Wilderness Rovers travelled the long distance to Donohill on Sunday and came away with a very comprehensive win that put them into the quarter finals of this year’s competition.

They took an early lead in the seventh minute through Dean Clarke after great build up play on the wing, but failed to really kick on as expected. Donohill were limited to a handful of chances but visiting keeper Gavin Kennedy was more than equal with an excellent one on one save being the highlight of his half.

Some half chances eventually came the way of the Rovers but they were unable to make any count and went to the break with only a one goal lead.

The second half was much brighter and on sixty seven minutes Stephen Woods rose to head a Brendan Dempsey corner into the back of the net to double his side’s lead.

Countless chances went a begging before substitute Sean Browne put the tie to bed with a nice finish inside the box.

The final blow again was struck by Browne in the final minute to cap off a much improved second half.

A game that took a while to get going was brought to life after half an hour when Stephen Quinn opened the visitor’s defence with an exquisite pass to Jamie Malone and the home striker made no mistake with the finish.

Moments later it was 2-0 when Chester O’ Dwyer made a lung bursting run from defence laid it off to Marky Roche who beat the keeper with a strong finish.

Slieveardagh were handed a lifeline right on the stroke of half time when a beautifully curled free kick by Jonathan Ivors beat Dean Morrissey in the home goal.

The second half saw the home side waste numerous chances with some fluent football but consistently finding David Cashin in outstanding form in the visitor’s goal.

In the end though they did enough and booked a place in the hat for the next round.