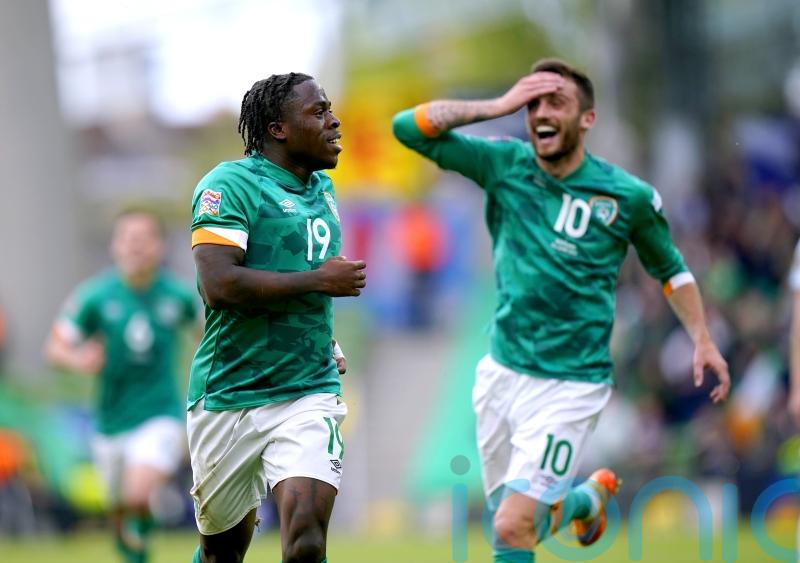 Stephen Kenny admitted he could not have expected Michael Obafemi to make quite the impact he did after seeing him inspire the Republic of Ireland to Nations League victory over Scotland.

Stephen Kenny admitted he could not have expected Michael Obafemi to make quite the impact he did after seeing him inspire the Republic of Ireland to Nations League victory over Scotland.

The 21-year-old Swansea frontman made a goal for Troy Parrott before getting his own name on the scoresheet with a second-half piledriver in a 3-0 win at the Aviva Stadium, the perfect response to being handed a first senior start for his country on his fourth appearance.

Asked if he had been surprised by Obafemi’s contribution before he limped off with a groin problem, manager Kenny said: “I couldn’t have envisaged him scoring a goal like that, but I think having watched him play in the run of games – I watched him play quite a bit towards the end of the season – his performances were the best of all our strikers.

“His overall performances for Swansea towards the end of the season were the best of our strikers, if I was to rate them.

“He worked very hard for the team, but obviously his pass for Troy Parrott’s header, it was just a great combination between the two players, terrific play, and his goal was really a moment of immense quality.

“It was great to see that hit the back of the net and it lifted the stadium. It was terrific.”

Ireland had not won a competitive game at the Aviva Stadium since June 10, 2019, when they beat minnows Gibraltar in a Euro 2020 qualifier, and ending that run handed Kenny just his third victory in 18 attempts when it mattered.

It could not have come at a better time for the 50-year-old, who found himself fielding questions over his future after disappointing performances and results against Armenia and Ukraine. 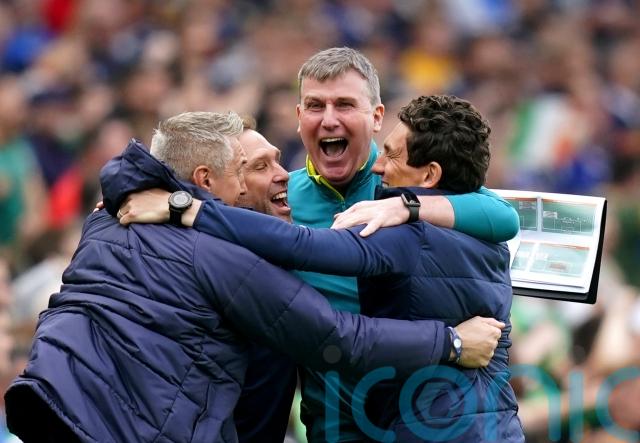 Asked if the performance and result had provided personal justification, Kenny said: “I’m not even viewing it like that, really. I know what I’m doing, I’m very clear on what I’m doing.

“It’s been a really radical shift in the number of players we’ve brought through and it’s very exciting, and clearly the public really identify with it and it’s really, really exciting.

“We had setbacks this week, which we’re disappointed with and we’re not happy about ourselves, the defeat in Armenia particularly, which was a setback. That was one that we didn’t want.

“But we’ve got to switch on to Ukraine now.”

First-half goals from Alan Browne and Parrott set Ireland on their way – and matched their tally for the previous 12 games in the competition – but it was Obafemi’s screamer which capped their best performance for some time. 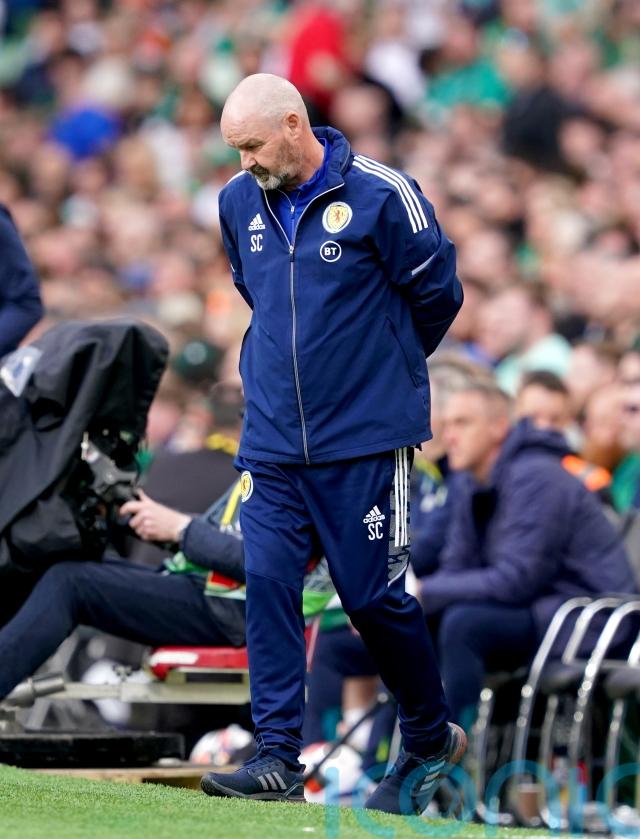 For Scotland boss Steve Clarke, it proved a sobering evening on the other side of the Irish Sea 10 days after his side’s heartbreaking World Cup play-off semi-final exit.

Clarke said: “Ireland deserved to win. They were on the front foot, we didn’t cope with it and we played poorly and we lost.”

“We’ve had two big blows in the space of three games, the first time in a long time that’s happened to us, and I’m interested to see how they come back as a group.

“I’m not going to criticise this group of players. They’ve been fantastic for me. Sometimes you have a bad day. Unfortunately we’ve had two bad days in quick succession and we have to learn to deal with that and move on.”