From Cashel to Kolkata - students set for life changing experience 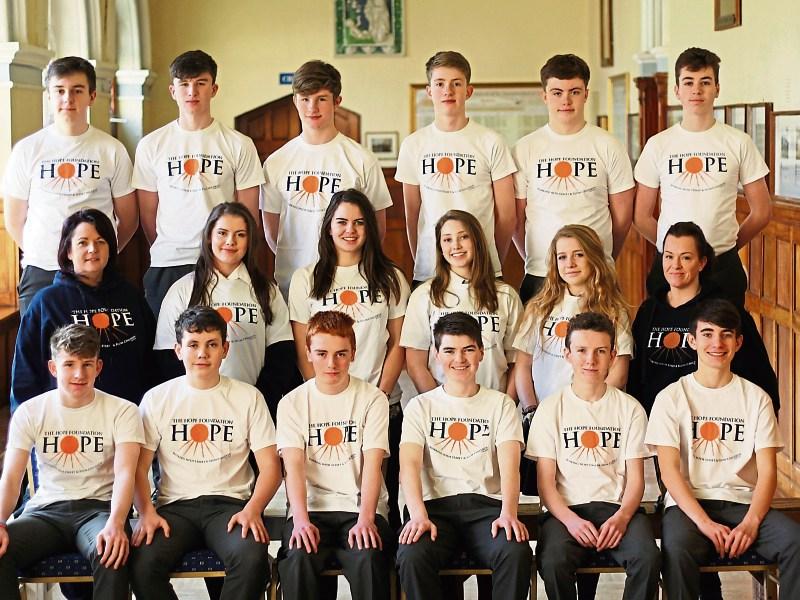 Sixteen Rockwell students, accompanied by supervisors Joan Breen and Roisin Egan, are set to spend a week in Kolkata with the Hope Foundation.

The will depart Thursday next, February 16, with the charity as part of an immersion programme in which they will visit the slums, schools, children’s homes and hospitals run by Hope in the Indian city.

The students began fundraising for Hope during the summer of 2016. They ran table quizzes, sold chocolate bars, busked on the street, organised a sponsored sea swim, held greyhound racing nights, coffee mornings and went bag packing for a week in Tesco Clonmel before Christmas to raise funds.

Former rugby international Denis Leamy visited Rockwell earlier this week for the presentation of a €42,000 cheque to Hope from the students. 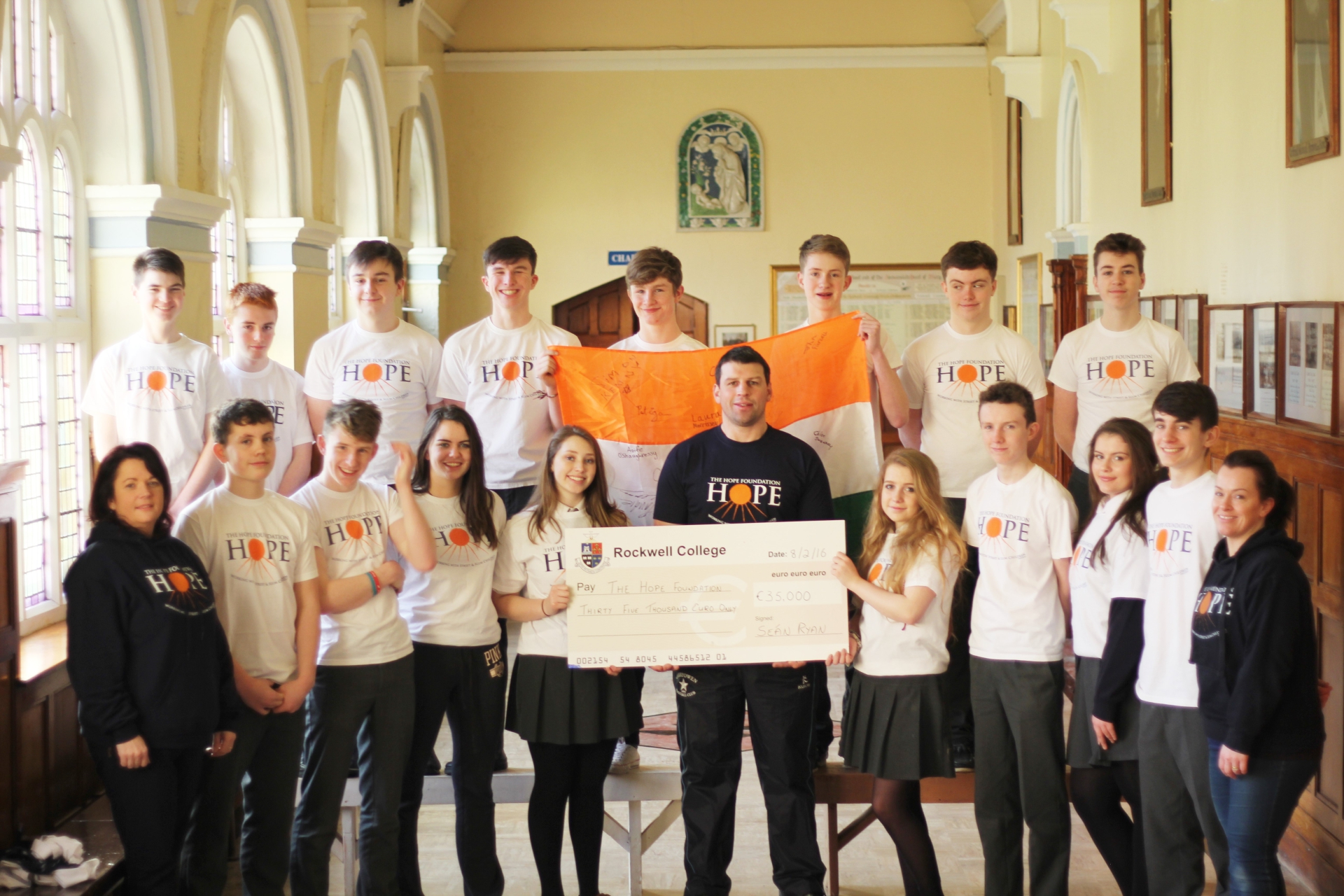 Denis Leamy with Hope Foundation students from Rockwell who raised €4,200 for the charity.