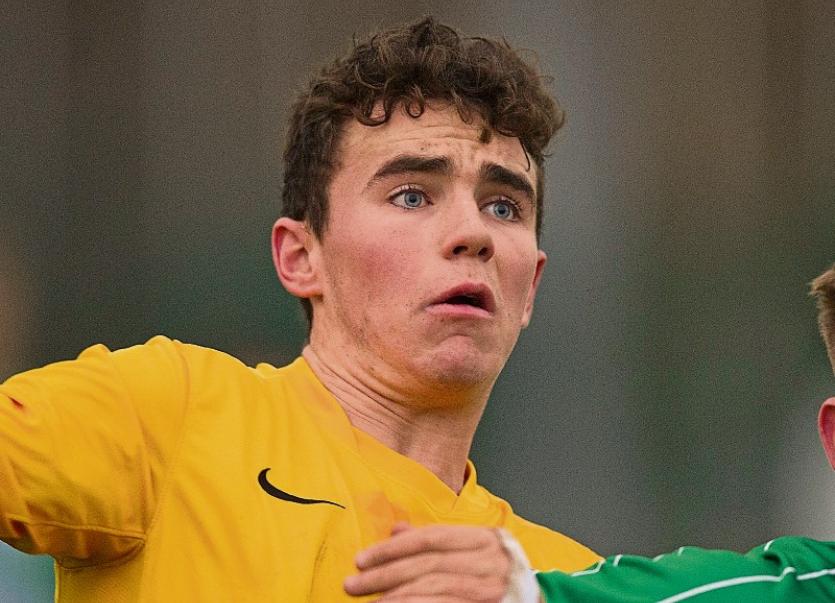 In the weekend's soccer action Clonmel Celtic bowed out of the FAI Junior Cup when they suffered a surprise 2-0 home defeat to Dingle Bay Rovers, who made the long journey from Kerry a profitable one.

At the same fifth round stage of the competition Peake Villa beat Knocknaheeny 4-1 in Cork.

In the third round of the FAI Youths Cup on Saturday a Jack Harney goal helped Clonmel Town beat Skerries Town 1-0 in Clonmel; St. Michael's beat Rathkeale United 4-2 away while Clonmel Celtic made their exit from the competition when they lost 3-0 to College Corinthians in Cork.

Clonmel are leading the First Division of rugby's Munster Junior League at the halfway stage following their latest victory on Sunday, when they beat Galbally 14-0.

They had a try in each half from David O'Gorman and Keelan McDonald, with Brian Lonergan converting both.

However their lead at the top of the table is down to just a point after an injury-time penalty gave Newcastle West a 27-26 victory over Abbeyfeale in a local derby.

Clanwilliam remain third after a 10-5 away win at Cobh.

Kieran O'Donnell scored a try for Clan and Niall Leahy converted and added a penalty.

Kilfeacle,the other Tipperary team in the top flight returned home from West Cork with a 31-21 win over Clonakilty.

In GAA Carrick Swan bowed out of the County U-21 A Hurling Championship when they were beaten by Toomevara by 0-19 to 1-5 in Sunday's semi-final in Golden.

Twenty four hours earlier Toome had drawn with Kilruane MacDonaghs in the North final and were then nominated to play Swan in the county series ahead of the divisional replay.

Despite such a hectic schedule, The Greyhounds were much too strong for the South team on Sunday.

Apart from an early goal from outstanding forward Aaron Dunne, the Carrick side struggled to make an impact against a Toomevara defence led by an eye-catching display from Jason Ryan.

The Swans also had strong performances from goalkeeper Mikey McGrath, Gavin O'Halloran and Aidan Brunnock but on the day they were forced to give second best.

Toomevara will now meet Thurles Sarsfields in the final.

Meanwhile, Ronan Teehan pointed a free with the last puck of extra time to earn Gortnahoe-Glengoole a deserved draw with the North combination, Ballinahinch-Templederry in the Tipperary Water County Under 21 Hurling B Championship Final at Holycross on Sunday.

When it all ended the scores were deadlocked at 1-19 each and everyone present agreed that a draw was the fairest result.

Gortnahoe-Glengoole were seven points down after 13 minutes but a Karl Collins goal two minutes before half time gave them a huge boost.

The North combo were again in pole position entering the last quarter but once more Gortnahoe dug deep, Ronan Teehan scoring two points in the last six minutes to send the game to extra time.

That was after Ballinahinch-Templederry were denied a match-winning goal in the 56th minute when Mathew Ryan’s shot was brilliantly saved by Gortnahoe goalie Mark Mullally.

Ciaran Carey’s point in the 70th minute looked a winner but Gortnahoe and Ronan Teehan had the last say with a point from a free in injury time to send the final to a replay.