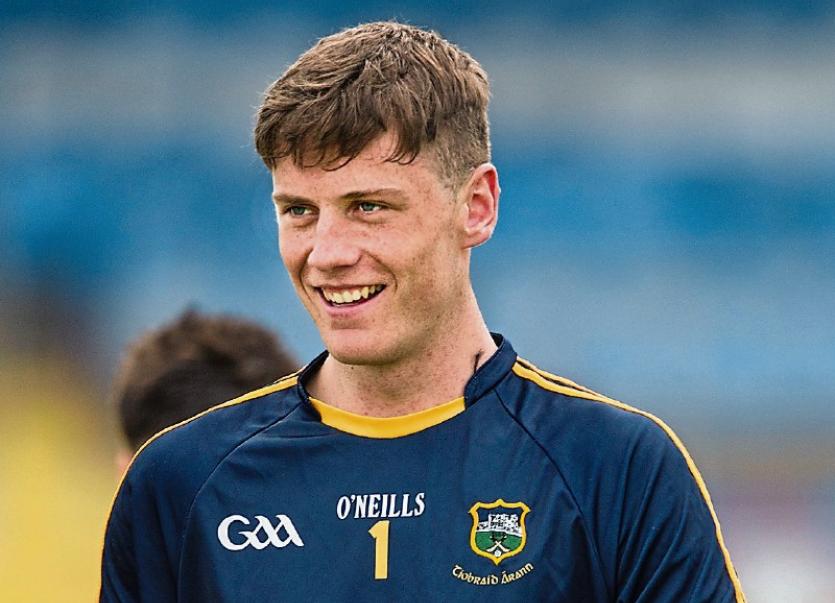 Tipperary goalie Evan Comerford is on the Munster football panel for this weekend's inter-provincial series at Parnell Park in Dublin.

Fourteen Tipperary players are included on the Munster hurling and football panels for this weekend's inter-provincial series.

Michael Quinlivan and Conor Sweeney, who have only recently returned from the All Stars tour to Abu Dhabi and Dubai, will complete an eventful year with their selection for Munster's football semi-final against Ulster at Parnell Park on Saturday December 10th (4pm).

They will be joined by fellow county players Alan Campbell, Evan Comerford and Brian Fox, who also starred in Tipp's historic run to this year's All-Ireland Senior Football Championship semi-final.

The other provincial semi-final between Leinster and holders Connacht will be played at 6pm as part of a double header at Parnell Park on Saturday, with the final being played there on Sunday at 2pm.

There are nine Tipp players in the hurling panel, which reflects the county's success in the Munster and All-Ireland Senior Championships.

Munster will meet Ulster at 1pm and reigning champions Leinster will face Connacht at 2.45 in a double bill at MacDonagh Park, Nenagh on Saturday, with the following day’s final fixed for Semple Stadium at 2pm.

The other selector is Waterford's John Mullane.