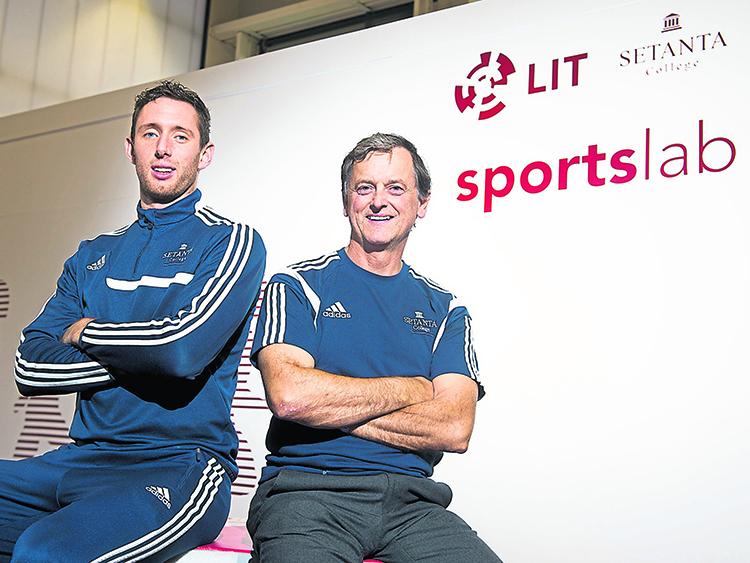 Pádraig Harrington, Ireland's most decorated golfer, can look back on a stunning career which has featured three major championships - the British Open (2007 & 2008) and the PGA Championship (2008). The journey that Harrington embarked on and still pursues has featured a key relationship with the Dubliner's strength and conditioning coach Dr Liam Hennessy.

In conversation with Hennessy it is most obvious that the director of Setanta College admires Harrington greatly; that he admires the process Pádraig committed to in order to transform himself into, Liam argues, the world's greatest athlete.

“Absolutely. Look, there is no greater athlete in my mind in the world than Pádraig Harrington for what he has done. He was just ordinary; he didn’t have talent. His journey came out of a desire to see how good he could be,” Liam Hennessy explained with a beaming smile.

“Very few of us can be the Usain Bolts. When you are given that kind of talent you should be using that talent, but it’s those who don’t get endowed like that and who want to strive to be the best that they can be - that’s a wonderful thing. We all aspire to help people like that here (in Setanta College) - we aspire to help people to improve; little by little and not in extremes, but in a normal, natural and ethical way. And, when you do that great things start to happen.”

Liam Hennessy is fascinated by the journey that athletes like Pádraig Harrington embark on. He does not allow himself to become distracted by medals or acclaim. No, that which captures his attention is the determination of an athlete to improve. Indeed, Hennessy, through his work at Setanta College and as a coach, has made it his life's work to help those very athletes realise their potential.

“I started teaching in a secondary school in English, biology, Irish and PE (physical education), but, really, I wanted to get out of the classroom. I couldn’t handle that stuff. So, I got out of that industry pretty quickly because it wasn’t for me. And, then coaching was always there,” Liam Hennessy told the Tipperary Star.

“I wasn’t a great athlete; I was a moderate athlete in my time, but through coaching I realised that I could help athletes to improve their individual performance. Yes, I suppose my philosophy has always been to help people to be better and to have a more fulfilling life,” Liam Hennessy added.

“For example I am with Pádraig Harrington for 20 years and the first day we met we decided that this was a journey. It was not just about winning a major or a tournament. The satisfaction comes from the journey,” Liam Hennessy said.

And, Hennessy's sense of honour has ensured that short cuts would not feature in that journey. Liam Hennessy is the doctor who does not believe in prescribing pills. 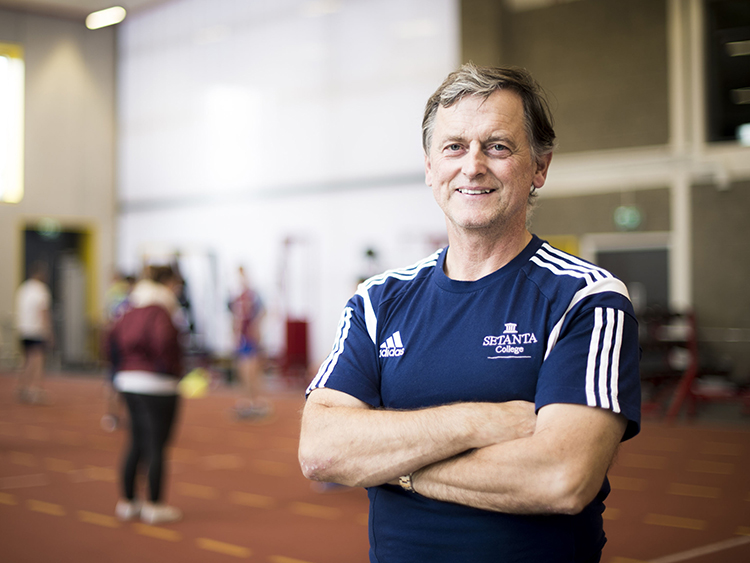 As a teenage pole-vaulter Liam Hennessy turned out for his country and earned himself a athletic scholarship in the United States. His dream was to compete at the Moscow Olympics, but Liam's PB was five inches or so away from the qualifying standard when he was asked a life-defining question. Was the Tipperary man prepared to take a steroid in order to bridge the gap between where he found himself in terms of athletic performance and where he wished to be?

In New Mexico all those years ago (1979) Liam Hennessy was presented with the option of taking a performance-enhancing drug. Liam, to his credit, said no. The experience, however, lit a fire in the teenage athlete which blazes to this very day. Back in '79 Hennessy walked into the local library determined to assert that there was a better way for an athlete to get bigger, faster and stronger without selling out.

“I said, right, I am doing the wrong type of work, I really want to do the right type of work and I would love to see others doing the right type of work as well. That’s what I wanted because I knew this was nonsense. Athletes were running miles to play a game like hurling. When do you run around the pitch for 12 laps during a hurling match? God, I said to myself, we have awful practices going on in terms of preparation for performance in sport. And, it is still going on. It was there and then that it happened. I remember standing in the library in New Mexico and saying to myself that this is ridiculous. I wanted to go on a journey and find out what could be done better,” Hennessy added.

That desire to find a better way propelled Hennessy through a mountainous academic work load which featured Thomond College, Loughborough University, the University of Limerick, a masters, a PhD and post-doctorate work to boot.

In a practical sense Hennessy worked inside the soccer industry in Germany and Italy, sought advice from the very greatest of coaching minds and studied everything he could get his hands on.

The prevailing drugs culture irritated him, but Hennessy had found an antidote. For Liam Hennessy the learning was the drug. Every step taken opened Liam Hennessy's eyes to what could be achieved once an athlete committed to that journey of self-improvement.

“The one thing that was very evident back then was that drugs were becoming big and were big in sport, but I knew that this was not the way (to go) - science had to have far more answers than what we were asking of it. We needed to draw upon what it could do,” Liam Hennessy said.

“The quick fix was anabolic steroids, but, to me, that scenario was a no-no. It was a no-no because when you come from Cappawhite there are boundaries, rules, honour and values that exist. I would have had a very naïve view of wanting to help others to avoid making bad decisions. I have always had that philosophy. And, sport has lost its values at the higher end, big time. The Olympics are the greatest example of where values are totally absent. Regardless of what the custodians of the Olympics say the evidence is jumping out at us.” 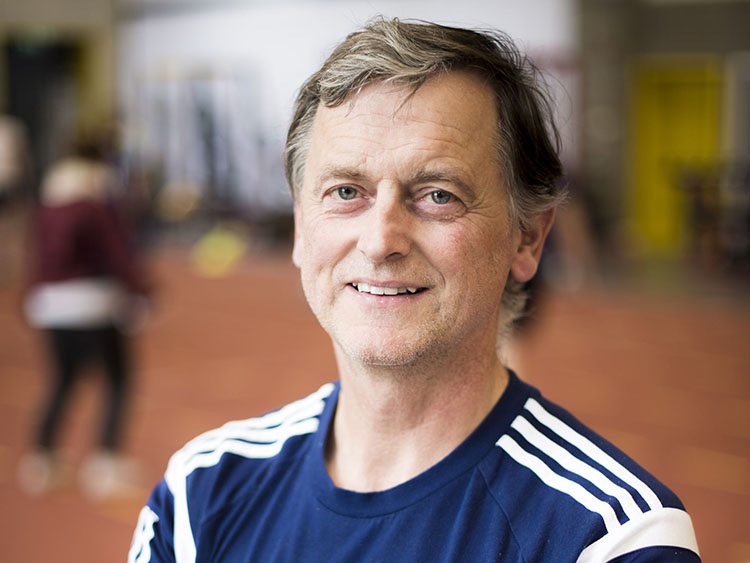 A SOURCE OF IRRITATION

The prevalence of the drug culture in sport, obviously, irritates Liam Hennessy, but not as much as it once may have.

“It used to,” Liam Hennessy admitted.

“In recent years I think that I have mellowed in terms of that. I have no doubt about this - if we are to be honest and if we are to have real values in sport we have got to put our hands up and say hold on a minute. There should be a drug Olympics and a drug-free Olympics. You could run them both on the same occasion; you could have category A and category B. You could have all those who are taking drugs run the 100 metres and all those who are not on drugs run the 100 metres and then it is up to people to decide which one they want to look at,” Liam Hennessy suggested.

“The reality is that - no matter what WADA (World Anti-Doping Agency) says - the doctors will always be so far ahead that it’s laughable at that level. And, that will continue. You can’t beat drugs in sport, you just can’t. We are going to get kicked in the teeth. So, what do we do? I would not give up on sport and what it can do, but I would have lost a lot of interest in it because of the sheer disrespect for sport that pursuing a medal can bring. That’s not what sport is about.”

Liam Hennessy's sees sport as a huge social tool - a tool that a community can use to develop its people; to transform the idea a person might have of themselves and to teach individuals that when they apply themselves that life can be bigger.

“Elite international level is the worry. So, when we come back here and we look at our indigenous games and our youth development that’s fabulous. That’s where our energies should be going; that’s where all the money and support should be going. That’s where the support for the parent, the teacher, the coach and the club should be going and then work to build a healthy community through that,” Liam Hennessy told the Tipperary Star.

“Dessie Farrell, from the GPA (Gaelic Players Association), was seeking at one stage that the (Irish) constitution should include sport. And, I would have been 100 per cent behind that because it is sport which probably protects and moulds individuals far more than any other single influence bar parents and peers. And, yet it is not acknowledged in the constitution,” Liam Hennessy added.

“And, we don’t have to get hung up on sport as such; it is about being physically active and involved. If it is non-competitive it can be equally as meritorious. We know that those who live socially and interact live longer than those who don’t. Sport and exercise helps people to interact and communicate better. It helps them to build longer-lasting relationships and to deal with failure. We know that those experiences help children; we know that because the science is there to tell us that it does.”

Following the interview with Dr Liam Hennessy the Tipperary Star website features three distinct pieces with the Cappawhite coaching guru of world renown. Click here for 'Doctor’s orders: what GAA clubs can learn from the experience of Irish rugby'. Visit this section of the website for Liam Hennessy's reflections on Pádraig Harrington and drugs in sport and, finally, see here for news on all the latest developments at Setanta College.