Tobin on song with big win in Nashville 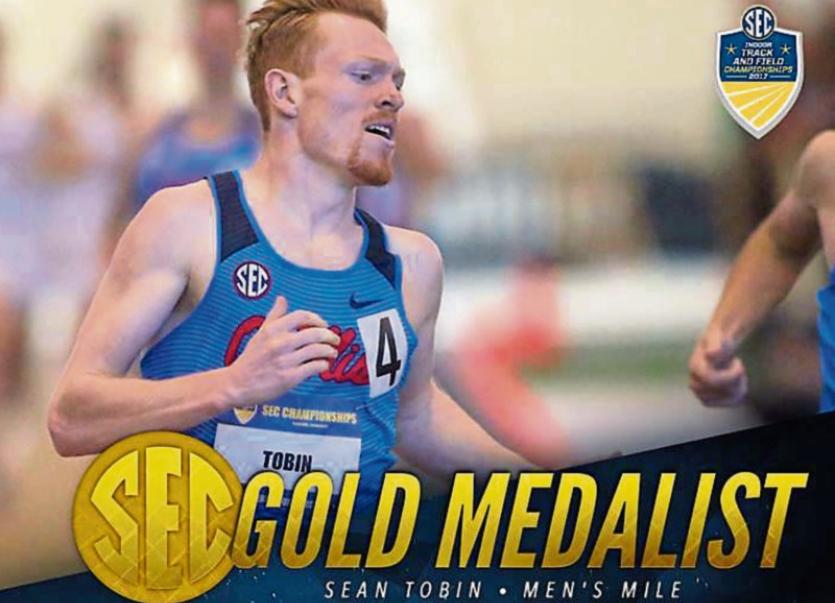 Sean ran a brilliant race when leading from the start and brought the field through 1Km in 2 mins 30.19 secs. Then with about 300m to go he was passed by Trevor but Sean had other ideas as he powered home on the final lap to win brilliantly.

Sean qualified for the final when finishing 4th in his heat in 4 mins 10.05 secs. He was going into the final as favourite and he wore that label without any fuss as he had the fastest time this year in the region of 4 mins 0.09 secs.

Last weekend we had Anthony Tobin competing at the Manx Harriers Open 10K competition. This is a competition that Anthony is familiar with as he competed here last year when finishing 2nd in 48 mins 45 sec. This year he once again set the pace and came home a very worthy winner when crossing the line in 47 mins 5 seconds. This was a brilliant performance and a great start to the year.

Last Friday night we held our Annual All Ireland Presentation Awards in Moynihans. It was a night to celebrate with our stars, Juvenile and Seniors alike. Club Chairperson Nicola Maunsell welcomed everyone to the Awards and said it was great to celebrate such great achievements across a wide array of events and age groups. Each athlete’s achievements were mentioned and they were all presented with their award by Club Chairperson, Nicola Maunsell.

March 22nd sees this year’s Morrison Mini 6k road race series get underway with the Practise run over the Lidl to Loreto circuit getting underway at 6.15pm sharp. For this race all participants MUST wear a high viz as the clocks will not have gone back. The Club is delighted that Morrison Mini Cahir is once again sponsoring this very popular race series. The format is still the same, five athletes on each team and the best three times, closest to the predicted times, will count for each team on each night. This year we are expecting over 400 athletes to compete each night and so each race will be chip timed. The entry fee for the 5 races is 20 Euros per athlete.

The rest of the races in the series are on Wednesday nights 29th March, April 5th, 12th and 19th and will start at 7pm sharp. The race headquarters will be at the Colaiste Cheitinn, the Mall where numbers can be collected each night from 5.30pm onwards.

Team Captains must submit their teams by Thursday 24th March to Niall at niallfosullivan1@eircom.net.