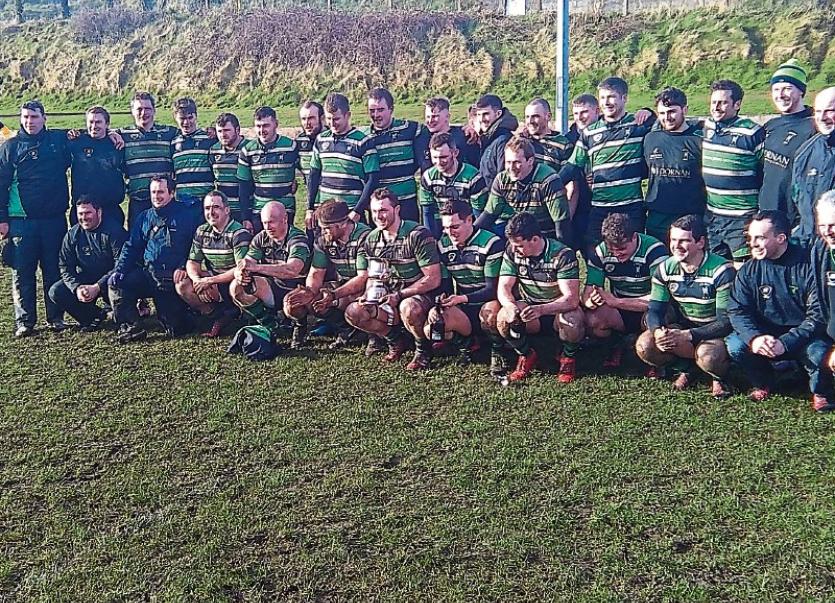 The Clonmel RFC team that created history on Sunday with a third league title in a row.

Clonmel RFC created history today when winning the Munster Junior League Division One title for the third year in a row.

They proved too strong for Abbeyfeale and three converted tries saw them win 21-5.

The game was played at Clanwilliam in Tipperary town as Clonmel's home pitch at Ard Gaoithe was unplayable.

The win led to jubiliant celebratations at the end as Clonmel confirmed their status as the top junior side in the province.

Three titles in a row in a very competitive division reflects wonderful consistency.

It wasn't pretty at Clanwilliam but a powerful display from the pack would have delighted coach Denis Leamy. 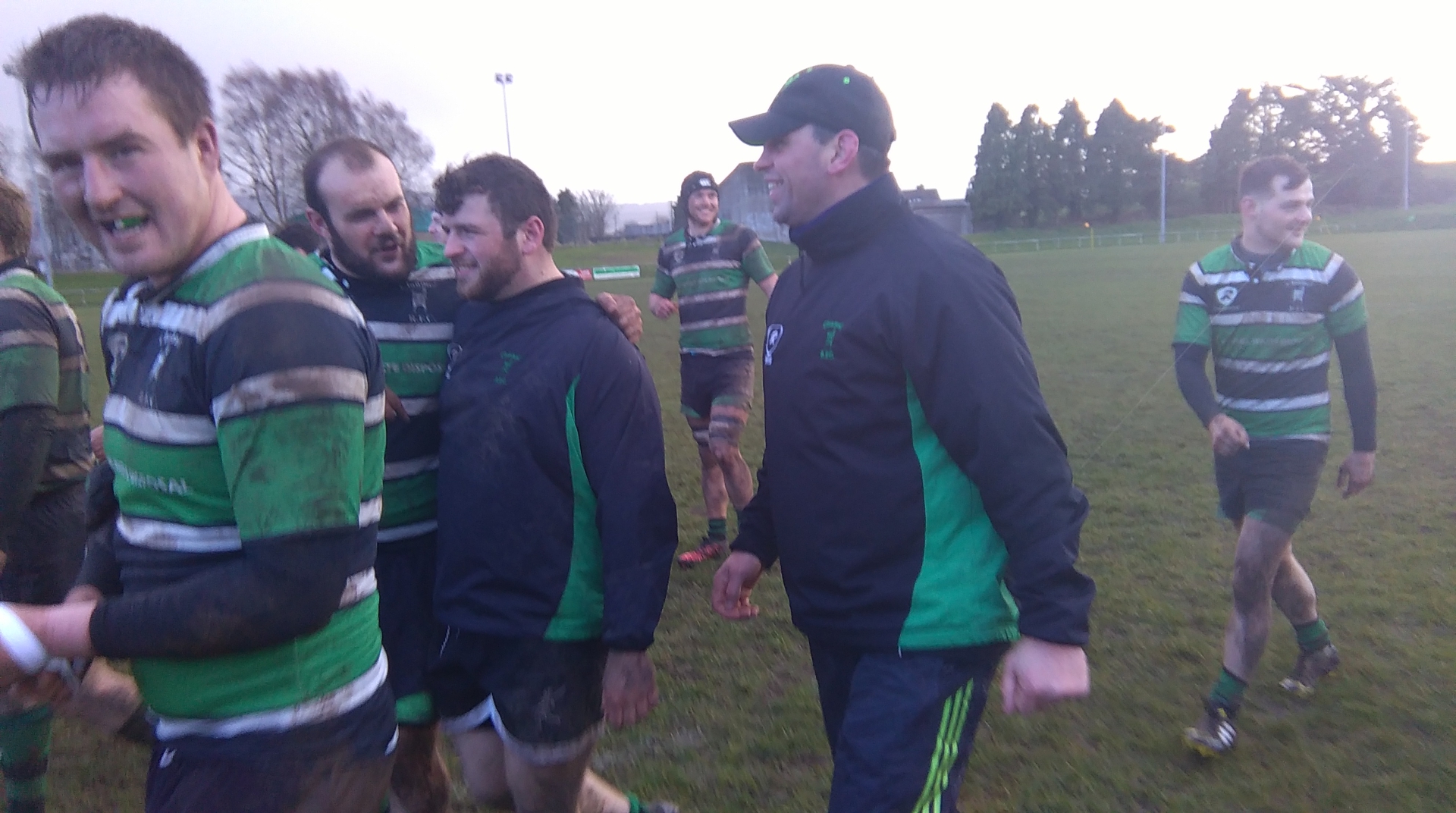 A delighted Clonmel coach Denis Leamy at the final whistle.

On an Arctic day, with a biting wind and driving rain, it wasn't a day for running rugby and one had to feel sorry for the backs as they were starved of so much  ball.

So Clonmel kept it tight, playing ten man rugby. And the influence of Leamy was evident for all to see as they controlled the game despite facing a big Abbeyfeale pack.

An Alex Sheehan try opened the scoring on 35 minutes. Forward pressure paid dividends as Clonmel camped on the Limerick side's line and Sheehan picked from the base of a scrum to crash over. Conor Cooney added the extras with a fine kick that took full advantage of the wind.

Clonmel led 7-0 at the break after playing into the teeth of the wind and they used it to their advantage in the second half as they spent most of it in the Abbeyfeale half.

They continued to keep it tight and when Ronan Crosse crashed over for a try that Cooney again converted, the title drew closer.

They were rocked back on their heels when Abbeyfeale produced one of their best moves in reply and a backline movement ended with a try in the corner that went unconverted.

But it was only a momentary lapse and Clonmel regained control and a second Crosse try, again converted by the unerring Cooney, wrapped up the win. 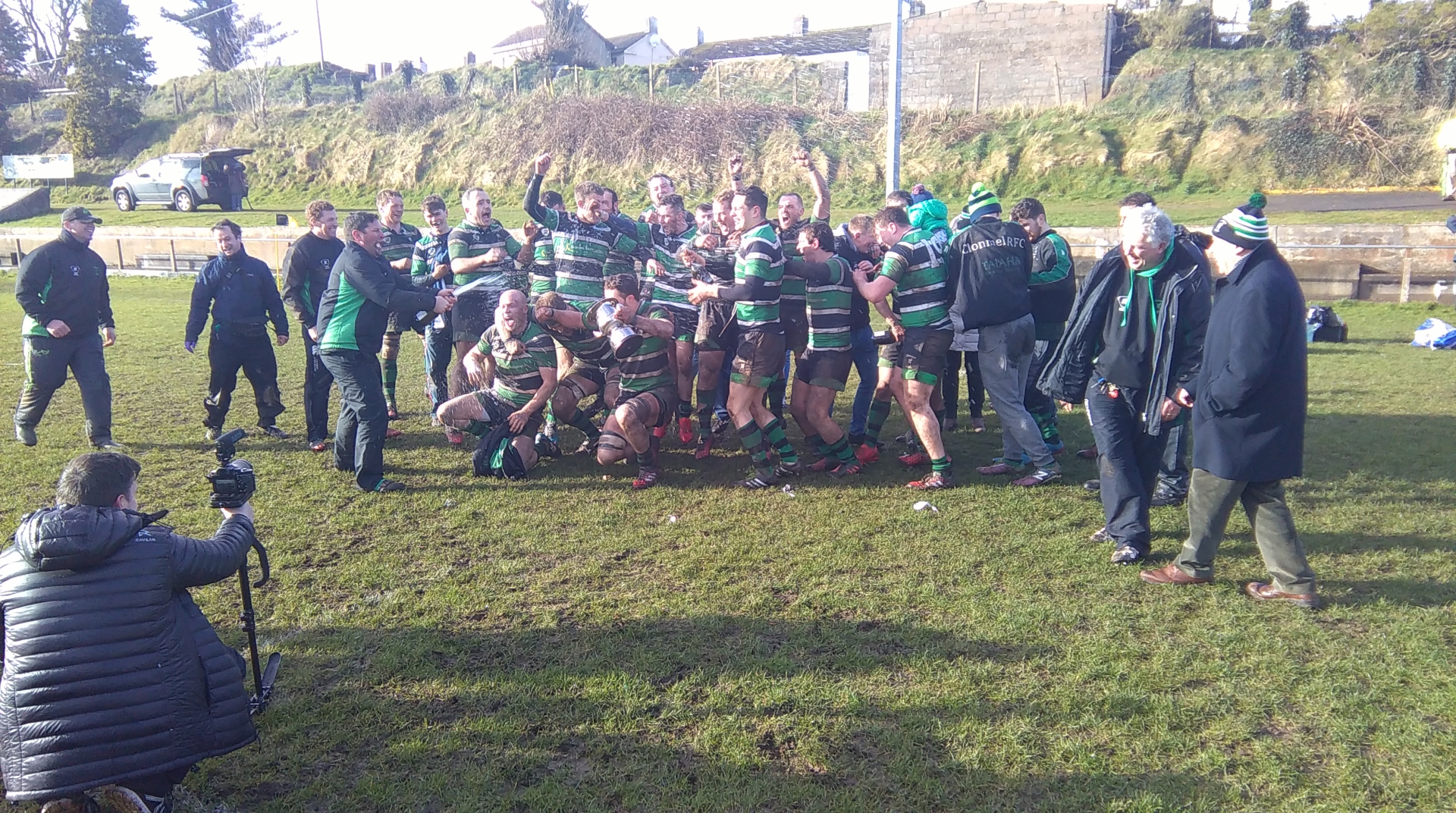 They played like the champions they are to see out the victory and create history for the club.

Denis Leamy has done it all as a player for Munster and Ireland and has now confirmed his status as a coach to be reckoned with.

Congratulations to history-makers Clonmel on a very special day for the club.