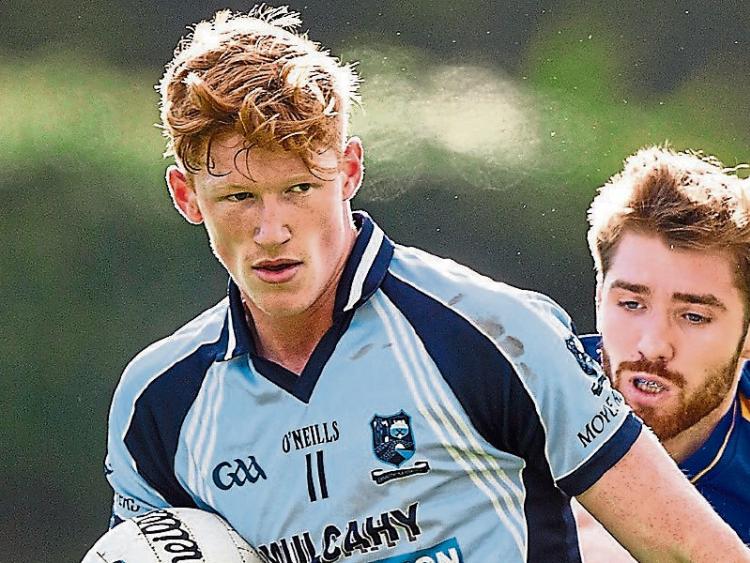 Moyle Rovers player Stephen Quirke was one of Tipperary's best players against Limerick.

Tipperary lost a thriller to Limerick after extra time in the Munster u-21 football championship quarter final at the Gaelic Grounds in Limerick tonight, losing 0-16 to 0-14.

It was a disappointing start to Declan Browne's tenure as Tipperary manager but he can take pride in the brave performance of his team.

It looked like Tipp had the game won in normal time with a Jack Kennedy free but Limerick levelled to force the extra time.

They also led in extra time but the Shannonsiders showed great grit to claw their way back.

It was a heartbreaking defeat for Tipp in a game neither side deserved to lose.

Tipp looked to be edging it when sub John Lyons put them ahead in the second half of extra time but late points from Limerick's Kieran Daly, Michael Donovan and Brian Donovan won it.

Tipp played most of the second half of extra time time with fourteen men when Jordan Moloney received a black card.

Limerick led by a point at half time, 0-5 to 0-4. Tipp took the lead through a Jack Kennedy free after a minute but Limerick went on to dominate most of the half.

Tipp were playing second fiddle to a well drilled Limerick side but were working hard.

Tipp didn't score from play in the first half - Jack Kennedy kicked two frees and a 45 and Joe Ryan converted a free. Both sides had goal chances - Tipp goalie Charlie Manton made a point blank save from Limerick's Hugh Bourke after 16 minutes and Bourke sent the rebound wide.

Then a minute and a half into the second half Tipperary were reduced to fourteen men when Emmet Moloney received a second yellow card for a foul on AJ O'Connor. Hugh Bourke converted the free to extend the lead.

Fourteen man Tipperary showed great spirit in the second half and looked like they had the game won when Jack Kennedy converted a free in the fourth minute of additional time. But there was still time for Limerick sub Robert Childs to kick a superb equaliser and sent the game to extra time. Limerick had Josh Ryan sent off in that additional time.

However both sides were resored to fifteen aside for the extra time.