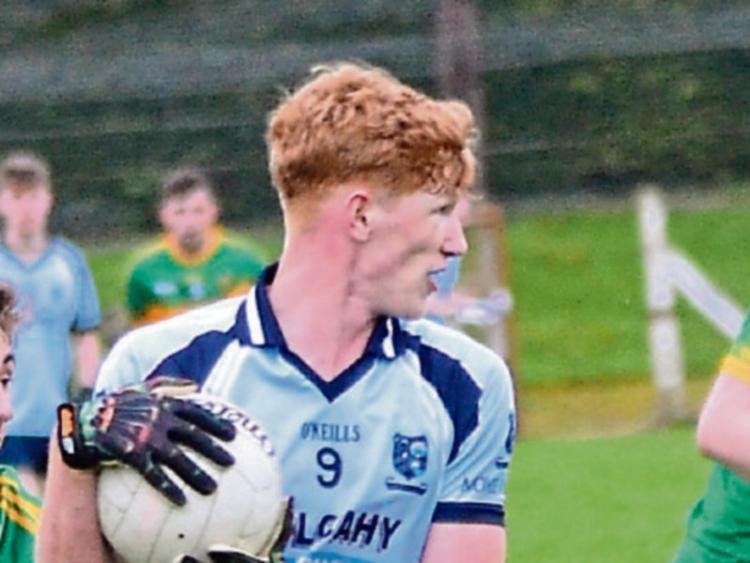 Stephen Quirke was superb for Moyle Rovers in the win over JK Brackens.

And they did it the hard way, needing extra time again to see off the plucky challenge of JK Brackens at Cashel on Sunday, winning 0-15 to 1-8.

It was a monumental display from the Powerstown-Lisronagh side. They dug deep to overcome archrivals Clonmel Commercials as darkness fell on Ardfinnan on Good Friday night and they achieved the same feat on Sunday.

And they can thank remarkable performaces from the peerless Stephen Quirke who was sublime; from Rian Quigley who put in a huge game; from Danny Owens who was a colossus; from captain Brian Norris; and other heroes such as Ciaran Luttrell, Jack Harney and Ian McGrath.

The Moyle Rovers team that beat Clonmel Commercials in the South Tipperary u-21 FC 'A' final on Friday night and then beat JK Brackens in the county semi-final less than forty eight hours later.

As cramp began to set in, they had barely fifteen men standing at the end. But as a team they stood tall.

Rovers management had to make changes from the South final but those who came in showed strength in depth at the club.

Yet they were slow to settle and were 1-3 to no score down after thirteen minutes, the Brackens goal from county minor hurling star Paddy Cadell and the three points from Shane Doyle frees.

Quigley from a free had Rovers' opener but they still trailed by five at the break, 1-5 to 0-3.

The South side had the benefit of a strong breeze in the second half and they soon  made it pay. They slowly ate in the Brackens lead until they were level at 0-8 to 1-5 by the 49th minute. As Templemore failed to score, Rovers had three pointed frees in a row from Quigley, Quirke with the score of the game from an Owens pass and Quigley from play to draw level.

But just when it looked like the lead was inevitable for Rovers, Brackens launched a blistering counter attack out of defence that ended with a sweet point from marksman Shane Doyle to regain the lead.

It now looked like all the hard work from Rovers was in vain until another Quigley free sent the game into extra time, 0-9 to 1-6.

And if anyone worried about tired Moyle Rovers legs in extra time, they need not have. After Quirke and Andrew Ormonde exchanged points in the first two minutes, they hit four without reply to lead 0-14 to 1-7 at the break. Quirke was fouled and pointed the free himself, then another from play and Quigley followed up with two great points.

The Templemore men needed a good start to the second half of extra time but instead it was Quirke who extended the Rovers' lead after Niall Bourke had pulled off a great save from a goalbound shot from Owens. And from there to the end Rovers played keep-ball with short passing and a late Brackens point from Ormonde was the only other score.

Moyle Rovers players and supporters celebrated another huge win over the Easter holiday. It proved to be a special weekend for the proud club.