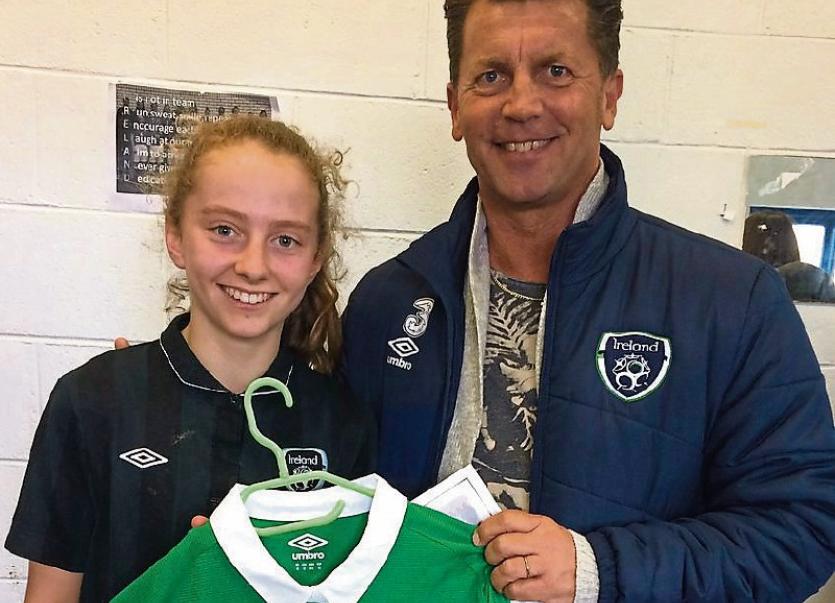 Congratulations to Tipperary girls soccer star Aoibheann Clancy, Kilburn, KIlbehenny  on being selected on the Republic of Ireland U15 Girls’ International Development squad who received her first cap for Ireland over Easter in Dublin while at the Bob Docherty Tournament with the Irish U15's.

This is a a massive achievement for Aoibheann.

Anyone who knows Aoibheann knows the hard work and dedication she has put in and her attitude towards training and games is always top class.

Aoibheann will represent Tipperary U14  at the All Ireland Tournament the Gaynor Cup at University of Limerick in June.

Meanwhile the annual Viking Cup Tournament took place in Waterford recently.  The tournament ran for three days with both an U14 and U16 competition taking place. The TSSDL ETP had three teams taking part, an U14 Development Squad, another U14, and an U16 Squad. 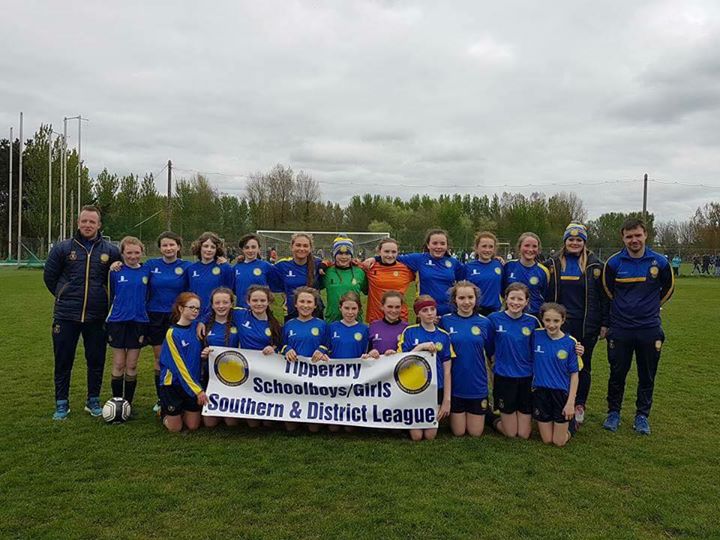 Part of the TSSDL U14 Squad and Coaching Team who participated in the Viking Cup held in Waterford over Easter.

To kick off, the U14 development squad played against Wexford in an enjoyable game. The girls began with some trepidation but soon began to showcase their talents. The development squad continued to impress during a match against our friends North Tipperary. This was a thrilling game played by two even sides, and played in the right spirit.

The development squad’s remarkable efforts continued against Limerick County and concluded against Wexford. The girls left their best performance for their final game and were rewarded with a late goal.

The U14 girls had a hard fought game against Kildare. Some good play created numerous chances but it wasn’t until the second half that both sides were rewarded for their endeavours. Waterford were our next opponents, as another good performance concluded day one.

The TSSDL kicked off the second day against Limerick Desmond. In a initially cagey game, the girls soon played their way into it and created chances through some excellent play. The girls then played against Kilkenny. The instantaneous turnaround did little to curb the girls attacking intent as they scored some early goals. An excellent side like Kilkenny were always going to create chances and they duly scored a goal of their own. The girls responded impressively and some more goals were added in the second half. 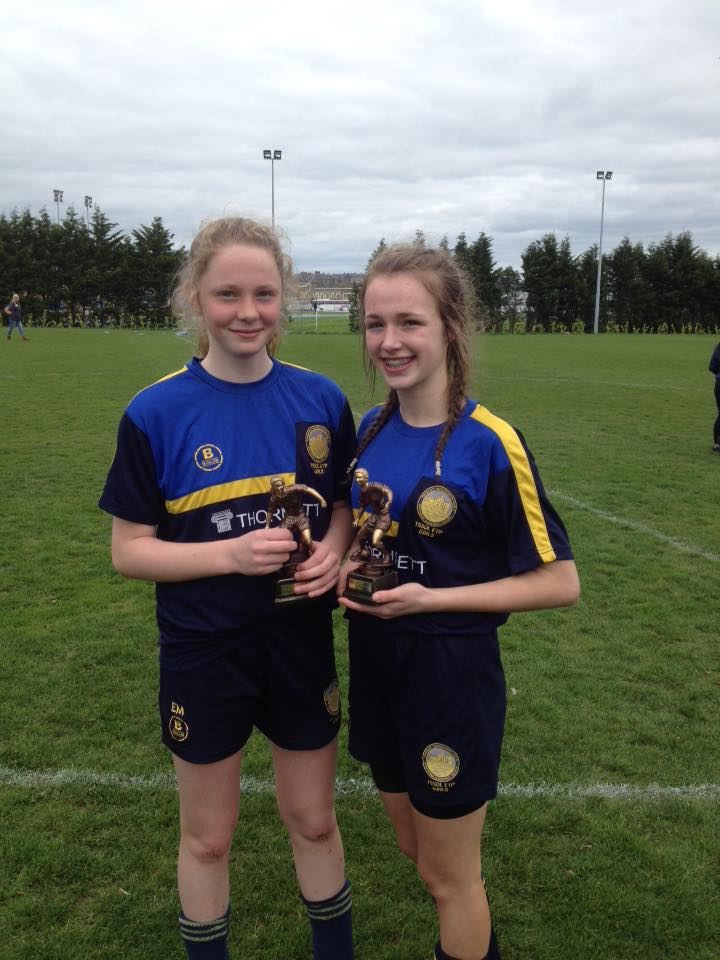 U14 Tipperary girls Emer McCarthy (Cashel) and Robin Carey (Cahir) were chosen on the team of the tournament.

Preparation then began for a game against Dublin. The girls produced their best performance of the tournament. They played out from the back at every opportunity while the intensity of the girls pressing when out of possession created difficulties for Dublin. After the game, the girl’s performances were praised by tournament organisers. This was emphasised by Emer McCarthy (Cashel) and Robin Carey (Cahir) being placed in the team of the tournament.

The U16 squad kick started their campaign against an excellent Cork side. The girls played out really well, with the wide players working tirelessly to create gaps in the Cork back four, and our midfielders always looking for penetrating passes to exploit these gaps.

After a positive performance against Cork, the girls were initially rocked back by Waterford. The girls showed their resilience as they managed to play their way back into the game with late goals.

The girls returned on Friday, and in their penultimate game played Wexford. The girls struggled to deal with the lively Wexford front three but continued to produce moments of good play.

The u-16s produced their best performance against a good Donegal side. The performance of the U16’s raised the spirits of the supporters, and showcased the level of performance attainable to the group. 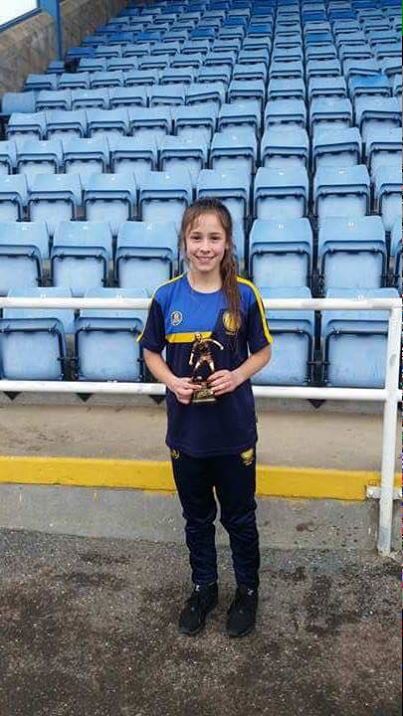 Under 16 Clerihan player Caoimhe Mulcahy who was awarded with player of the tournament at the Viking Cup.

Caoimhe Mulcahy (Clerihan) was awarded for her performances as she earned another team of the tournament accolade.