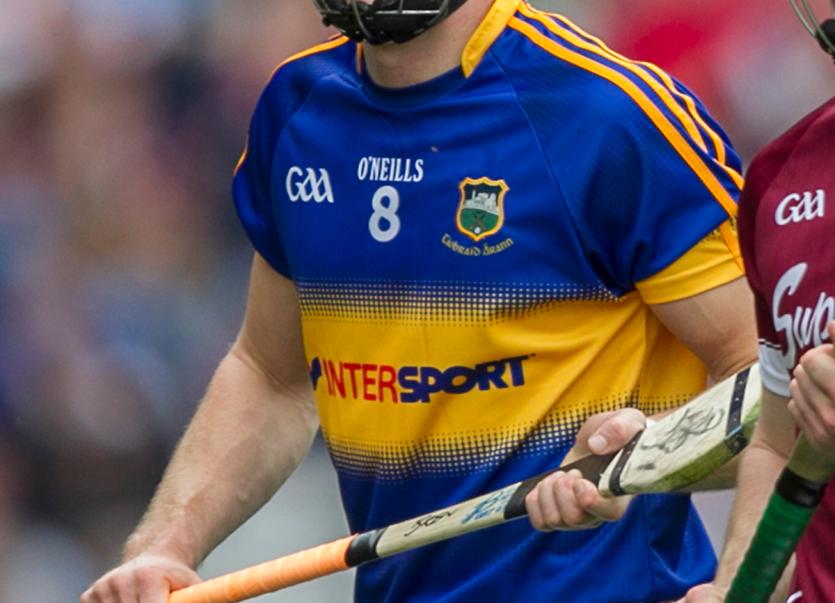 Brendan Maher was one of Tipperary's better players when they lost to Cork in the Munster Senior Hurling Championship quarter-final.

Tipp's hopes of winning a third Munster Senior Hurling Championship in-a-row lay in ruins when they were beaten by Cork in this afternoon's quarter-final at Semple Stadium.
A high-scoring thriller at the Thurles venue ended in a four-points victory for the Leesiders, who fully deserved their first championship victory over Tipp in seven years.
Tipp captain Padraic Maher admitted that his side was "gutted" after the defeat, which means that they'll have to take the scenic route through the qualifiers in the defence of their All-Ireland crown.
Cork, meanwhile, have a Munster semi-final against Waterford to look forward to on June 18th.
Tipp manager Michael Ryan had no complaints with the result, which he said had left his team with a lot of "soul searching" to do before they attempt to resurrect their season.
The scores were level at 0-15 apiece at the end of a first half that was played at a breakneck pace, and during which the sides were level thirteen times, providing great entertainment for the attendance of 30,103.
Tipp had every reason to be optimistic turning around for the second half, with the strong wind behind them. But Cork started the second period the better and it was no surprise when they pounced for the game's opening goal in the 43rd minute, Shane Kingston beating Darren Gleeson at the second attempt when he collected Seamus Harnedy's pass.
That put the Rebels four points ahead and the gap was down to just two before Tipp turned the tie on its head in the 56th minute. That was when Seamus Callanan picked out John McGrath with a peach of a pass and the Loughmore player arrowed an unstoppable shot into the top corner of the net.
However Cork weren't to be denied. A converted '65 from the outstanding Conor Lehane restored their one-point advantage and with a minute of normal time remaining substitute Michael Cahalane raced onto Darragh Fitzgibbon's pass to shoot their second goal.
Scores from Dan McCormack and Michael Breen - his sixth from play- trimmed the deficit to two points in the first of the four minutes of additional time.
However there was no stopping Cork and late points from Luke O'Farrell and Seamus Harnedy put the seal on their victory.
All too often in the heat of the battle the Tipp players were outnumbered by their Cork opponents and at times it appeared as if Cork had an extra player or two. They also found it difficult to cope with the Leesiders' passion, drive and aggression, despite the best efforts of Michael Breen, Brendan Maher, Dan McCormack and Noel McGrath.
Captain Padraic Maher did best in a defence that endured an uncomfortable afternoon from the pacy Cork forwards, while substitute Joe O'Dwyer provided the side with some badly-needed impetus when he was introduced in the 58th minute.
Cork played like men possessed all afternoon, none more so than Conor Lehane, who scored 10 points from play and placed balls. He had willing accomplices in attack in Shane Kingston, Seamus Harnedy, Patrick Horgan and Alan Cadogan.
Darragh Fitzgibbon had a fine game in the centre of the field while Mark Ellis and captain Stephen McDonnell were superb in defence, while goalkeeper Anthony Nash made vital saves from Brendan Maher (at the expense of a Tipp point) and Seamus Callanan in the first half.
Tipperary - Darren Gleeson, Cathal Barrett, James Barry, John O'Keeffe, Seamus Kennedy, Ronan Maher, Padraic Maher (captain 0-1), Brendan Maher (0-2), Michael Breen (0-6), Dan McCormack (0-3), Sean Curran (0-1), Noel McGrath (0-3), John O'Dwyer (0-2, 1 sideline), Seamus Callanan (0-6, 4 frees) and John McGrath (1-1).