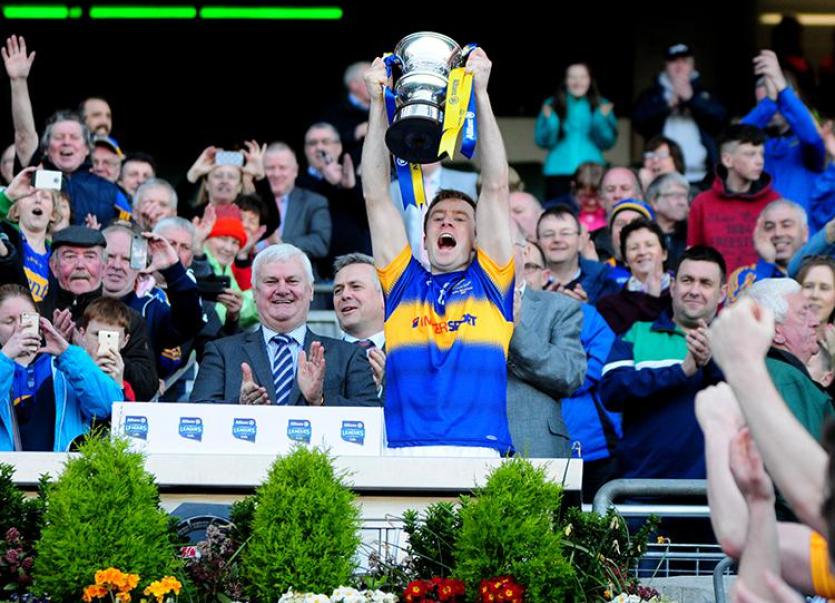 Brian Fox captained Tipperary to a league final win over Louth in April.

Brian Fox became an inter-county footballer for this kind of game and no one is going to spoil it for him - the Tipperary senior football captain simply can’t wait for Saturday, June 10th (5pm) when the Éire Óg Annacarty man enjoys an opportunity to test himself mentally, physically and emotionally against Cork in a Munster Senior Football Championship semi-final at Páirc Uí Rinn.

Speaking to Tipperary Star Sport this week Brian Fox admitted that he was personally excited by the prospect of facing the Rebels in their own back yard.

“To be honest I am; I am a real championship guy,” Brian Fox explained.

“When I first started with Tipp I wanted to win everything and under John Evans in our first two years we had success in the league and we got up to division two which was brilliant. But we never did it in championship for those few years which was disappointing because it led to a real sour ending to the year after having started off so well,” Fox added.

Brian Fox succeeded Peter Acheson as Tipperary senior football captain this year and climbed the steps at Croke Park, Dublin on April 8th when Liam Kearns’ men beat Louth comprehensively in the division three league final (3-19 to 0-19). And, although Fox believes that championship football is the bench mark winning the league was special too.

“It was a huge honour - don’t get me wrong; to win any title is a huge honour. Getting promoted and winning division three was something that we did focus on, but this game (against Cork) is what will make or break our year as far as we are concerned in terms of whether it has been a successful year and whether we have developed,” Brian Fox explained.

“Exactly - this is why you play inter-county football. It is for these challenges and it is to play in these matches. Any inter-county footballers will tell you the same. You play for the love of the game, but you also play for the challenge and the reward of winning because it’s huge. The feeling of satisfaction when you win a big game that you have prepared so long for and that you have put your life on hold for is massive - any player who plays inter-county football will tell you that they love that. I am really looking forward to it - genuinely now, to get back playing championship and to face into a challenge like Cork is just brilliant.” 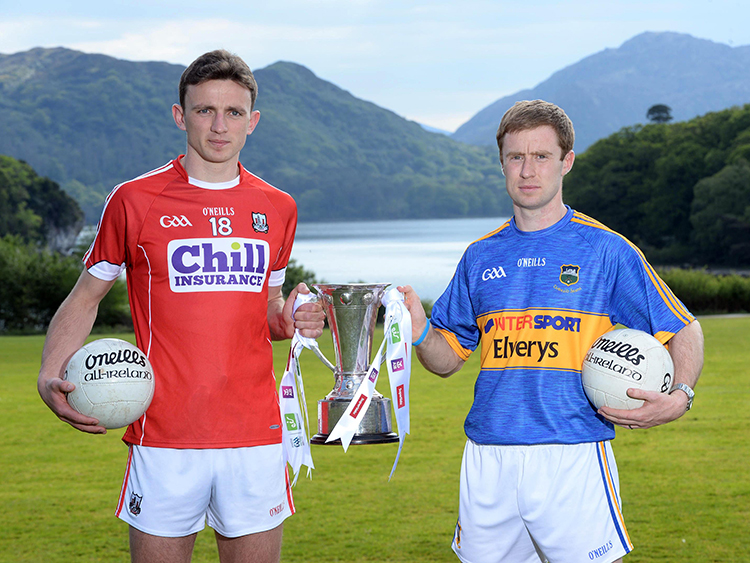 Brian Fox’s performance against Cork in the 2016 Munster semi-final had Tipperary people talking around the fireplace when the half-forward starred in a story so sweet your teeth just hurt thinking about it.

Fox created goals for Conor Sweeney and Michael Quinlivan before bagging one of his own in the 60th minute to help the Premier County into a 3-13 to 1-10 lead. The Rebels, of course, responded with a 1-6 blast to tie the game with a minute to play only for Kevin O’Halloran to land two placed balls in injury time which sealed a famous win.

“I was delighted with my performance against Cork last year. I thought that I made a huge contribution to that game, but a lot of lads made a huge contribution to that game. Every single one of us had to be on top of our game to beat Cork. If you are talking about a fifteen-on-fifteen battle you are talking about winning nine, ten or eleven of the individual battles in order to win the game,” Brian Fox explained before revealing that, in his opinion, you cannot read too much into Cork’s narrow 1-12 to 1-11 win over Waterford in a recent quarter-final at Fraher Field, Dungarvan.

“You can’t judge Cork by how they played against Waterford,” Brian Fox said.

“The way we set-up is going to be totally different to the way that Waterford set-up. Cork have got a match underneath their belt which helps hugely - the fact that you have played a championship game does help hugely in your preparation.

“We are coming in cold - you can play challenge matches and A versus B matches, but nothing beats the intensity of championship and getting up to that championship pace,” the Éire Óg Annacarty man added.

“They are at home now and they have a lot of pressure on them I suppose because they want to be opening Páirc Uí Chaoimh in the final against Kerry. So, that brings its own pressure and they will be looking for revenge from last year. They don’t need much motivation.”

Tipperary’s preparations for Saturday’s contest with Cork at Páirc Uí Rinn have been restricted a little. A number of influential players are injured and, of course, starting goalkeeper Evan Comerford is ruled out through suspension. Brian Fox, however, does not want to hear anyone associated with the Tipperary camp use such complications as an excuse. Brian Fox expects Tipperary to perform irrespective of the circumstances.

“Unfortunately, there are a nice few injuries there now,” Brian Fox explained.

“But I don’t like the idea of anyone having an excuse (not to perform). There are plenty of excuses there for us if we choose to use them. We have known for quite some time about the injuries and that fellas were doubtful so we have been ploughing on without them,” Brian Fox added.

“Sometimes you can use it as motivation when you feel that people are writing us off and if people don’t believe that we are going to do anything because now we have an excuse. I think we have proven those people wrong time and time and time again.” 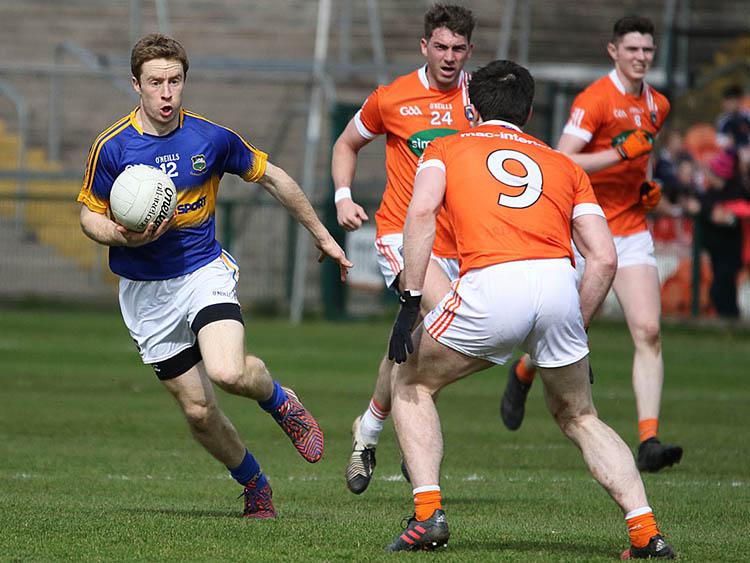 Brian Fox pictured in action against Armagh during the division three league campaign.

Indeed, Brian Fox expects the Tipperary players to come out fighting on Saturday. The Tipp lads have found themselves with their backs pressed up against the wall on many occasions before and there is only one way to respond: by clenching the fists and performing with the spirit that we have come to associate with this Premier County outfit.

“Yes, you are after saying a key word there: spirit,” Brian Fox agreed.

“In fairness most of the boys have their way of motivating themselves, but I like to be vocal and talking. I try to keep other lads’ minds focused because it helps me to focus as much as anything else. I think, because we have so much experience (in the panel) with boys like George (Hannigan), Robbie Kiely, Alan Campbell, Michael Quinlivan and Conor Sweeney, they (the players) know that there is a step up between league and championship. So, that helps the younger lads to realise that what we have done in the league is nowhere near good enough and you have to bring it to a whole new level for the championship,” Brian Fox added.

“Cork have the history over us and people will make Cork favourites - because they are playing at home, because of last year and because on paper Cork probably have a better than us, but that does not phase us. We know that if we perform we are capable of beating most teams on any given day.”