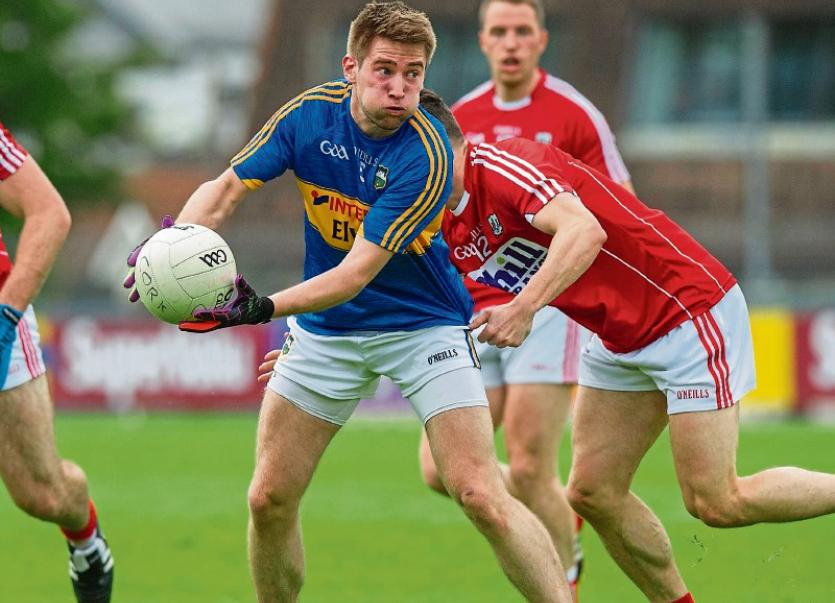 Tipp star Bill Maher helped his side to an important win over Drom/Inch on Friday night.

The picture for the knockout stages of the Tipperary County Senior Football Championship is a lot clearer now following eight games played over a glorious weekend across the county.

Definitely and directly into the last 8 are three group winners Killenaule (Group 1), Moyle Rovers (Group 2) and Clonmel Commercials (Group 4). Group 3 is as yet unfinished but we now know that both Eire Og Annacarty and Loughmore/ Castleiney are through to the last 12, who tops the group will depend on the result of their delayed clash, the only remaining fixture in the four groups.

In Group 1 on Friday night Kilsheelan/Kilcash secured the vital win which they needed over Drom/Inch (2-8 to 0-8) to give themselves a chance of qualification depending on the result of the Saturday night game between Killenaule and JK Bracken’s. And on Saturday evening victory went to Killenaule over the Templemore side by 1-13 to 0-13 to finalise the finishing positions in the table.

With three wins out of three Killenaule top the group for the coveted last 8 card while Kilsheelan/Kilcash have secure a last 12 slot having edged out JK Bracken’s and Drom/Inch on points differential, all three sides having finished on two points. Unluckily for Drom/Inch they finish bottom and now go into a relegation play-off with the other three bottom teams. 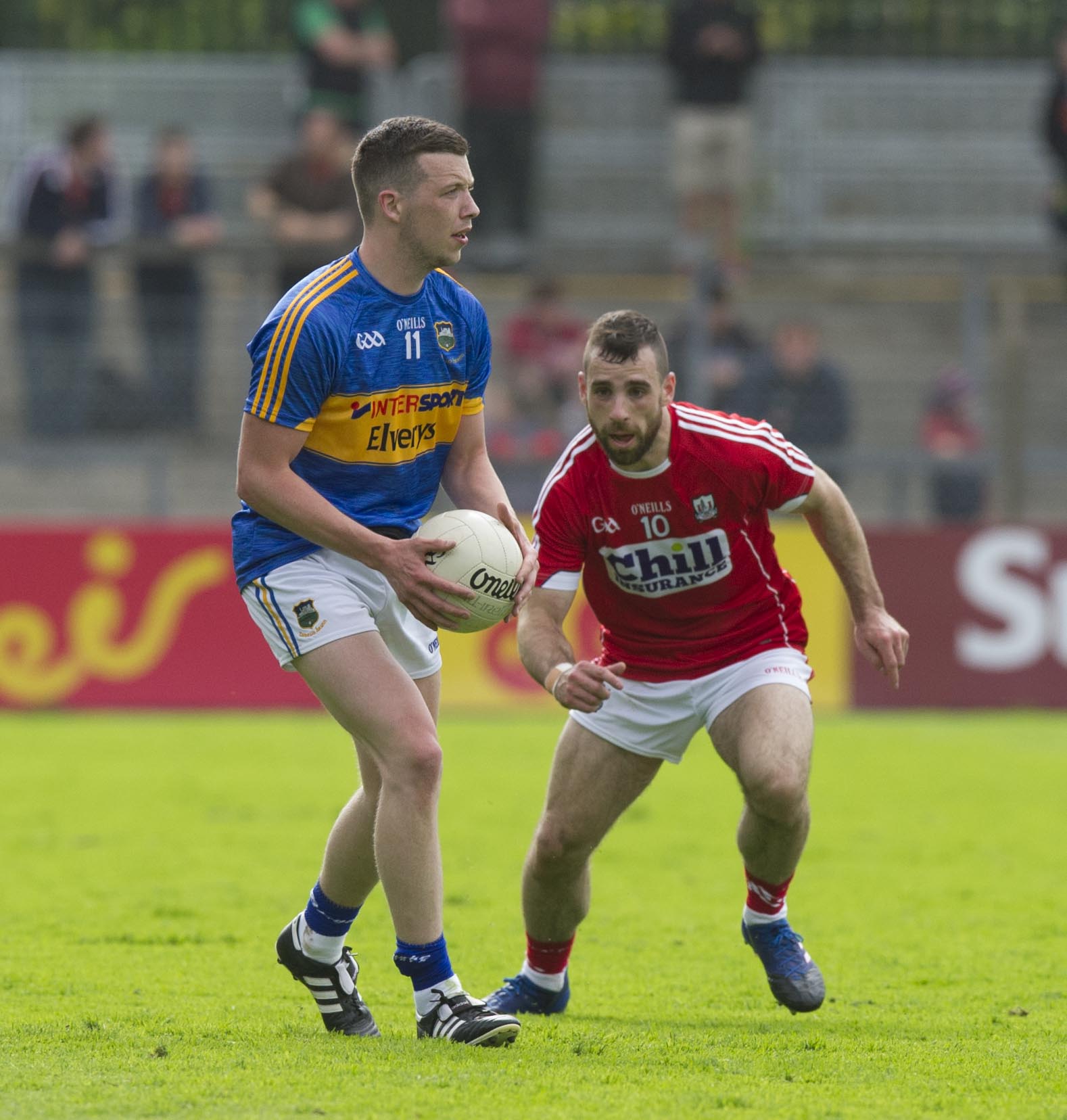 Liam Boland seen here on his debut against Cork last week was in action for his club Moyle Rovers against Fethard on Friday night.

Unbeaten Moyle Rovers secured the expected win over Fethard in Clonmel on Friday night winning, without ever impressing, by 0-13 to 0-8. The victory puts the Powertown/Lisronagh club directly into the quarter-finals.

The crunch game in this group came on Saturday night at Bansha when Aherlow Gaels, needing victory to advance, turned on the style to defeat fellow West Tipperary side Arravale Rovers by 4-11 to 1-10. That emphatic win leaps the Glen men from bottom of the table to second and secures their place in the last 12 knockout stages. The Aherlow Gaels win also condemns Fethard, last year’s county intermediate champions, into the four-way relegation play-off later. ‘The Blues’ will consider themselves very unlucky to finish at the bottom. They should have won their opening game in Clonmel against Arravale Rovers which they lost late have led for so long; and also could have beaten Aherlow Gaels the second day before drawing. Experience it could be argued cost the young Fethard team on both nights. 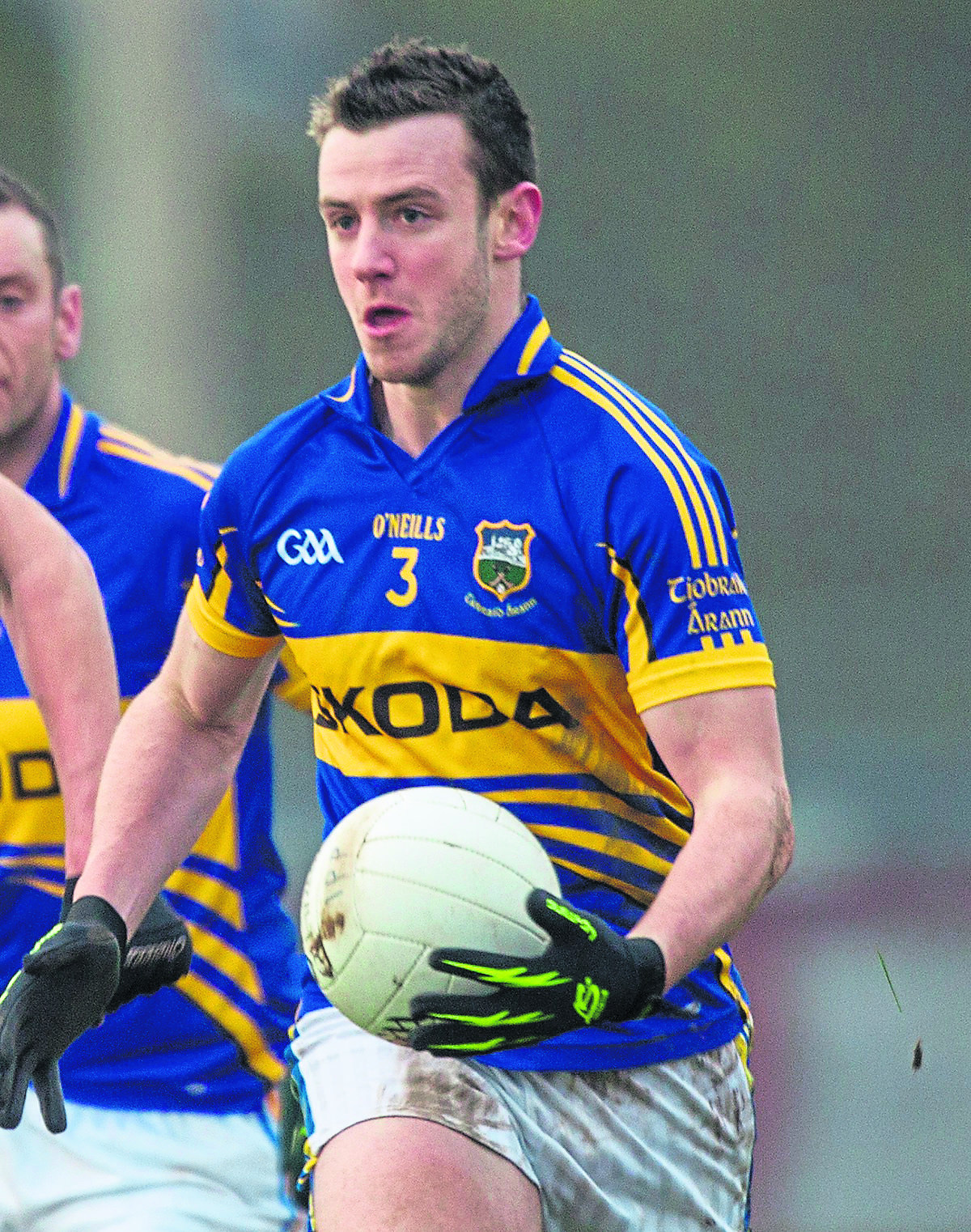 Paddy Codd lined out for Killenaule in their win over JK Bracken's on Saturday .

Group 3 in yet unfinished but Loughmore/Castleiney look in pole position following their 3-19 to 2-5 win over Ardfinnan in Golden on Friday night, having already beaten Galtee Rovers; they await Eire Og, Annacarty in their third and final game.

On Sunday evening at Sean Treacy Park in Tipperary, Eire Og Annacarty defeated Galtee Rovers by 0-14 to 0-8, which secures a place in the last 12 at least.

Ardfinnan, with three losses from three drop into the relegation fight to maintain senior status and could struggle this year to hold on to that status if form lines read true.

Clonmel Commercials, even without All-Star Michael Quinlivan, cruised past Upperchurch/Drombane on Saturday evening in Cashel winning by 3-16 to 1-6 to keep their 100% record intact. The Munster champions of 2015 have booked their last 8 place and look a good bet to recapture the O’Dwyer Cup later in the year.

The crunch game between Ballyporeen and Cahir on Saturday night in Ardfinnan saw Conor Sweeney put in a superb point-scoring exhibition to lead his side to a 1-14 to 0-14 win against a threadbare Cahir side who were devasted by injuries and absentees.

Bottom line at the end of the group is that Ballyporeen have secured second spot for a last 12 knockout place, while Cahir must now join the other three basement clubs for that relegation playoff.