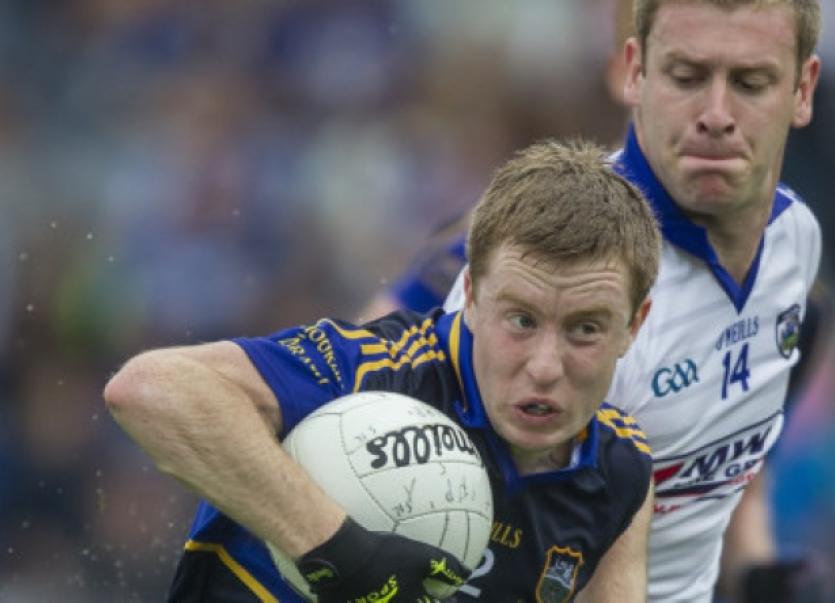 Two second half goals does the trick for a team which looked like a beaten docket at the break.

A magnificent second half comeback sent Tipperary into the next stage of the All-Ireland senior football qualifiers were a superb victory in Kingspan Breffini Park this afternoon.

This was a victory which hardly looked likely at half time, but two second half goals did the trick for the Premier men who played their hearts out and deserved the victory.

The sides were level at 0-3 apiece after thirteen minutes with Tipp starting smartly enough thanks to points from Conor Sweeney (2) and Jack Kennedy. But, a blistering period from Cavan saw them kick six of the next seven scores as they pout Tipperary to the sword and showed fare superior attacking acumen. Indeed, the Cavan scores came from all over the field and Tipperary were trying desperately to plug holes.

By the interval Cavan enjoyed a double score advantage, 0-12 to 0-6 with Conor Sweeney again getting Tipps points while the hosts continued to create scores - two of their first half efforts were fisted over, giving plenty of evidence of how close to goal the attackers were getting with the ball.

Tipp needed to up the ante big time for the second half. And, they needed to get scores on the board. They had come close to a goal when a Brian Fox effort came off the crossbar in the 25th minute - a goal would have been most welcome at that juncture. but the Cavan goal remained intact.

Tipp had three points on the board within eight minutes of resumption and suddenly it was game on. And, having won most of the kickouts in the second half, pints from Kevin O'Halloran, Jack Kennedy and Philip Austin had Tipp back on level terms - it was an amazing about turn.

Then, a Conor Sweeney penalty goal in the 22nd minute followed by a Robbie Kiely goal in the 27th swung the pendulum firmly in Tipperary's direction.

Cavan fought back hard and had the deficit down to two points when sub Diarmuid Foley got an insurance score for the Tipp and they held on for a famous victory.

See this weeks Tipperary Star for full report and analysis.