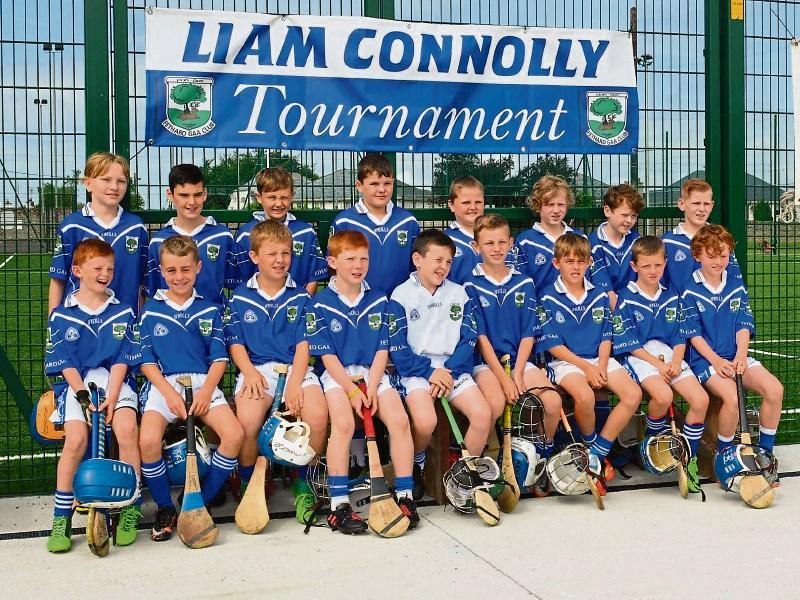 Fethard U10 Team - runners up in the Liam connolly Cup

Fethard GAA Club hosted the Liam Connolly Cup Tournament (U10 Hurling) for its third successive year, last Saturday. A tournament that is fast becoming a very prestigious event built on the club’s love and respect for a man that is, “Gone but not forgotten!”

The level of support and goodwill presented by all was testimony to the characteristics Liam Connolly displayed both in sport and in life – pride, competitiveness and compassion for fellow sports enthusiasts.

Holycross-Ballycahill and Fethard contested the Cup final, with Holycross-Ballycahill, after a dominant first half, finishing out deserving winners at full time. The second half saw Fethard’s best as they dug deep and put up a great and very competitive display.

Well done to our other teams on the day, Kilsheelan-Kilcash and Graigue-Ballycallen (Kilkenny) who played some great hurling and be in no doubt that their day will also come.

The club would like to thank Sean Connolly (Clonmel Oil) who sponsor the annual tournament and, more importantly, is also a brother of the late Liam Connolly. The club also thank our guest teams, their families and mentors for the great games we all enjoyed, and our own backroom team for the organisation on the day and the refreshments they supplied to all present. A special word of thanks to our life-long member, Jimmy O’Shea, for the beautiful and meaning tribute he made to the man he grew-up with, played with and held in such high regard.

The Fethard U10 team (pictured above) were runners-up in the Liam Connolly Cup final when they were beaten by Holycross-Ballycahill in a hard fought game.
The U10's represented Fethard in the prestigious Liam Connolly tournament hosted by the club over the weekend.
It was a special weekend for Fethard GAA celebrating the wonderful contribution the late Liam Connolly made to the club.