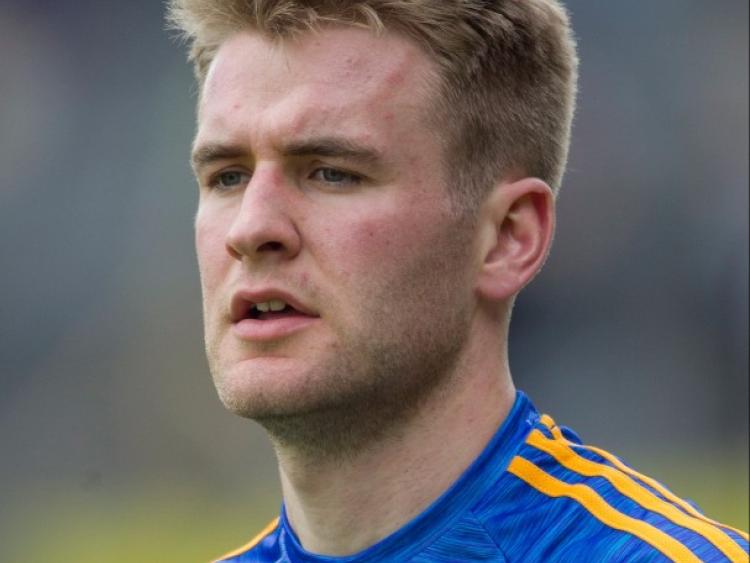 John McGrath had a great game for Loughmore/Castleiney when they beat Kilsheelan/Kilcash in the County Senior Football Championship quarter-final in Golden.

Holders Loughmore/Castleiney advanced to the semi-finals of the Tipperary Water County Senior Football Championship when they proved too strong for Kilsheelan/Kilcash in Saturday's quarter-final in Golden.

Loughmore were the better team, although the scoreline doesn't tell the whole story of the game.

Kilsheelan/Kilcash pushed them all the way in what was, for the most part, a closely-fought affair. They were only three points in arrears with ten minutes remaining when Loughmore turned the screw with four unanswered points from Joseph Nyland, Liam Treacy, John McGrath and Tommy Maher to put the seal on the victory.

Loughmore led at the interval by 0-8 to 0-4, although Kilsheelan didn't help their cause by shooting eight first half wides during a period of the game when they had the strong wind at their backs.

They also went close to grabbing a goal on two occasions, first when a tremendous shot from Brendan Martin crashed against the crossbar in the 24th minute, with Loughmore goalie Dominic Brennan beaten all ends up.

The same player then saw his low shot saved by Dominic Brennan on the stroke of half time.

Initially, Kilsheelan did better playing against the wind in the second period than they had when playing with the elements in the first. A converted free from goalie Evan Comerford opened the second half scoring and gave them their first score in a quarter of an hour; and when Mark Kehoe scored when he played a one-two with Conor Davin Murphy they were only two points in arrears 13 minutes into the second half (0-8 to 0-6).

However Loughmore, led by the outstanding John McGrath, always did enough to keep their noses in front and they underlined their superiority in the last ten minutes, even as they shot seven second half wides.

Noel McGrath, Evan Sweeney, Liam Treacy and Liam McGrath were also in top form for the champions, who look like the side to beat and won't surrender their crown too easily.

Kilsheelan/Kilcash couldn't be faulted for effort but their scoring ability and ball retention weren't as good as Loughmore's.