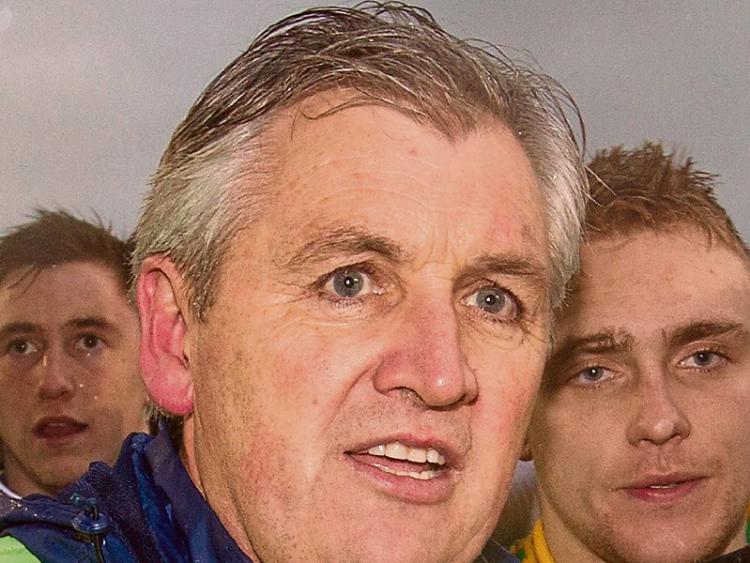 Clonmel Commercials manager Charlie McGeever says his team were worthy winners of the County Senior Football Championship, although the scoreline flattered them in the final against Killenaule.

Clonmel Commercials manager Charlie McGeever says that his team cannot afford to give Dr. Crokes a four-points lead when they play the All-Ireland champions in the Munster Club Championship quarter-final in Clonmel on Sunday week, October 29th.

Commercials started Sunday's County Senior Football Championship Final in Thurles very slowly, and were 0-4 to no score behind after 12 minutes, but recovered to grind out a 2-9 to 0-8 victory to claim the club's 17th title.

He agreed that his team were worthy winners, although he felt the scoreline flattered them.

"I've said in the Killenaule dressing room that I would have been disappointed if I was in that dressing room with how it finished.

"A couple of simple mistakes, really, at the end of the day, errors turned the game.When we went to 8 points all the game was in the melting pot, halfway through the second half.

"In fairness to Killenaule they looked the more experienced, seasoned team in the first half.

"On the plus side our defence stood up well, we conceded eight points overall in the game, didn't look like conceding goals.

"In saying that our finishing was poor, we left a lot of chances behind us but look, we're a young enough team. I know everyone thinks we're an experienced side, probably are, but we're still very young. And I do think that today will bring us on as much as the last day, and we look forward now to a match in the Munster Club Championship".

"Killenaule's record for the year has shown that they were beaten only once, by a point, up to now. I'm not a betting man but I think the odds seemed to be crazy about what would happen here today (his side were 10/3-on favourites, Killenaule were 10/3).

"To be quite honest I'm happy and probably proud of the last 15 minutes when the game was in the melting pot, that we again showed how to finish out”.

He said that Michael Ryan, the St. Mary's hurling manager, said he didn't know what he was doing with the players but he had two hurlers (Richie Gunne and Jamie Peters) scoring soccer goals!

"I don't know when either of them scored a goal before..

"To get St. Mary's and Commercials, two separate teams, not the one club and not the one management, over the line in two county championships in this county is fair going,

"With DJ O'Dwyer, strength and conditioning and physical trainer, those lads have stood the test of time and will for the rest of the time, I'm sure, so there's great work done.

"The co-operation between both clubs has been magnificent and both deserve great credit for getting there".

The Commercials boss also hoped Killenaule were here to stay as a football force.