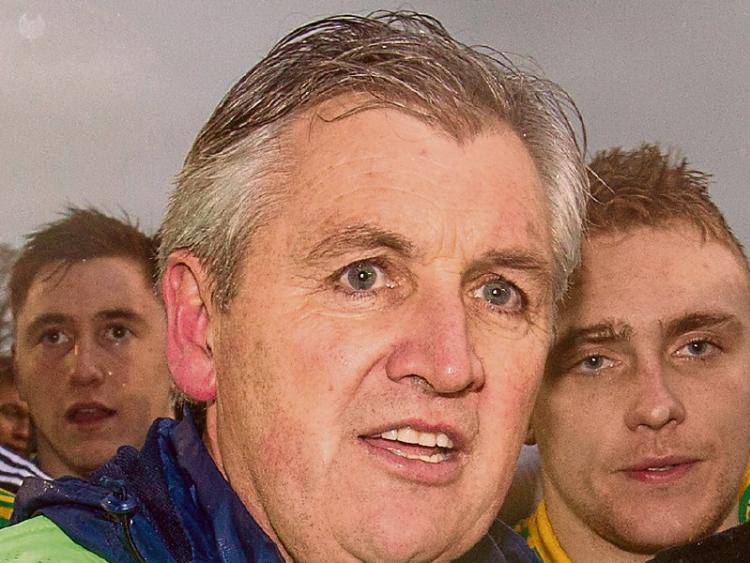 Clonmel Sportsfield will host one of the biggest GAA games in the country this weekend when Clonmel Commercials take on Dr. Crokes in Sunday’s Munster Club Senior Football Championship quarter-final at 2pm.

His team will enter the gamel as the rank outsiders (9/2) against raging hot favourites Dr. Crokes of Killarney, who are a 1/6 chance to retain their title.

But Clonmel Commercials manager Charlie McGeever is banking on the experience of what is a relatively young side to help them cause an upset against the All-Ireland champions.

He also believes that home advantage will be an important factor in a tie that brings the Munster champions of the past two seasons together.

"They've been there before", the Commercials boss says about his team.

Two years ago they shocked Nemo Rangers in the Munster Final to become the first Tipperary club to win the senior provincial championship.

That great victory was followed by a trip to Ruislip in London, when they beat Tir Chonaill Gaels in the All-Ireland quarter-final, before losing out to eventual All-Ireland champions Ballyboden St. Enda's in the All-Ireland semi-final, a galling defeat that saw them beaten by five points in extra time after they had another famous victory well within their grasp in normal time.

Because of that experience he believes they should have no "nerves or fear", and that they will perform to the best of their ability on Sunday.

"They haven't peaked yet", he says."They still have plenty of room for improvement".

Charlie McGeever believes that the players share this view, judging from their "muted" celebrations following the county final.

"They weren't exactly cock-a-hoop because they knew they had been put to the pin of their collar by Killenaule.

“They know there hasn't been a top-class performance from them yet this season.

"Any of the performances that they've produced so far this season wouldn't be good enough to beat Dr. Crokes".

The manager is hoping that his side will make the most of Sunday's opportunity, as he says it's seldom that you have the chance to play the All-Ireland champions on your home ground.

He's delighted that Commercials will host the game, describing it as a deserved reward for the committee and all those who work within the club.

He says that the players and the management were at "the glamour end of it" but it was a huge day for all those club members working behind the scenes.

He's also hoping that they will put that home advantage to the best possible use.

"We would have lost the Munster championship quarter-final against Newcastle West two years ago if we hadn't been at home and hopefully the crowd will play their part again on Sunday".

Nonetheless it will be a daunting challenge against a Dr. Crokes team that has won 15 successive matches in the championship.

"They're the All-Ireland champions and that means we'll have less of the ball than in any other game.

"Dr. Crokes will also create a lot more than any other team and will ask different questions of us than any team in Tipperary.

"They spend a lot of time together any don't have any distractions with hurling.

"Also, they don't have too many players involved in the Kerry set-up and are able to keep their team together. They have three competitive teams and that keeps the supply of players going".

Charlie McGeever was in Tralee on Sunday to see Dr. Crokes win their sixth Kerry county title since 2010, and their 12th in total, when they beat South Kerry by 0-17 to 1-12.

"They showed their flair from early on. They missed a couple of goal chances that would have put them in the clear and they gave away a soft goal.

"But they managed to recover from that and in the second half showed their resilience to survive when Johnny Buckley was dismissed on a black card".

He says that forwards Michael Burns and Kieran O'Leary were very impressive; defensively they were very strong and Shane Murphy was a very good goalkeeper. And Crokes had the luxury of keeping star player Colm 'The Gooch' Cooper on the bench until the 43rd minute.

Commercials won a game that he described as a useful exercise in having a look at a number of players who were on the fringes.

"We would love to have had a look at more players during the county championship but unfortunately the three knockout games came thick and fast and we didn't have that opportunity".

He said that last weekend's challenge would also help the selectors decide what team would finish Sunday's game.

While in Mallow he also had a chance to attend the first half of the Munster Club Intermediate Hurling Championship quarter-final, in which St. Mary's were beaten by Kanturk. Several of the Commercials players were on duty for St. Mary's including Seamus Kennedy, Liam Ryan, Ross Peters, Jason Lonergan, Jamie Peters and Richie Gunne.

He said that those hurlers had been outstanding for Commercials since the start of the year - "they've been the leaders in many ways" - and he hoped they could put aside the disappointment of last weekend's defeat in time for Sunday.

In terms of training, he said the hurlers will do very little this week, adding that physical fitness wasn't an issue for any of the players at this time of the year - "it's all about preparation, and especially tactical preparation".

"They've a wealth of experience and in terms of backroom teams they're as good as it gets. I hope they get their reward on Sunday".