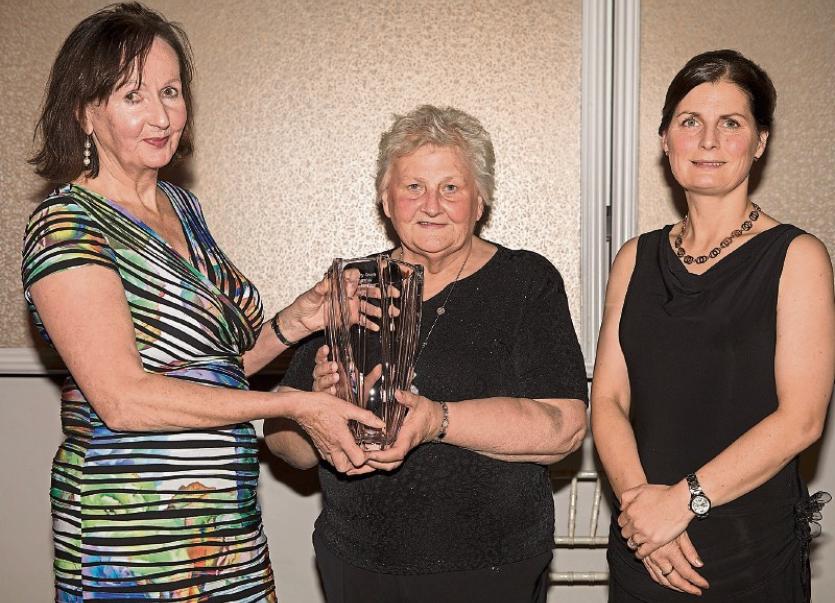 Outstsanding volunteers who contribure so much to sport in Tipperary were honoured at the Canon Hayes National Sports Awards in Tipperary.

These unsung heroes play a huge part in the day to day affairs of their clubs, generally  away from the glare of publicty.

They carry out the work that ensures their club's survival - it could be coaching, washing jerseys, lining pitches or driving to matches.

The seven volunteers were lauded at the Tipperary town ceremony in a scheme jointly run by the Centre and the Tipperary Sports Partnership.

Clonmel Town's Paddy Turner won the overall award but it was acknowleded on the night that all were winners. 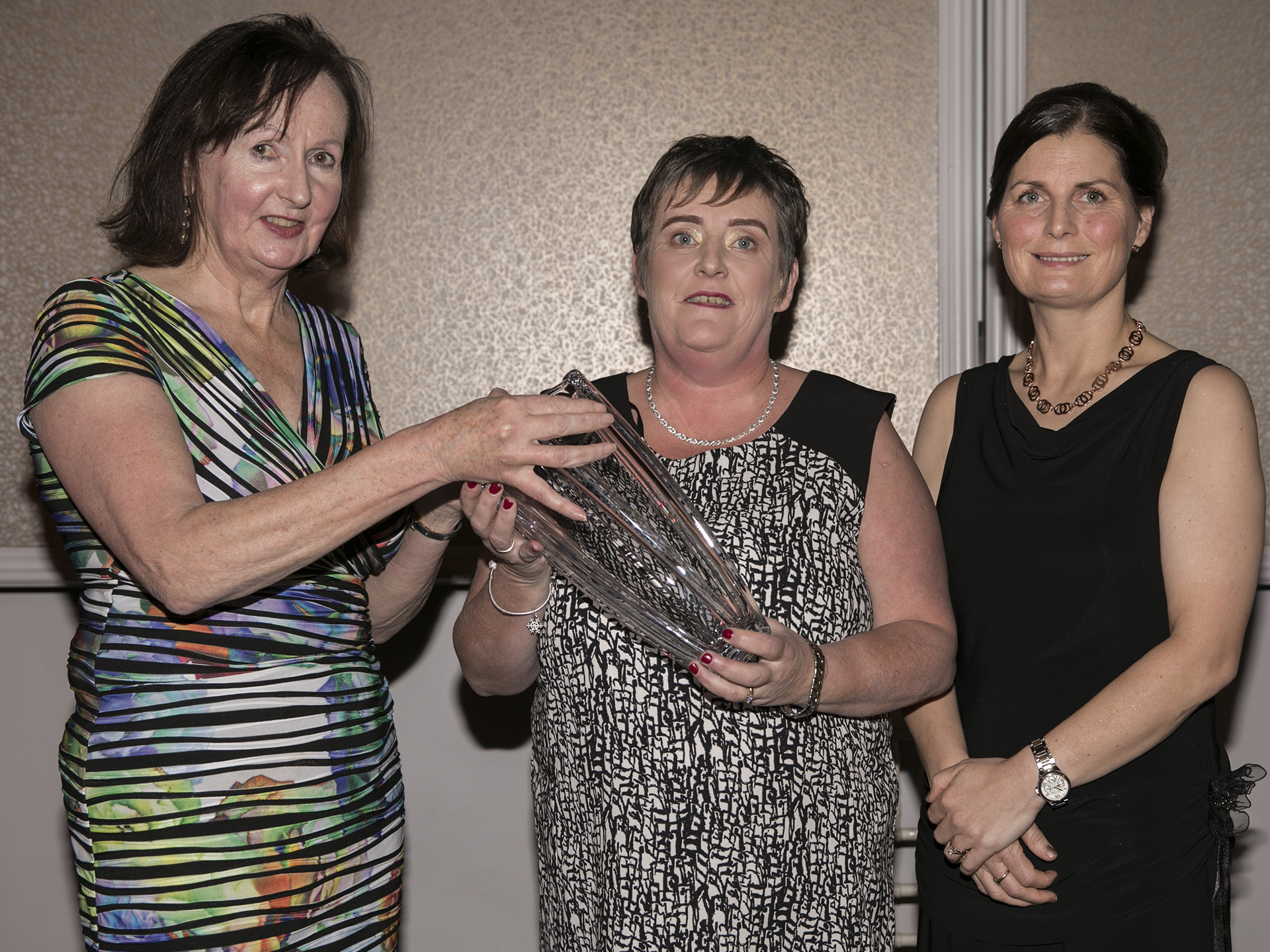 Nuala has served with Tipperary Hockey Club for over 12 years which she founded.  She has coached teams from u8 to Senior Level and is currently head coach with the u.14s.  Nuala is also the Child Welfare Officer, Umpire, Fixture Secretary and spends a lot of her time liaising with other clubs, Munster Hockey & Irish Hockey to ensure efficient running & structuring of competitions.  In addition to her club duties, she also volunteers with the Munster Hockey Development & Management Committee.  Nuala continues to be the driving force behind Tipperary Hockey Club where she demonstrates commitment and unwavering dedication building the club to now having over 70 players while also overseeing other club members to build on their training and education to help develop the Club and keep it going from strength to strength.  Nuala is a role model within the club and community and She Epitomises Volunteerism. 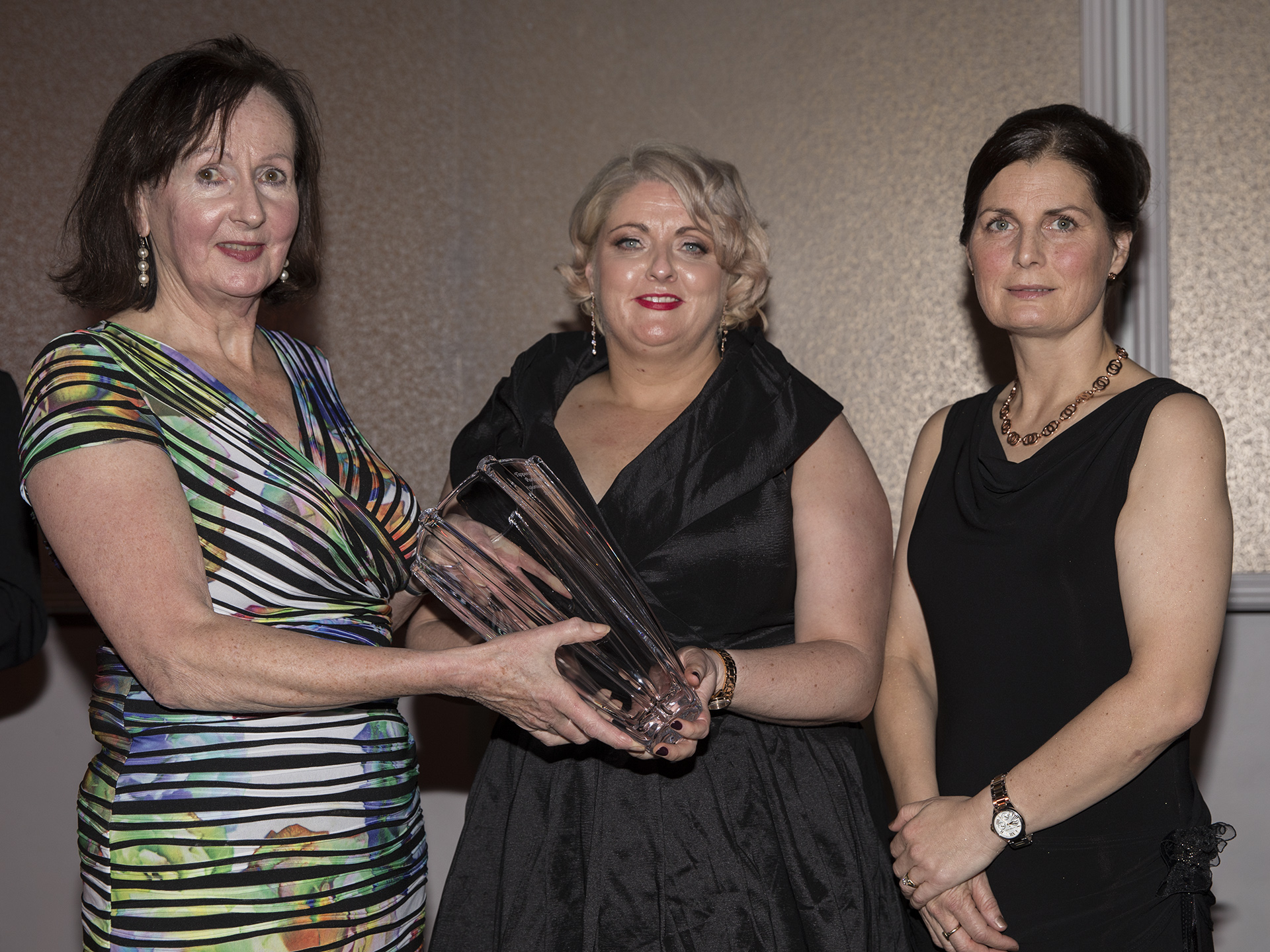 Ciara has served with Silvermines Ladies Gaelic Football Club for over 5 years where she is the Secretary and she has given particular devotion to the young 5 year olds in the Club taking on many of the tasks.  Ciara was involved in setting up the club from scratch where she created and updated the Club Policies and Codes ensuring best practice in the club through recruitment, garda vetting, arranging meetings, begging for sponsorship & fundraising while also recruiting players from u.8 to minors & juniors.  She is also the liaison person to the County Board, Club Committee, Coaches, Mentors, Parents, Sponsors, Lotto and the Silvermines Hurling & Camogie Club.  The unseen side of her volunteering consists of washing jerseys, clean & filling water bottles, providing refreshments for parents, coaches & visitors and always the first to thank others.  Ciara has enormous enthusiasm, puts in a huge voluntary effort, time and commitment which has seeing the club grow to 120 members in just over 5 years. 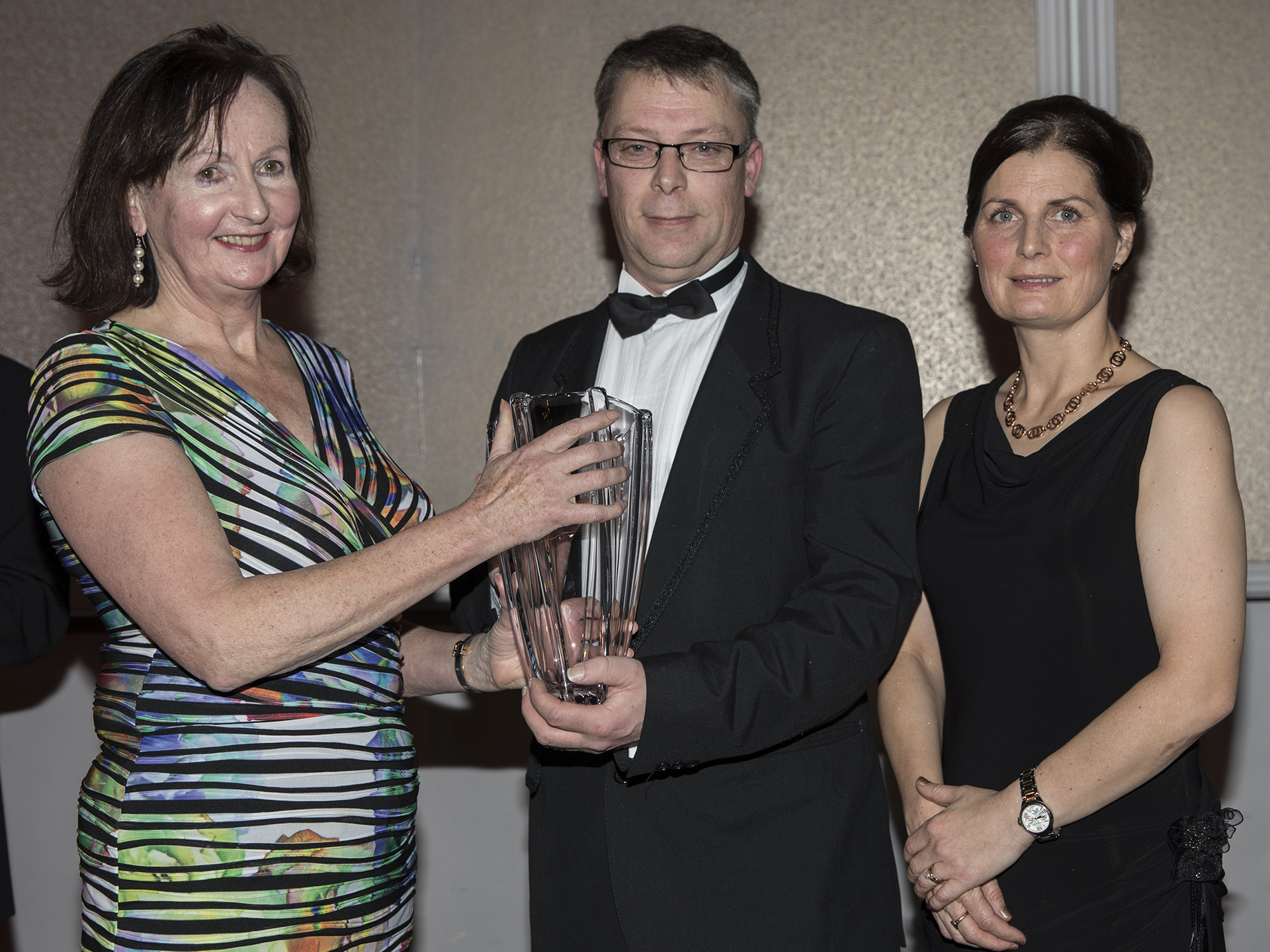 Michael has served with Tigersharks for over 10 years as a volunteer coach and trainers 3 times a week along with attending gala's as a volunteer official.  Michael has undertaking swimming and teaching qualifications along with C.P.D courses.  He is also Munster representative on the NGO Competitions Committee.  Michael is frequently acting as official/club coach at Gala's, without his volunteerism the club would not be viable as the cost of paying a coach along with pool hire, the club would not be accessible for many due to costs.  His enthusiasm for the sport and the swimmers of the club has led to additional training hours for the swimmers this season, this has resulted in improved time for many of the swimmers. 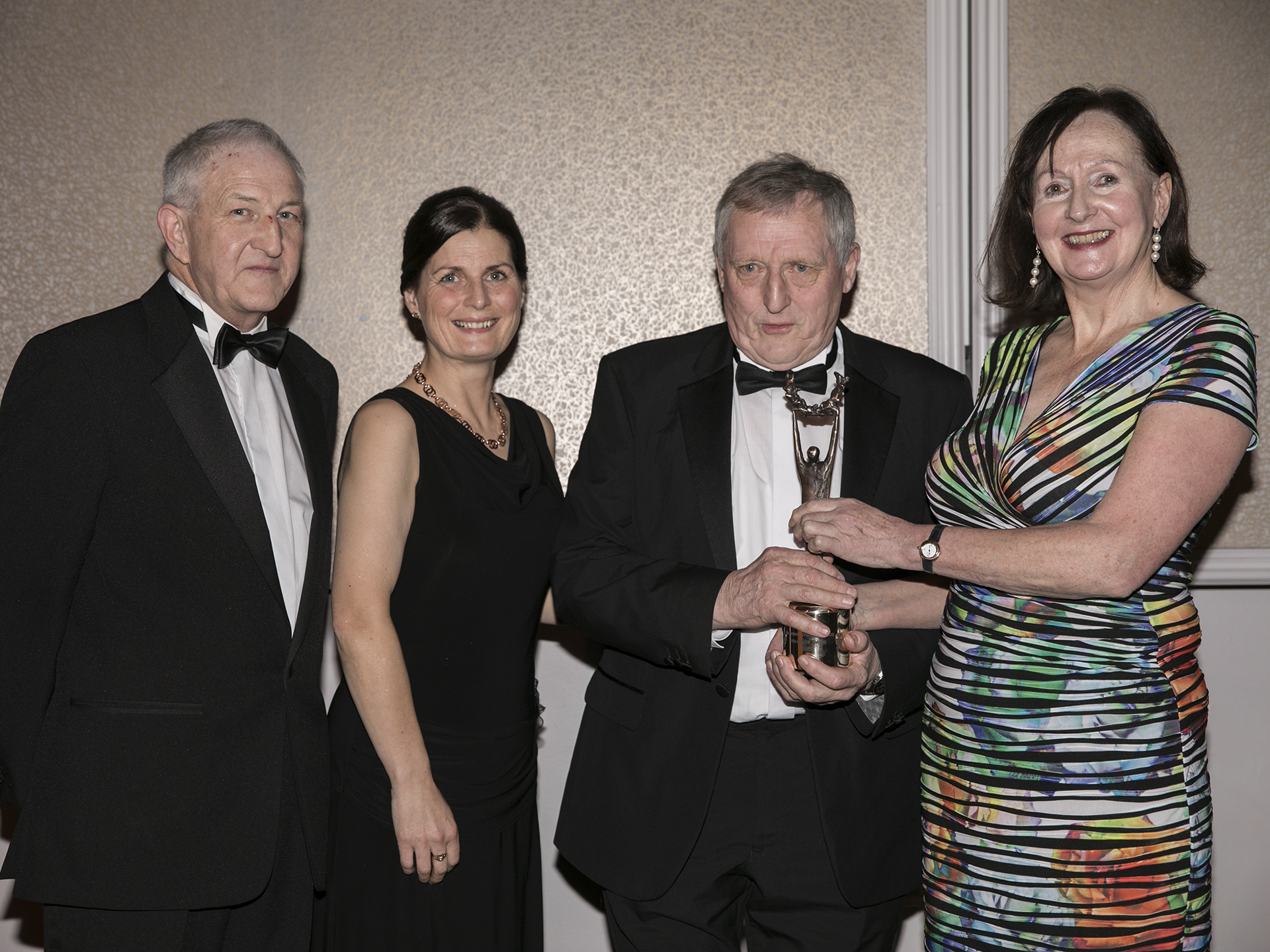 Paddy has dedicated over 40 years services to Clonmel Town FC.  During his 40 odd years he has been one of their loyalist servants as he served on the Club Committee for the past 30 years and is truly one of the unsung heroes of the Club.  On match day, Paddy can be seen as linesman or behind the goal performing ball boy duties and he rarely misses a game.  Paddy is a bus driver & for away games Paddy waives his fee from his employer so there is no additional cost to the Club.  Paddy covers the office in the Sports Complex and he also stays late to lock up the facility.  He is also a top fundraiser for example he sold 4,730 tickets alone for the Joker Poker Initiative.  He epitomises the description of a volunteer in any club and Clonmel Town FC would not be the club they are if it wasn't for Paddy given over 40 years and he has made a real difference to countless people who have grown up, played and passed through the club.  Not only has he made an outstanding contribution to Clonmel Town but also to soccer in Tipperary. 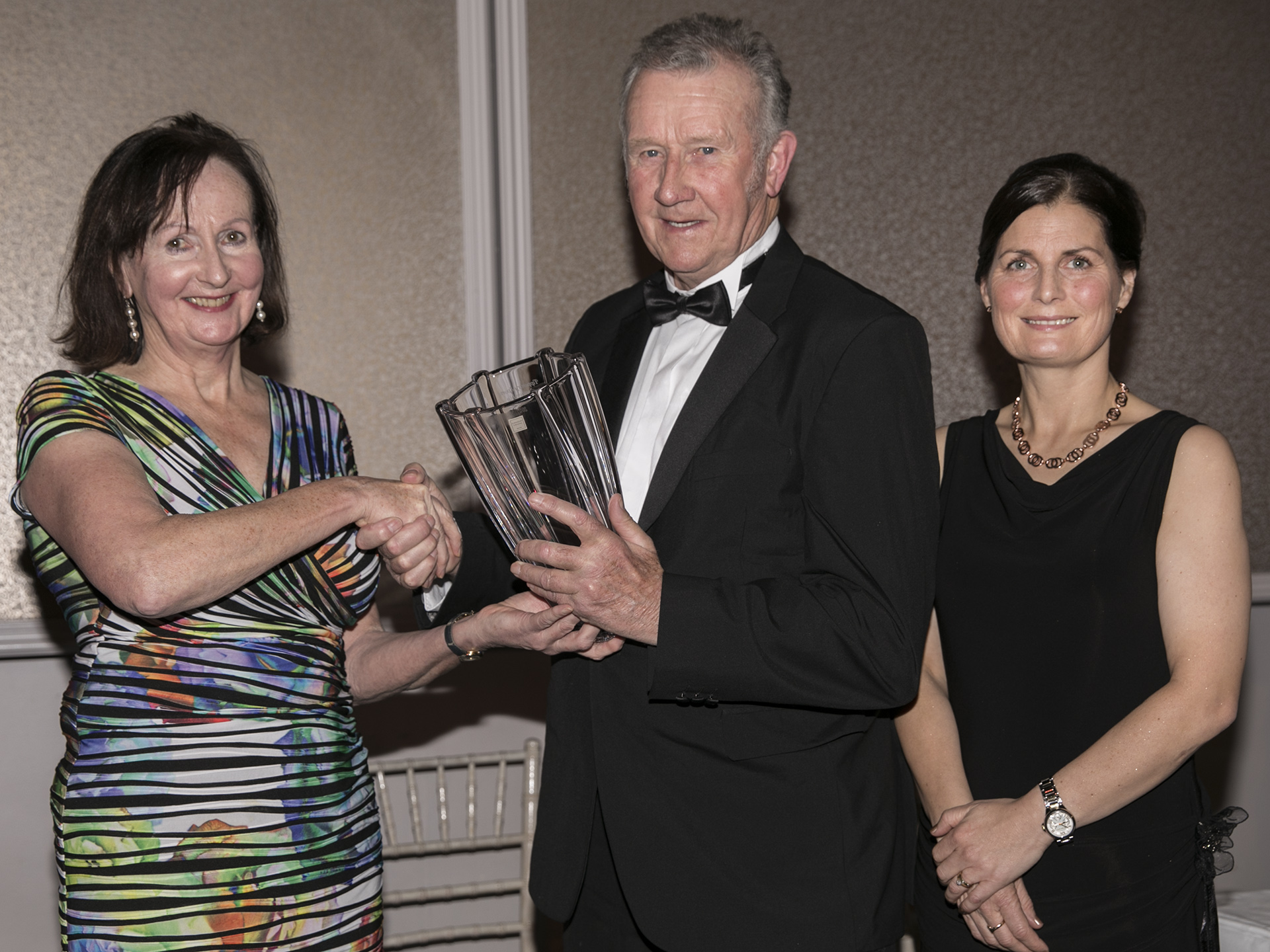 TJ has committed over 11 years to Clonmel Golf Club, he joined the club in 1990 having retired from his referring duties with South Tipperary GAA, where he was a very active volunteer GAA official and was principal organiser of the Town Street Leagues.  After joining the golf club it did not take very long before TJ came to the attention of the Club Captain & President that came looking for volunteers.  In 2006 he became involved in the coaching and training of the junior golfers and he played a very important role in developing their skills.  His interest in horticultural saw him join forces with course chairman in 2010 and since then he has attended to the pruning of trees, planting, maintenance of paths & bunkers.  The overriding feature is he sets about his chores quietly and efficiently and does not talk about it or seek attention or praise.  In 2012 he was selected as Clubman of the year.  He is without doubt one of the greatest examples of volunteerism who gives more than most and expects nothing in return and has given over 20 hours volunteering per week.  He does not serve on the committee or aspire to high office, he is a helper but above all a friend to everyone. 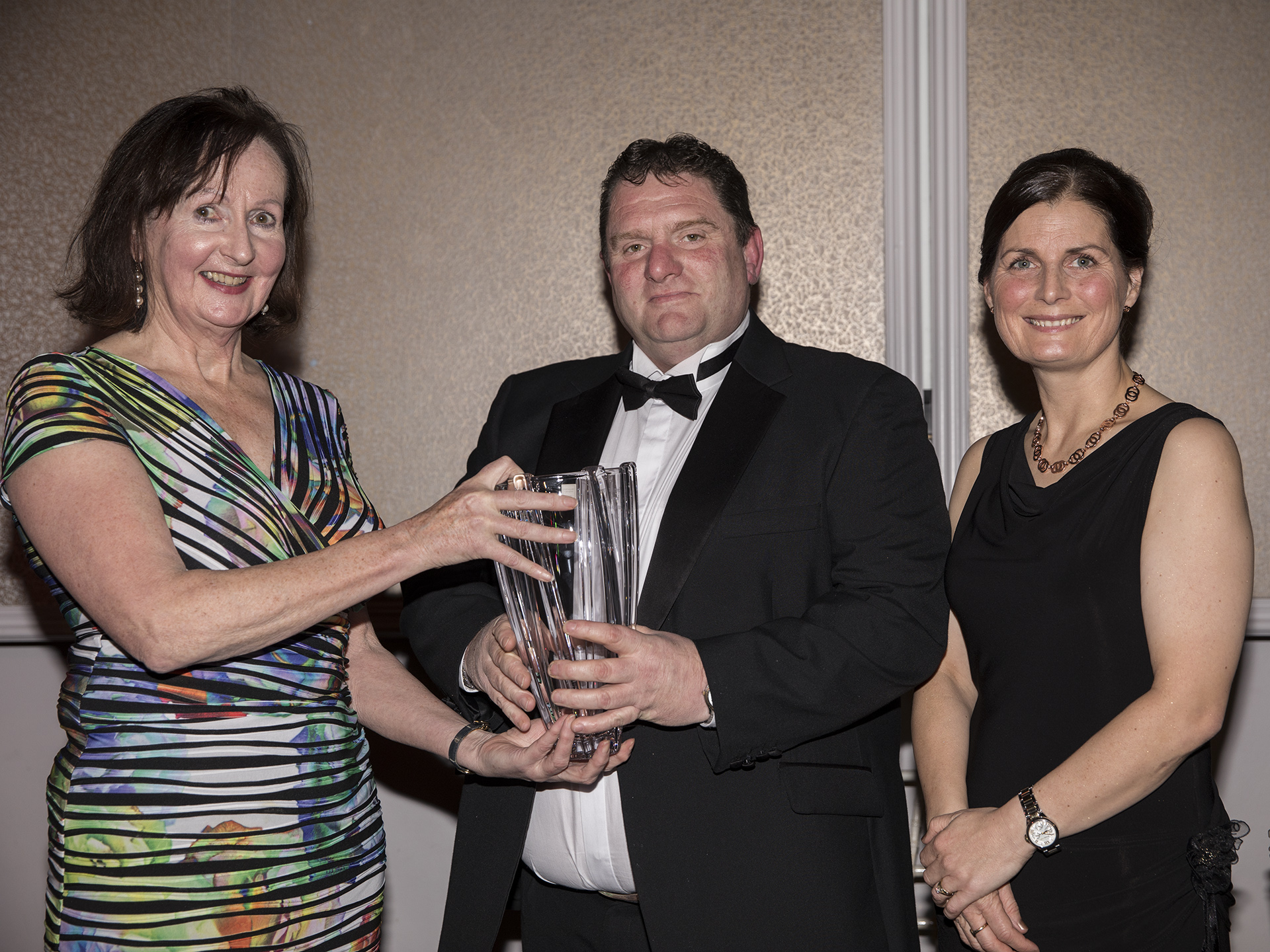 John has served 25 years on the committee of Emly GAA Club, 15 of which at Officer level.  He also represented the club as a player prior to this.  This is John 5th year as Club Chairman and his third term at the top table, having previously served as Club Treasurer for 7/8 years and his first sting as Club Chairman from 1999 to 2002.  John also chairs the Clubs Development Committee and acts as Manager/Selector for the Club's Hurling Team.  Over the years John has shown versatility taking on many roles within the Club.  His positive forward thinking has had a major impact on the Club and Community, which was very evident in recent years as he spearheaded the Development Committee that established a community walkway, Club Hurling Wall/Training Area and improved the kitchen & meeting room. 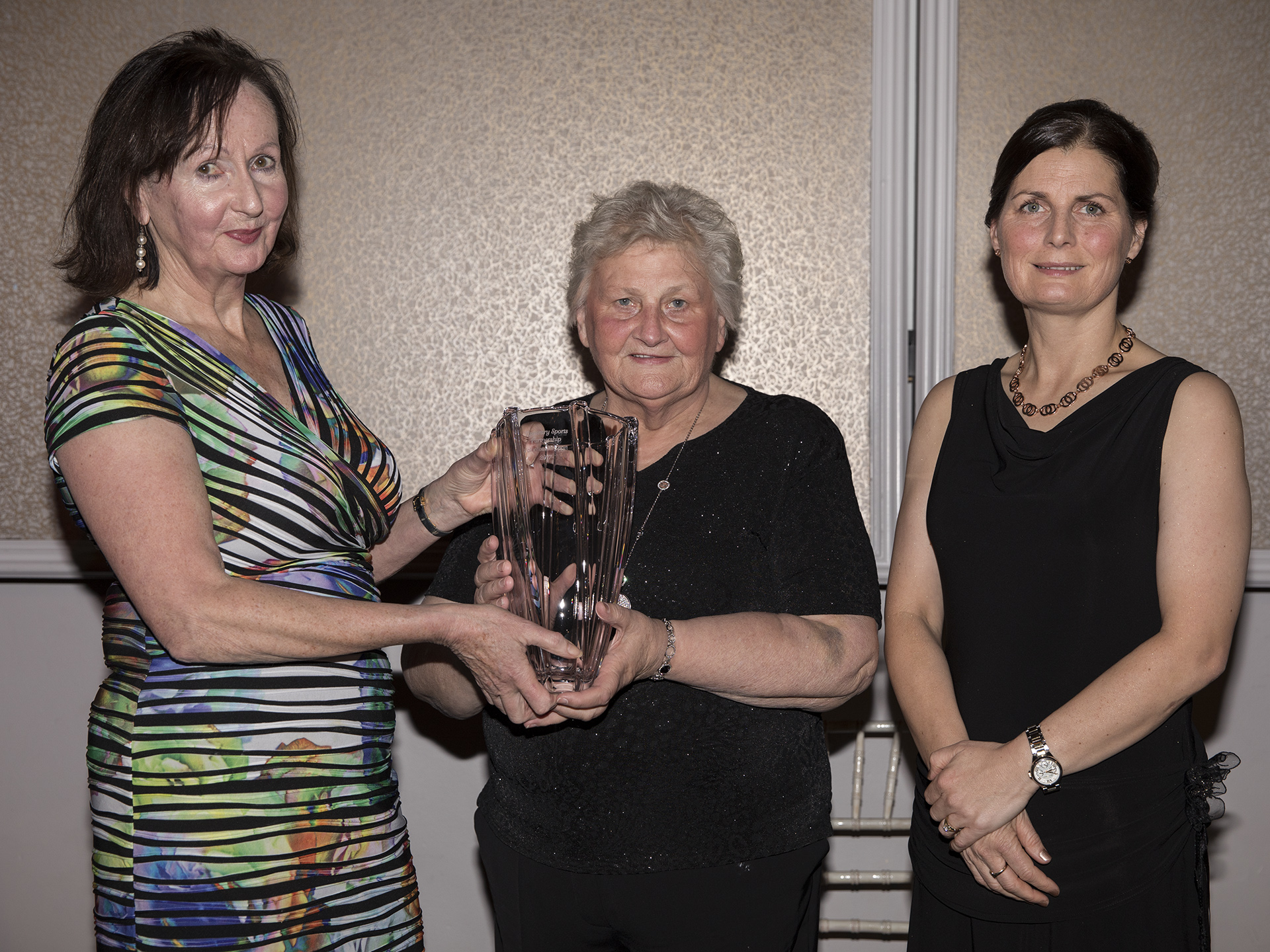 Kathleen has over 40 years service of voluntary service through Community Games where she has been County PRO, County Competition Secretary, County Secretary and County Athletics Manager to name but a few of her positions.  AS PRO her term was before the advent of computers, she communicated and liaised with the local papers to get information on events out the public.  As County Secretary Kitty circulates information to the 40 areas in Community Games, takes minutes of meetings, deals with queries from parents and areas, organises meetings, keeps records, assists new areas to set up and acts as a mentor to new area secretaries.  She also manages Athletics Teams at the National Finals ensuring all athletes from u8 to u.16 are taking care of.  Kitty's length of service to the children of County Tipperary has been phenomenon for example the County Athletics event alone sees over 700 children take part annually.  Her impact has been on thousands of children who have experienced fun, success and joy from her volunteering.