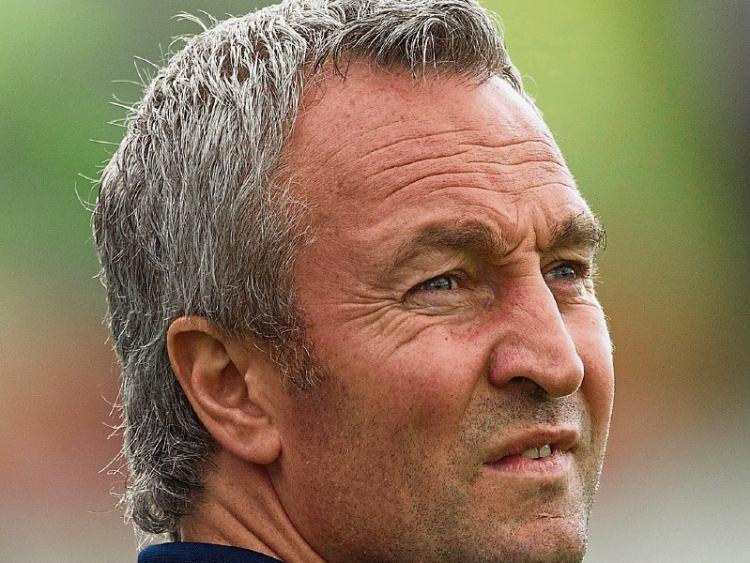 Relieved Tipperary manager Michael Ryan thought his team became "a bit complacent" at times during the second half of Saturday evening's Allianz National Hurling League game at Semple Stadium, before responding with a late rally to secure a six-points victory against Wexford.

"Maybe some of it is down to us (the selectors) too. We made some moves, trying to expand the panel, and if it backfired on us tonight we wouldn't be thanked for two points that looked in pretty good shape at one point in time, and looked in terrible shape up to the last minute, until 'Bonner' worked a little bit of magic at the front end.

"And to be be fair to Darragh Mooney I thought he pulled off a great save at the other end. That's a six-point swing and we won by six. You have to credit Wexford in all of this".

He admitted that he initially thought that the second save that Mooney made from Conor McDonald was a goal.

"They were great saves. But look it, that's their job, and it won't be lost on Darragh that he had to wait to game day three to get a game, and that's how it will continue.

“But he certainly made a claim for the jersey tonight. I hope he's not making his run too early and he gets his timing right, but that's the nature of that squad down there in that dressing room. They're there to compete".

Michael Ryan said he wouldn't be surprised if Wexford were more advanced in their preparations than his own team.

"They're a team in great shape, to be fair to them.

"For a team that had won its first two games up to tonight, these guys have their tails up, and their success in the Leinster league as well, all of that builds".

He continued, "I thought that was a cracking game. It probably didn't come to life in the first half, although we  got off to a poor start. We clawed our way into having a pretty decent 20-minute period in that first half and looked reasonably comfortable at half time, but that script went out the window as soon as we came back out.

"Wexford started to impose themselves on the game and it finished out a great half of hurling for both sides.

"It's great to hear the crowd get something out of a game in February. It's rare, but I think we heard lots of them there tonight.

"I'm just glad that we got away with the two points. It would have been very disappointing for us, (having been) in good shape at various points in that match, if we didn't come away with them.

"But look, that's hurling, it swings quickly. I thought the momentum was with Wexford, they really came and they cut us open and I imagine when they sit down to look at it some of their wides would have been poor as well. We had a few of course, but not to the same extent that Wexford were hitting them".

When it was put to him that the four points they've already accumulated, following wins over Waterford and Wexford, could be enough to secure a quarter-final berth, he said "we'll see. There's still plenty to go for. We're on the four, it was important to get there.

"After game day one, when we were coming home from Ennis (having lost to Clare) you wouldn't like the look of the table. On game day two we got a start (against Waterford), but we could have been stuck on two, or shared the spoils with Wexford and had three.

"Every point is valuable when you want to get that last quarter-final place, to try and get yourself into the knockout stages. That's still the aim, there's still 4 points yet to be played for.

"This is a great league. It always has been a great league, albeit we're two or three weeks earlier this year. Division 1A, this is dog eat dog".

On the injuries front, he said "we lost Mickey Cahill  before the throw-in (when he was replaced by Donagh Maher). Nothing too serious, he could be out for a week or two. A little bit of an infection, and he's being treated for it, Mickey had been flying for us in training, we're delighted to get him back on the pitch so quickly.

He said that Seamus Callanan (who had surgery on his back) and Dan McCormack (who had a knee operation) were longer-term injuries.

He said Seamus Callanan's treatment was ongoing, "and he's doing the best he can. It's very frustrating.

"Cathal Barrett has been rested. He had a little groin strain, he could have been used (against Wexford) but we decided against it", said the manager, who confirmed that the Holycross player would be available for selection for Sunday's game against Kilkenny.

"All in all, we have a very good medical team. You just have to allow the guys enough time. It's frustrating for the chaps, they want to play.

"Sometimes we make calls that we won't use them, and they're not at all happy with us. We think we make those decisions in their best interests".