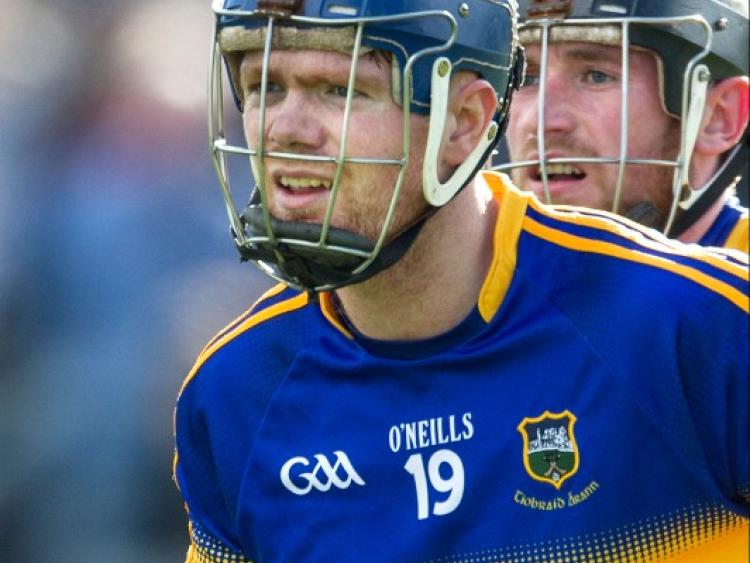 There was little to choose between Tipperary and Limerick in this gripping National Hurling League semi-final at Semple Stadium on Saturday evening.
But a more streetwise and experienced Tipperary outfit eventually got there, after extra time, to qualify for a final against either Kilkenny or Wexford on Sunday week, April 8th.
In a game that has whet the appetite for the championship meeting of the counties on May 20, Tipp made the decisive push for victory in the first minute of extra time.
The additional period was only a minute old when John McGrath pointed and when Limerick goalie Nicky Quaid's puckout went straight to Jason Forde the Silvermines player, who finished with a total of 2-11, buried the ball low in the net, as his team surged four points clear.
A shell-shocked Limerick slipped six points behind near the end of the first half in extra time when Forde scrambled his second goal across the line.
Limerick tried to hang on grimly,as they had done all evening, despite never leading during the 90 minutes.
They seemed to be making little headway until a Graeme Mulcahy goal three minutes from the end ensured a nervous finish for Tipp.
However Tipp held out for a win that owed much to the performances of top scorer Jason Forde, Michael Breen, John McGrath, Ronan Maher, Padraic Maher and Alan Flynn.
Tipp's strength in depth was underlined by the fact that their substitutes included All-Ireland winners Brendan Maher, Cathal Barrett and John 'Bubbles' O'Dwyer.
Limerick, though, lost little honour in defeat and their leading performers were Aaron Gillane, Tom Morrissey, Kyle Hayes, Cian Lynch, Graeme Mulcahy and Diarmuid Byrnes.
Despite the advanced stage of the competition, Tipp's starting line-up bore an experimental appearance, with Daragh Mooney, Tomás Hamill and Willie Connors drafted into the side that beat Dublin in the quarter-final the previous week.
Limerick, still deprived of their Na Piarsaigh contingent, were also understrength.
In front of an attendance of 12,006, the early exchanges were close.
Tipp, with Alan Flynn having a stormer at corner back and Padraic Maher immense, as usual, in the centre of the defence, gradually got on top and a Michael Breen point had them ahead by 0-8 to 0-4 after 22 minutes.
Breen, Jason Forde and John McGrath were also going great guns in the early stages. However a Limerick team that conceded just one goal in their six matches in the league's group stages gradually got to grips with the Tipp forwards.
That defensive solidity proved the springboard for a comeback that eventually saw Aaron Gillane equalise (0-10 each), a score awarded after Hawkeye's intervention, at the end of normal time in the first half.
However there was still time for late first half points from Ronan Maher and Michael Breen that enabled Tipp to lead by 0-12 to 0-10 at the midway stage.
A Jason Forde point had them five clear (0-18 to 0-13) 14 minutes into the second half.
Yet Limerick were in no mood to surrender and a great point from Pat Ryan had the scores level with 14 minutes remaining (0-19 each).
Tipp again forged clear, this time by four points, with a Jason Forde free making it 0-24 to 0-20 with five minutes remaining.
Again Limerick came back, and a Tom Morrissey free in additional time that made it 0-26 each ensured that the game would go to extra time.
Ronan Maher missed a late sideline, but he had earlier struck the score of the game, from another sideline from near the halfway line.
Tipp now have the opportunity to atone for last year's heavy defeat by Galway in the league final.