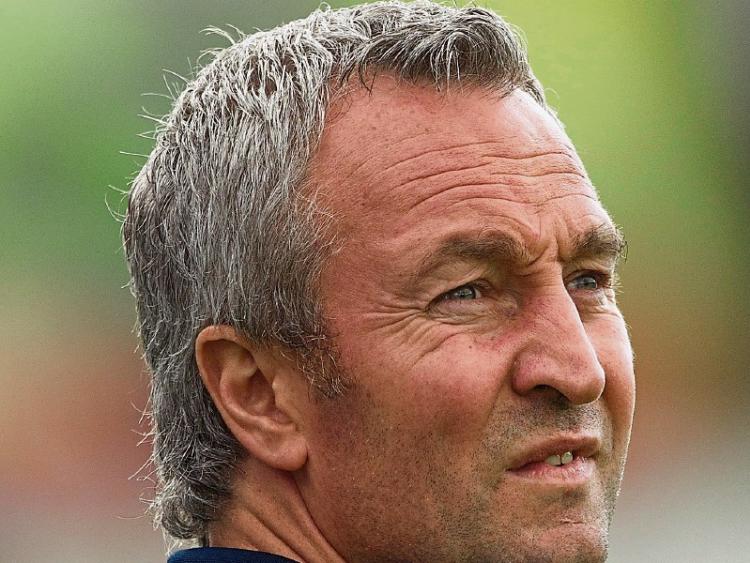 Tipperary manager Michael Ryan predicts that this year's Munster Hurling Championship will be "an absolute belter".

His team won a close battle with Limerick after extra-time in a game that was a dress rehearsal for the meeting of the counties in the provincial championship at the Gaelic Grounds on May 20, six weeks from next Sunday.

"The Munster Championship will be an absolute belter", he said after his side won by a goal.

"But we knew it, it's always like that, without ever putting this (new) structure in place. But now that we all have to go home and away and play each other, everyone plays everybody. It's novel.

"I've been saying it for years, anyone in Munster can beat each other on any given day".

Another top-class performance by Jason Forde was a feature of the semi-final, with the Silvermines player scoring 2-11, 2-3 of which came from play.

"I just think he's had a really good pre-season and Jayo has been there or thereabouts, always within our match day 20, for the last number of years, and I think he just reached a time. He's won his Fitzgibbons, he's been a main player for UL, I just saw a change in Jayo that he really wants more out of this season.

"And nothing is promised, you can only offer yourself up and do the work, but he has certainly done the work and that has showed in spades here over the course of the last six or seven games. "Jason Forde (pictured above) has been really good for us all league long, as have literally the whole of the squad. We've had to mix and chop and give guys opportunities. Fellows are off-colour from time to time as well, you've all of that, it's no different to any other squad.

"They're a great bunch of youngfellows, we don't praise them enough, we really don't. They give and give and give, and are no different to the Limerick squad next door. What a great young team. They're going to have a great summer by the looks of them as well".

The league so far has served its purpose for Tipperary. Their run to the final offers them valuable, competitive match practice in the build-up to the start of next month's championship, while Michael Ryan and his selectors have also had the chance to have a look at several new players.

"No more than any other team, we all called it out that we needed to deepen our squads, and make sure that if a guy gets a call some week in June that he must be able to deliver for you.

"That's exactly how it is panning out, we are getting a chance to see fellas, and give opportunities to fellas. We still have quite a few injuries hanging around and those guys will be coming back to fitness over the next two or three weeks.

"The club games coming up will be important to those fellas, we have to be ready for 20 May (the Munster Championship game against Limerick), obviously that's looking ahead.

"We talk about competition within the squad all the time, it's healthy and it's only going in one direction.

"We won't have Noel (McGrath) back next week, but he's within a week of hopefully getting the thumbs-up on that thumb injury.

"He's a pretty quick healer, we hope. Joe O'Dwyer is the same, he's already back with us hurling away. Seamie (Callanan) is making progress, and Dan McCormack is making a lot of progress.

"I think the club championship games that are coming are going to be hugely important for those guys, to get into the mix and hopefully compete earnestly for a jersey on May 20. "Bonner Maher (above) and Niall O'Meara, they're very close to returning. I think Bonner will be in contention for next week, he's not that bad at all but we just wouldn't risk pushing him, there's no point.

"Obviously they all want to play, which is just a great problem to have.

"We don't allow anyone get comfortable here, it's healthy competition and it keeps everybody on their toes”.

Was it a concern that Tipp were four or five points ahead on a few occasions, only for Limerick to come back into the game?

“We've never called out anything other than we've lots of work to do. This is the end of March, we're not even in April, but everything is coming at us a bit quicker and it's the same for everybody.

“We certainly have things to work on, there's a lot of work going on up in training, we're still waiting to get players back”.