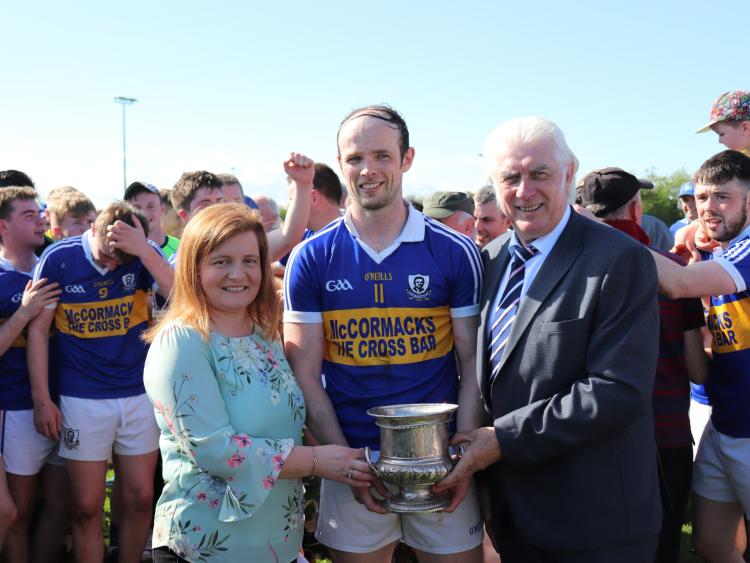 The sun shone bright on what was probably the hottest day of the year so far and two teams didn’t disappoint either. These sides have built up a rivalry over the last two campaigns with both knocking each other out as they went about defending their title. Cashel King Cormacs ended Sean Treacy's reign as champions in 2017 while twelve months previous it was Sean Treacy's who ended Cashel’s reign. Both clubs have also represented the form teams in the division over the last few years with Sean Treacy's losing just once in the last three seasons while Cashel King Cormacs have lost just once in the last four with either side's defeat coming at the hands of the other.

This was an absolute brilliant game of hurling with neither side willing to give an inch. Up to the 28th minute when Eoghan Connolly pointed from a free to put Cashel two points up there had never been more than a point between the sides. Cashel looked like they could pull away when Michael Coleman’s goal put them four up after eight minutes of the second half and indeed with fifteen to go they led by five, but Sean Treacy's refused to wilt. And, un extra-time Sean Treacy's powered on as they out-scored their opponents 0-8 to 0-2.

Both sides went at it from the off. Eoghan Connolly continued his good form from frees and he got Cashel off the mark after two minutes. Jody Ryan caught a second ball out of the air in-a-row and roused the supporters with a huge point. Eoghan Connolly and Patrick Carey swapped points from placed balls to keep the ding dong nature of the game going.

Cashel were creating more chances, but had failed to take them or score from play up to this point.

Darragh Kennedy edged Sean Treacy's ahead for the first time before Simon Delaney got Cashel’s first point from play on the quarter mark. Eoghan Connolly added two points from frees either side of a Jody Ryan point before Darragh Kennedy had the crowd on their feet when he pointed from a sideline. Neither side was willing to give in with Connolly (free) and Coleman pointing for Cashel, but being equally match by two points (play and free) from Paddy Carey. Ross Bonnar got off the mark with a point from play before another Connolly free had Cashel two points up. Cashel ahead at the break 0-9 to 0-7.

Connolly stretched Cashel’s lead on the resumption with another free. Sean Treacy's had chances, but it took four minutes before they registered their first score and then they got two in thirty seconds - a point from a Paddy Carey free and Aaron Ryan getting his first of the game.

A one-point game would suddenly become four - Connolly’s sideline went to the far side of the field where it was collected by Ross Bonnar and he squared back across the goal to Michael Colman who finished to the net.

Cashel looked like a team who could now push on as Sean Treacy's were struggling a little to find scores. Jody Ryan did get in on goal, but saw his shot tipped over by Owen Quirke in the Cashel goal. Dylan Fitzelle and an Eoghan Connolly sideline stretched Cashel’s lead out to five as the game headed towards the final quarter.

Sean Treacy's needed a response and they got it. Points from Brian Carey, Aaron Ryan, Darragh Kennedy and Paddy Carey (all from play) whittled down the lead to the bare minimum. And, Kennedy could have had a goal after being set up by Jody Ryan.

Connolly pointed another free, but Sean Treacy's were in defiant mood. Paddy Carey levelled the game with two pointed frees. Carey edged Sean Treacy's ahead with a '65, but Ross Bonnar pointed twice in a minute to see Cashel back in front. Carey and Connolly continued their form on frees before Carey levelled the game yet again in injury time. Both sides had chances in injury time but failed to take them so extra-time was required.

Sean Treacy's started off extra-time like men possessed, but struggled to make a mark. Paddy Carey uncharacteristically missed a free and Darragh Kennedy failed to connect properly with a goal chance. Cashel too had a goal chance, but failed to take it. Jody Ryan though took the game on and pointed twice in four minutes. Aaron Ryan and Paddy Fahy swapped points before another Paddy Carey free saw Sean Treacy's go three points ahead at half time of extra-time.

The first scores of the second half would be crucial and Paddy Carey pointed twice in the opening two minutes. Cashel were struggling for chances, but Paddy Fahy did force a good save from Shane Stapleton in the Sean Treacy's goal. Oliver Carr pointed with three to go as the Sean Treacy's supporters were now in full voice.