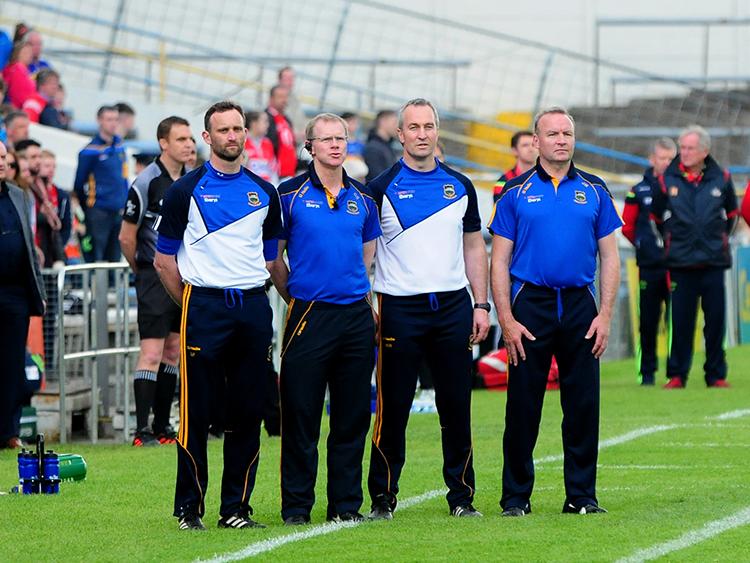 The nightmare scenario is slowing unfurling itself in front blue and gold supporters - lose to Clare on Sunday at Semple Stadium, Thurles and the season is over for Michael Ryan’s Tipperary senior hurling team. On Sunday, June 10th the Premier County host Clare at Semple Stadium, Thurles (throw-in 2pm) - the contest represents Tipperary’s final game in the group stage of the Munster Senior Hurling Championship and it could, potentially, represent the final championship game of the year for Michael Ryan’s men should they lose.

And, Michael Ryan has named the following team to face Clare on Sunday:

Clare will start the following team on Sunday:

Following the defeat suffered at the hands of Limerick (2-14 to 1-23), draw with Cork (2-20 to 1-23) and the controversial share of the spoils with Waterford (2-20 apiece) Tipperary lie fourth in the table on two points. Cork top the group on four points with a game to play while Limerick (three points), Clare (two points) and Waterford (one point) all have two games to go.

A win over Clare would force Tipperary back into the picture in terms of reaching an All-Ireland preliminary quarter-final in third place, but the Premier County are now reliant on results elsewhere to help them out i.e. a win over the Banner would not guarantee the Premier County’s progress. That said, given the various possible permutations, a win on Sunday could also, bizarrely, propel Tipperary into an unlikely provincial final.

The top two teams in the group qualify for the Munster final on July 1st with the third-placed team advancing to an All-Ireland Senior Hurling Championship preliminary quarter-finals against one of the Joe McDonagh Cup finalists.

Realistically, and considering their form thus far, Tipperary are reasonably fortunate to be still in with a shout of keeping their summer alive. And, that fact was not lost on senior hurling manager Michael Ryan or player Brendan Maher this week - both men have appealed to blue and gold supporters to come out in force at Semple Stadium, Thurles on Sunday and make life as uncomfortable as possible for Clare. Indeed, a rocking Semple Stadium should make life a lot more complicated for the visiting team.

Thus far Clare have lost to Cork (1-21 to 2-23 at Páirc Uí Chaoimh) while they walloped Waterford (2-27 to 2-19) at Cusack Park, Ennis - significantly the Banner are coming off a bye week facing into the contest with Tipperary.

The sides have not encountered one another in the Munster Senior Hurling Championship since the 2011 semi-final which Tipperary won well (4-19 to 1-19), but the meeting between the Premier County and the Banner in last season’s All-Ireland quarter-final was less than comfortable for Michael Ryan’s men (ultimately Tipp won 0-28 to 3-16 at Páirc Uí Chaoimh, Cork).

Please be mindful of the fact that Tommy Dunne’s minor hurling team are also in action at Semple Stadium, Thurles on Sunday (throw-in 12 noon) and they would appreciate your support for that contest.