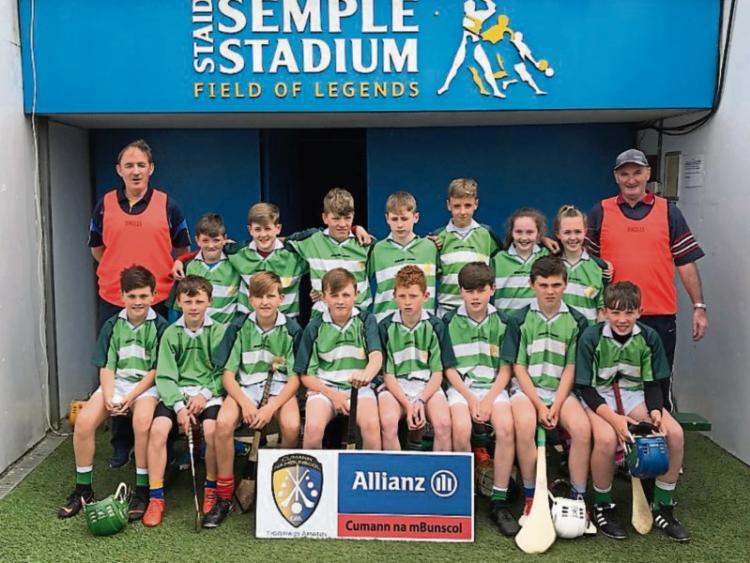 As these two teams entered the field of play no one could have imagined the epic game that was to be played out. Two of the smaller schools that would play in Semple Stadium over the two day event, this game was to be one of the highest scoring and most thrilling games of the entire 2018 Cumann na Bunscoil Finals.

Tomás Ryan would draw first blood for Moyglass and score in quick succession no less that 1-2 for his side to the delight of the supporters present. Tristan Stokes and Dara O’Hora responded quick to the challenge laid down and scored 2-1 between them for Monard, heaping pressure on Moyglass.

Pádraig O’Dwyer showed the skill of the Moyglass side however with a point from a free most senior intercounty players would struggle with. Monard was by no means about to roll over. Darragh Moloney notched up an impressive goal for his side in the second half that would keep Monard spirits high. David McCormack, supported by James Barry broke through the Monard defence and put points over the bar to the delights of the Moyglass supporters.

After a hard fought battle the dust settled and it was to be Moyglass who would claim the title for their side after some tremendous displays of hurling determination from both sides.