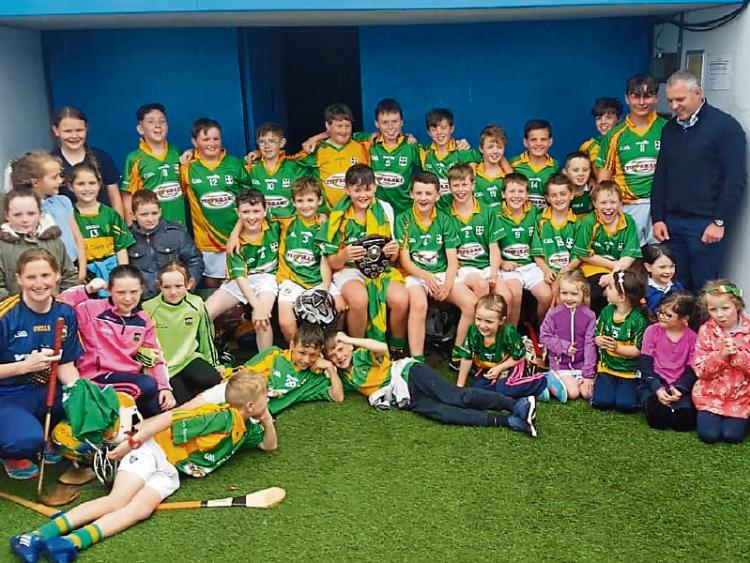 A GREAT DAY FOR THE GLEN! Lisvernane boys and girls and mentors and mascots celebrate their recent county final success.

A couple of early scores from Bobby Power, Jack Ryan and Patrick Gahan had the large Dualla crowd in fine voice early on. Goals from Stephen Carey and the outstanding Kevin Stanley saw Lisvernane thundering back into the game. A point separated the teams at the break with everything still to play for!

The second half was frenetic with the momentum changing hands on several occasions. Midway through the second half, Lisvernane’s Player of the Match Kevin Stanley went on a scoring spree when scoring 5-01 in the space of six minutes to see his team build up a huge lead. The Dualla NS team continued to fight and scores from the outstanding Bobby Power, Player of the Match Patrick Gahan and a terrific goal from the talented Thomas Breen brought them right back into the match. Ultimately Lisvernane were able to get their scores that little bit easier and in Stephen Carey and Kevin Stanley, they have two brilliant players with very bright futures. An absorbing contest between two fine teams.