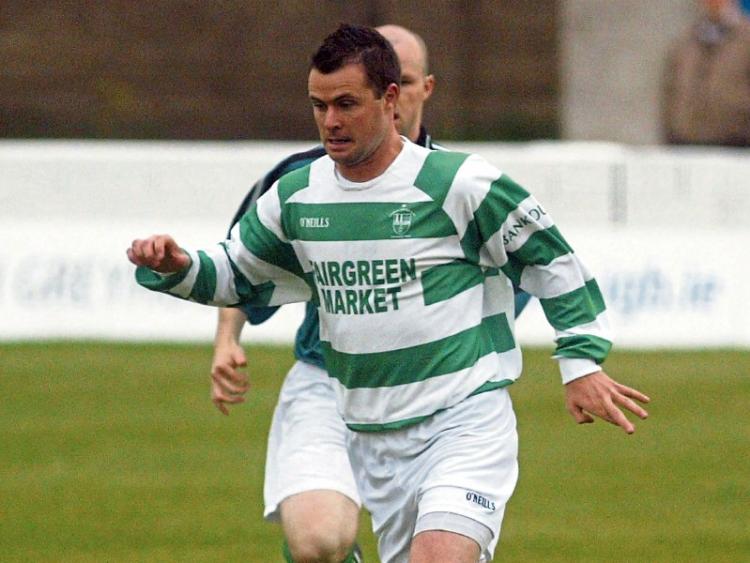 Ian Cleary, Carrig United, on the attack against Pike Rovers in the Munster Junior Cup Semi Final in Jackman Park.

The TSDL soccer league commenced last weekend with four quarter-finals of the John Delaney Cup. But the clash of Clonmel Town and BT Harps of Templemore reveals an interesting statistic.

One of Clonmel Town’s goalscorers in their 4-2 defeat was new signing Ian Cleary, who has now played for THREE Clonmel soccer clubs in ONE calendar year.

Prior to joining Clonmel Town, Ian Cleary lined out for Carrick United.