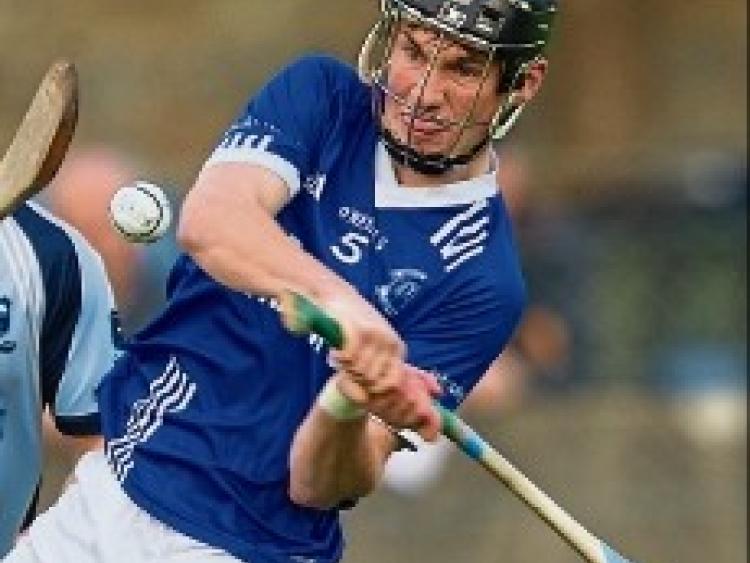 Joe Gunne was one of St. Mary's better players when they were beaten by JK Brackens in the County Senior Hurling Championship

JK Brackens earned their first victory in this second round tie in Group One of the County Senior Hurling Championship's Seamus O'Riain Cup when they defeated an understrength St. Mary's Clonmel team at Leahy Park, Cashel on Saturday evening.

There was little to choose between the teams in the opening half, at the end of which Brackens were ahead by 1-8 to 1-6 after the teams had been level three times.

However the Mid team were much the stronger in the second half, as they pulled clear for a convincing victory.

The Clonmel side, with several players out of the country, played their best hurling in the opening period. They took the lead in the 7th minute (1-0 to 0-1) when Darren Cass found the net after a move involving Seamus Kennedy and Stephen Buckley.

However Brackens regained the lead two minutes later when goalie Darren Russell's puckout broke for Lyndon Fairbrother and the county U-21 player gave St. Mary's 'keeper Shane O'Neill no chance. They were never led after that.

With Joe Gunne, Gavin Ryan and captain Sammy Ryan to the fore in defence, Stephen Buckley working hard in midfield and Darren Cass and Sean Kennedy prominent in attack, the Clonmel team were always competitive in the early stages.

But their cause wasn't helped by the amount of wides they shot. They had nine in the first half alone, and a further six in the second half, as their hopes of victory were buried by that pile of missed chances.

The scores dried up for St. Mary's on the turnover when their performance fell flat. By contrast Brackens, for whom county U-21 player Paddy Cadell, Andrew Ormond and Shane Doyle were outstanding, were more clinical.

Brackens were ahead by five points when Cadell cut through the Clonmel defence to score their second goal twelve minutes from the finish.

Seamus Kennedy had a shot at goal from a free blocked by Brackens net minder Darren Russell while his younger brother Sean had a similar effort from another free deflected over the bar in the dying moments, as the game petered out to a disappointing conclusion for the Clonmel team.