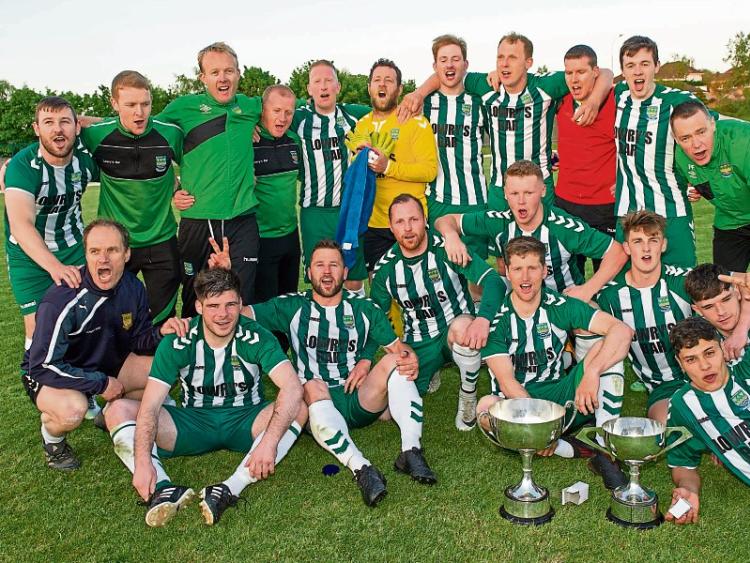 Champions St. Michael's begin the defence of their title on Friday night.

It seems like only weeks back (April actually) when we were crowning St. Michael’s as champions and relegating Old Bridge alongside Two-Mile-Borris, but the TSDL Clonmel Credit Union Premier League returns this weekend with four games down for decision.

The honour of launching the league falls to champions St. Michael’s who following their surprise John Delaney Cup final defeat last week will be in no mood for anything but a win against Old Bridge at Green Lane in Clonmel. This game kicks off at 7 pm on Friday evening and bearing in mind that the only game they lost all of last season was at this very venue, then The Saints will be hotly fancied to collect all three points on offer.

The Bridge got a TSDL reprieve after losing a relegation play-off to Glengoole United and will be hoping to do better this year, their second back at their home base. They have lost a couple of players in the meantime and have a few new faces on their books also. They will be hoping to settle very quickly.

Despite losing two of their star players Clonmel Celtic would be expected to have enough to overcome Vee Rovers.

The clash in Bansha between local rivals Tipperary Town should be a cracker. Flying high after skinning Saints in the John Delaney Cup final, Celtic would like to do likewise to the other Tipperary side. But Tipperary Town surprised many last seasons and will be no push-overs.

Newly promoted Cahir Park will be hoping to get off to a flying start at home to Peake Villa but depending on what kind of a side make the visit from Thurles will determine the outcome here. With a tendency to blow hot and cold, if Peake Villa are in the right mood they could get their season off to a win in Cahir on Saturday evening.